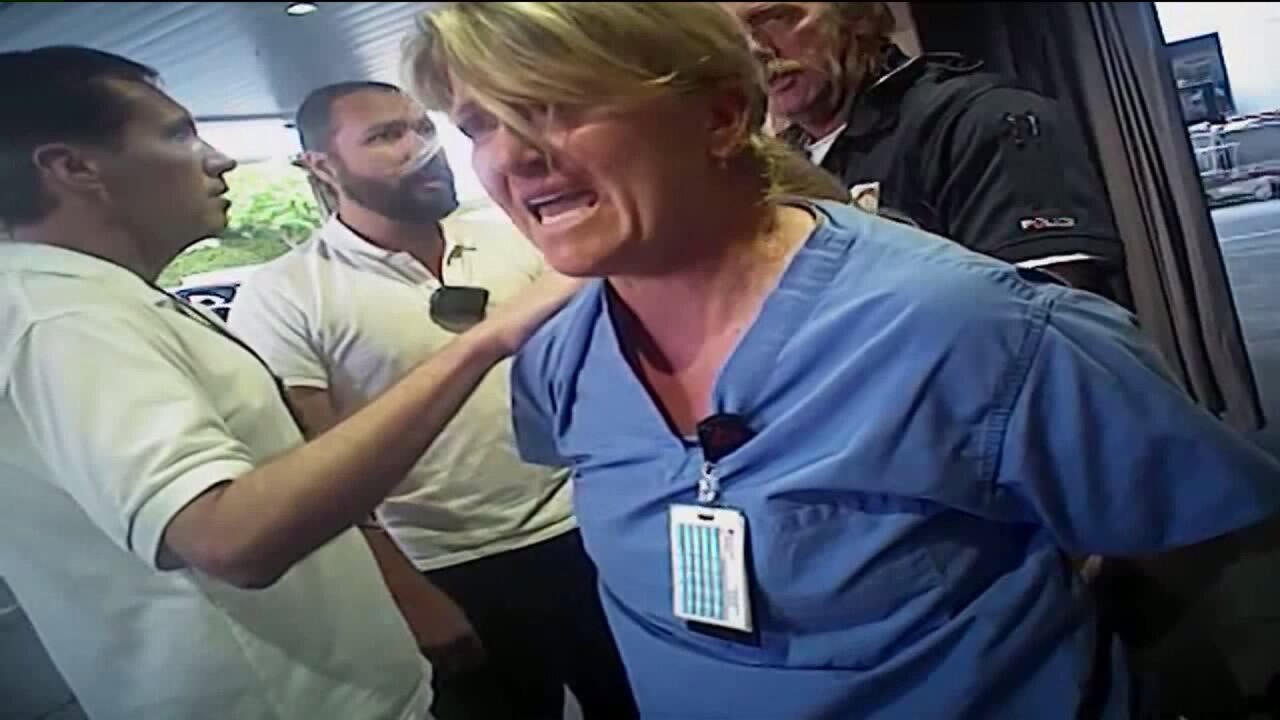 The audit, released Tuesday, said the SLCPD handled its internal affairs investigation into the high-profile incident in a timely manner and consistent with its policies.

“Much of the public’s apparent discontent with the Wubbels complaint seemed to center on the public’s belief that the SLCPD failed to act on the case, failed to act quickly enough, or actually attempted to cover up the event from the public,” the audit states.

The audit suggested the timetable for the internal affairs investigation was consistent, and not a deliberate attempt by the police department to keep information from becoming public.

“Similar to the public’s concerns regarding the timeliness of the investigation, much of the public expressed concern that the Wubbels matter was purposefully hidden or covered up by the SLCPD. However, the public did not know about the Wubbels investigation until the body camera footage was released by a private party because the investigation was ongoing at that point of time,” the audit said. “The SLCPD policy manual requires that sensitive information, including disciplinary information, generally remain confidential.”

The audit suggested that SLCPD consider being more public about the status of some investigations, but it acknowledged there are bigger restraints, including procedures with the civil service commission and employment law protections.

“However, these employment protections, especially those provided in the [memorandum of understanding] appear to heavily favor the officer to the disadvantage of the public and SLC taxpayers,” the audit said.

Alex Wubbels, a nurse at the University of Utah Hospital, was arrested after she refused to allow a detective to draw blood from an unconscious patient without a warrant. Body cam video of officers grabbing her as she told them to get appropriate legal documentation sparked outrage and a recent law change by the Utah State Legislature. Wubbels settled with SLCPD and Detective Jeff Payne was fired.

The audit also criticized SLCPD over how it handles some secondary-employment involving employees. It also said SLCPD did not do enough to accommodate employees’ religious beliefs. The audit said some SLCPD management believed a religious accommodation was no different than any other request for an excusal.

“The reason for refusing to consider an exception to an assignment based upon a religious practice or belief was attributed to the SLCPD’s command structure and the administrative approach of ‘your assignment is your assignment,'” it said.

The audit said SLPD management “do not fully understand the protections of religious accommodation as required by Title VII.”

Although Utah State Auditor John Dougall told FOX 13 he was referencing no specific incident and instead focusing on policy and practice, it appeared to relate to the situation of former SLCPD Officer Eric Moutsos, who was disciplined for refusing to work the Utah Pride Parade in 2014 after he cited a religious objection.

In a letter sent to the Utah State Auditor, Chief Mike Brown said his agency concurred with the recommended changes.