You may get to vote on medical marijuana, healthcare, ballot issues and redistricting 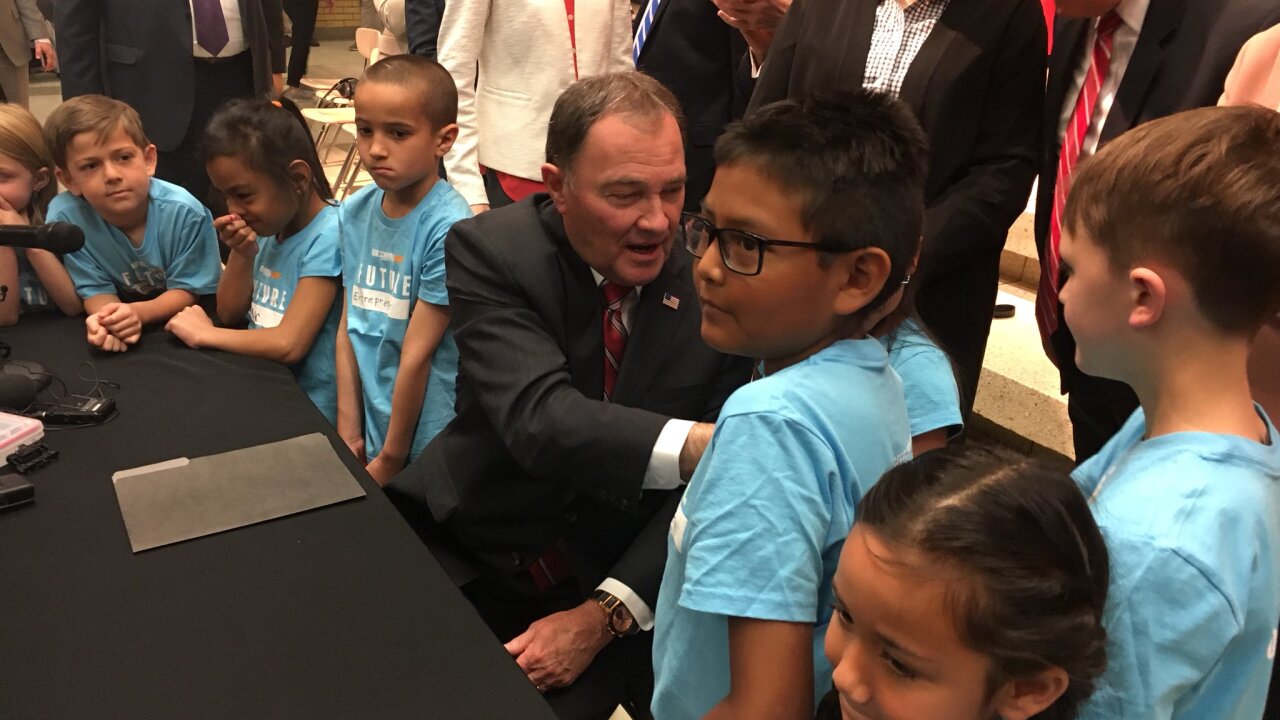 BOUNTIFUL, Utah -- Governor Gary Herbert held a ceremonial bill signing before hundreds of excited elementary school children to keep up his end of a bargain.

It was part of a complex tax deal struck in the final days of the Utah State Legislature that kicks as much as $600 million over the next few years to education by hiking property taxes (with some people also seeing a lowering of income tax). There will also be an opinion question on the November ballot about raising the gas tax to pay for roads.

In exchange, the "Our Schools Now" ballot initiative ends.

Speaking to the children and adults in the room, supporters of Our Schools Now praised the deal.

"We’re here today because we believe in you and your ability and in your potential," said Utah Jazz owner Gail Miller.

The money will be spent giving teachers raises, hiring more counselors in schools and buying more schools technology and other supplies. Asked if it's enough, Utah State Schools Superintendent Sydnee Dickson told FOX 13: "Do we ever have enough money for schools? This is a great start."

Our Schools Now supporter Nolan Karras said it was a start, promising to keep pushing the legislature to keep education funding a priority.

"It’s not a one time thing. It’s a journey over the next several years so working with the legislature and making sure we’re funded in year two or five," he said.

Our Schools Now claimed to have more than 150,000 signatures gathered -- more than enough to qualify for the November ballot. But asking residents to hike their own taxes is always a tough proposition. It was one of numerous initiatives that may appear before voters.

Monday's deadline brought an end to signature gathering for all the ballot initiatives. Here's where the campaigns told FOX 13 they were:

In order to qualify for the November ballot, initiatives must collect a minimum of 113,000 signatures in 26 of 29 senate districts in Utah. Those signatures must be validated by county clerks and the Lt. Governor's Office. The deadline for that is May 15.

"We feel pretty confident that we’re going to be on the ballot," DJ Schanz of the Utah Patients Coalition told FOX 13. "It’s taken a lot of hard work from a lot of people and a lot of credit goes to the literally thousands of volunteers that have gone throughout the state to get signatures."

Gov. Herbert told reporters on Monday he did not expect every initiative would qualify for the ballot. He said medical marijuana was the only ballot initiative he would be speaking out against.

"I support medical marijuana but I think there’s some flaws in the initiative," he said.

Schanz said the governor was in the minority.

"Seventy five percent-plus of the state supports this issue," he said. "The numbers have done nothing but go up."