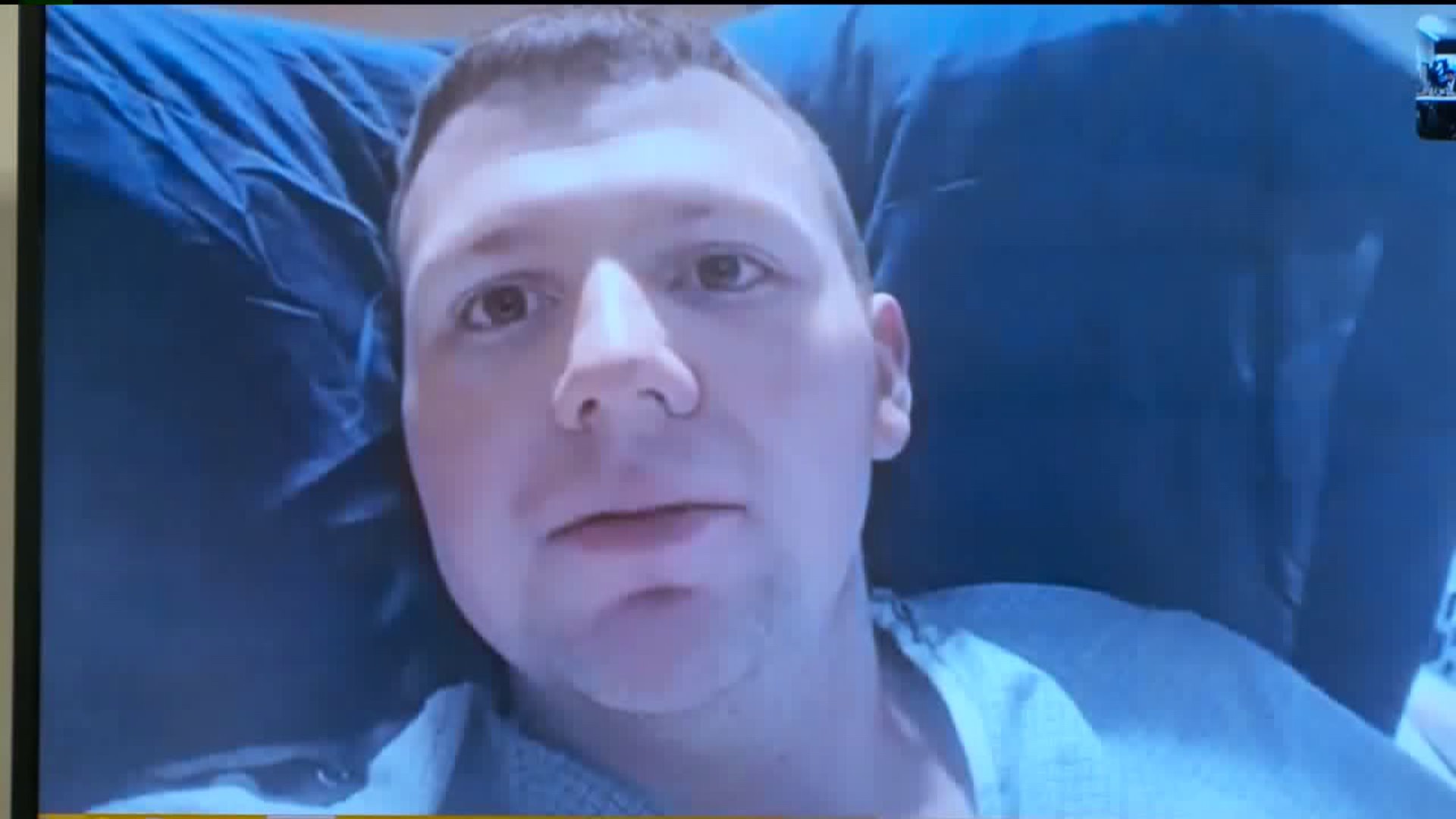 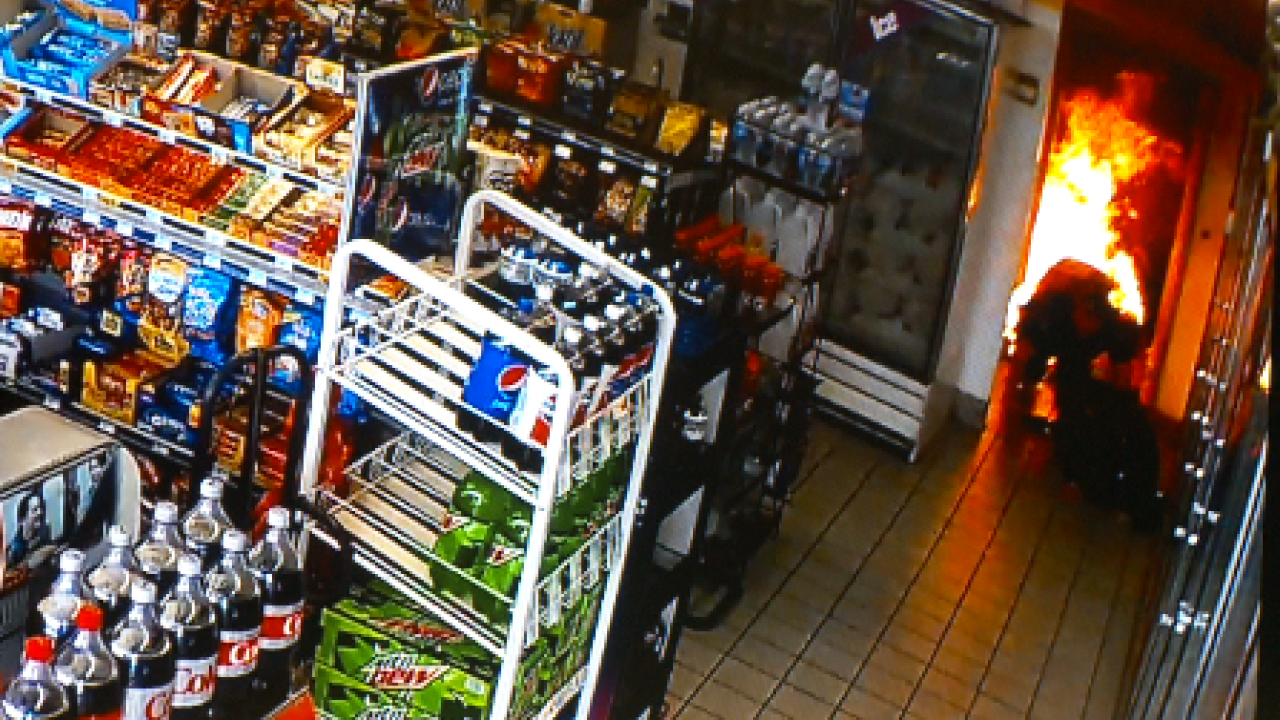 WARNING: The story below contains videos and photos that show a man who set himself on fire, injuring several police officers. Viewer discretion is advised.

KAYSVILLE, Utah -- Four police officers who were burned while rescuing a suicidal man who set himself on fire inside a gas station are speaking about the experience.

"Obviously, he was in crisis," Officer Turner said.

The officers were called to try to help the man who doused himself in gasoline and was holding a Zippo lighter in his hand inside the convenience store bathroom. They tried de-escalating the situation, talking to him and offering him help.

As negotiations broke down, Officer Jackson said he waited for the man to close the lighter and then lunged for it.

"I remember grabbing him and kind of wrestling him," said Officer Bradshaw. "I heard the sound of fire going up and it got extremely hot and we made a mad dash to get out."

Sgt. McKinnon said it was a courageous move to try to get the lighter away from the man, but it sparked.

"It was very hot, very intense, and all five of us turned to the door which, thank God, was open," he said.

Surveillance video released by Kaysville Police on Thursday showed the flash of fire, and the officers scrambling as the burning man rips his clothing off and lunges into the convenience store shelves. Officers moved quickly to douse the flames. Officer Turner took a fire extinguisher to the man. A deputy nearby took a rubber mat to help beat down the flames on Officer Jackson.

Surveillance video from a gas station shows officers scrambling to help a man who set himself on fire. (Image via Kaysville Police Dept.)

"Both my legs and my calves are third-degree burns. They will be having to do surgery on them. My left arm was burned from my wrist to my shoulder," Officer Jackson told reporters over a video conference link from his hospital bed.

Officer Bradshaw's arms are still bandaged from the second-degree burns he received.

"It’s hard to tell my face got burned it actually looks pretty well. I was burned here from up and around back and burns here," he said, motioning from his neck to his ear.

Sgt. McKinnon and Officer Turner have been cleared to return to duty. The man who attempted to immolate himself remains hospitalized in critical condition in the University of Utah Hospital's burn unit.

"I feel bad for him. We deal with people that are in crisis. Obviously our main goal is to help them and get them the help they need. It’s a sad situation he was in some point in his life where he felt like he needed to do this," said Officer Bradshaw. "I hope he gets the help he needs."

The officers said they were appreciative of overwhelming community support since the incident.

"My job is to protect lives," said Officer Jackson. "And if I have to risk mine to save somebody else, I’m going to do that."