Suspect shot, killed by police after breaking into West Valley City home with 3 children inside 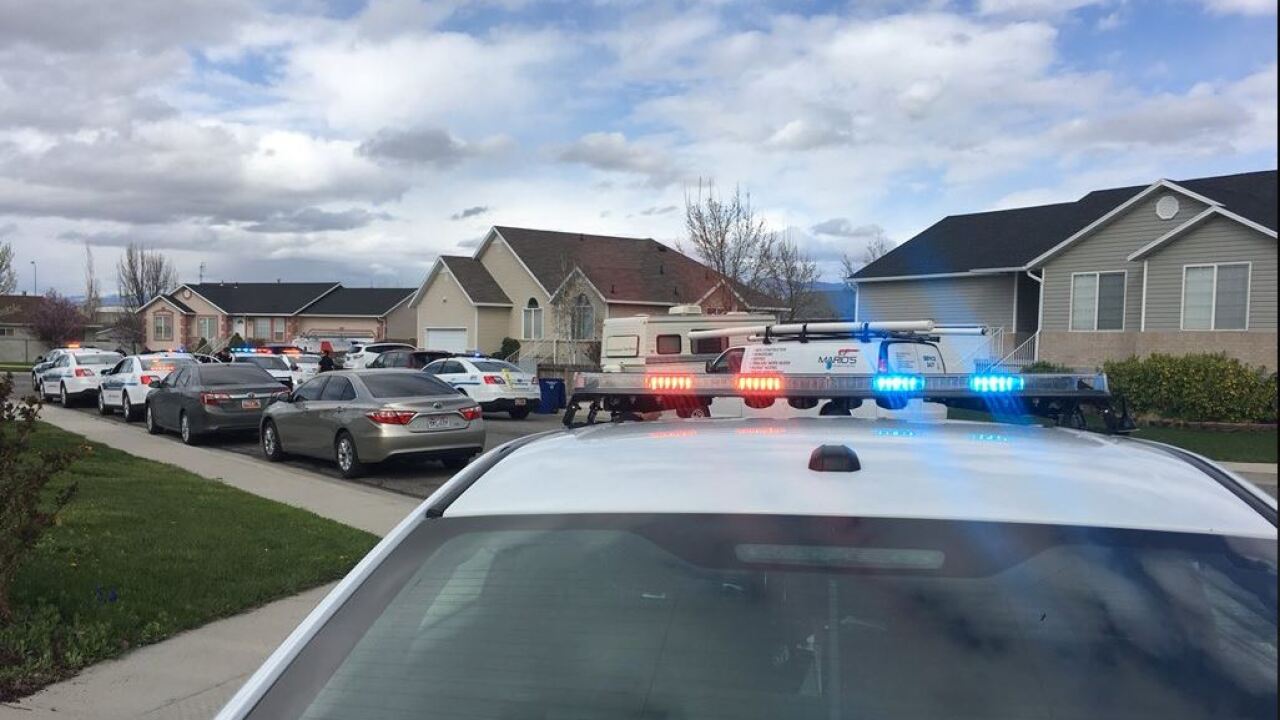 WEST VALLEY CITY, Utah --  A male suspect in a theft was shot and killed by police Sunday after authorities say he forced entry into a home with three young children inside.

West Valley City Police say things began at about 3:15 p.m. with a theft at a cell phone store in the area of 3400 South Redwood Road. Police spotted a man matching the description of the suspect in that case, and that man fled on foot when officers approached him.

“Officers pursued the suspect on foot, the suspect entered a home and had a confrontation with the homeowners," said Chief Colleen Jacobs, West Valley City PD.

The suspect fled after that confrontation, then made forced entry into a second home, this one located nearby on Jenelles Bay. Police say there were three children inside the home at the time.

“At some point, three officers entered the home," Jacobs said. "Shots were fired, and the suspect is deceased."

While police confirm the suspect is deceased, no further details are available at this point. His identity has not been released.

It is unclear how many officers fired shots or if the suspect was armed.

"I don’t have that information, that's part of the investigation that the protocol team will be conducting for this incident," Jacobs said regarding questions about whether the man was armed.

The children inside the home, who police say are preteen age or younger, were unharmed. Police say there were no injuries reported beyond the fatality.

Police say it doesn't appear that the suspect is connected with either home in any way and that the break-ins were random rather than targeted.

West Valley City Police say an Officer-Involved Critical Incident team from Unified Police has responded to the scene. Utah law requires all critical incidents involving a police officer to be investigated by an outside agency.

Fox 13 News has a crew at the scene and will update this story as more details emerge. Watch Fox 13 News at Nine Sunday for the latest on this developing story.