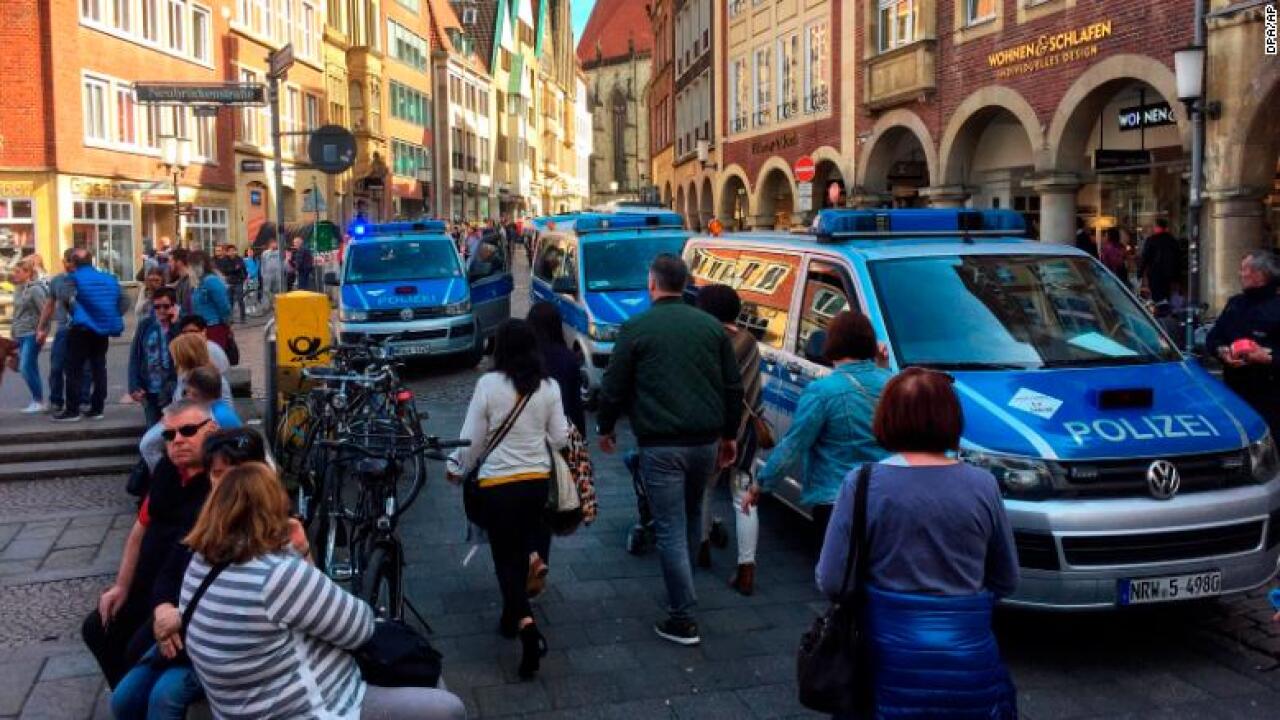 MUENSTER, GERMANY – A delivery vehicle slammed into a crowd Saturday in an apparently deliberate attack in the German city of Muenster, killing three people and leaving 20 others injured, police said.

The driver shot and killed himself, a police spokeswoman said.

Authorities are treating the incident as a deliberate attack, the spokeswoman said.

Muenster police spokesman Andreas Boden told local media that the motive and identity of the driver is unknown.

The attack happened in the old part of the western German city, an area popular on weekends.

The vehicle drove into a restaurant’s open terrace around 3:30 p.m. local time, according to police spokeswoman Vanessa Arlt.

A van crashed into a crowd in the German city of Muenster on April 7, 2018.

Muenster, with about 300,000 people, is home to numerous universities and has a student population of about 58,000, the city government says. The city calls itself the cycling capital of Germany and says about 100,000 residents use a bike daily.

Ulrike Demmer, a spokeswoman for the German government, called news of the attack “horrible” on Twitter. “Our thoughts are with the victims and their loved ones,” she said.

“With dismay, I learned of the terrible incident in Muenster,” Interior Minister Horst Seehofer said in a statement, adding, “Police in Muenster and throughout (the federal state of North Rhine-Westphalia) are now working hard to investigate the matter.”

The US Embassy in Berlin also expressed its condolences in a tweet Saturday. “The US Mission in Germany has the victims and their family and friends in our thoughts and prayers,” the embassy said.

Saturday’s crash occurred on the one-year anniversary of a similar attack in Stockholm, Sweden, when a stolen beer struck pedestrians, killing five people.