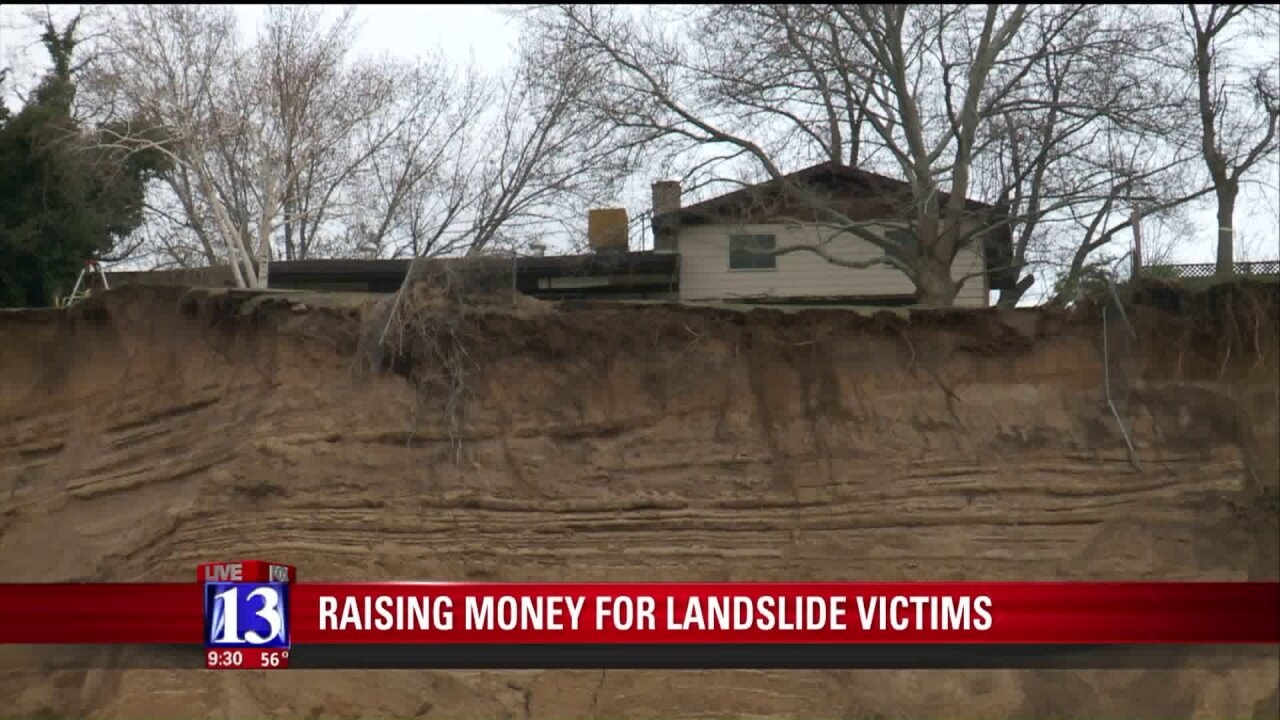 RIVERDALE, Utah – A community is rallying to support the victims of a devastating landslide.

In November, a hillside in Riverdale started to crumble and it hasn’t stopped—forcing several families to abandon their homes.

To raise money for those displaced from their homes, a yard sale and bake sale was held Saturday at the Riverdale Community Center.

“Can you imagine, they are still making mortgage payments on houses they can't live in,” said Sandy Seifert, who helped organize the event. “They can't really go buy a new home because they have this encumbrance.”

The idea for the event came to life only two weeks ago thanks to a woman’s post on Facebook.

“There was a sweet lady on the Riverdale City Facebook page who spoke up—she doesn't even live in Riverdale anymore—who just spoke up and said we got to help. We got to help those families,” Seifert said.

People donated everything from baked goods, to clothing, to arts and crafts—with all of the money raised at the sale to be split evenly between the landslide victims.

Joan Reeder lost the house she and her family have called home for more than four decades.

“Even when I saw things falling, I didn't think it would touch my house or me; it did,” Reeder said with a laugh.

She was forced to evacuate and was told the house would be destroyed.

“I just live one day at a time and believe I will be OK,” Reeder said.

Reeder and other victims, like Misty Richardson, a mother of five, have lost everything.

“Rent, on top of the expense of everything—It's been very expensive,” Richardson said.

The tragedy has left behind financial ruin. That’s why the community is doing anything it can to help.

“It’s very sad because they are my neighbors,” Seifert said. “I am about 150 yards away from it. It’s so sad.”

Dozens of people from Riverdale and beyond came out to support the cause. The kindness isn’t going unnoticed.

“I think they are amazing; the people who put this together have worked so hard,” Reeder said.

Reeder manages to stay positive through this life-changing event. She believes everything happens for a reason. The one thing the landslide can’t take away, is the support from the community.

An account has been set up at America First Credit Union where those who would like to help can make donations to the Riverdale landslide relief fund.