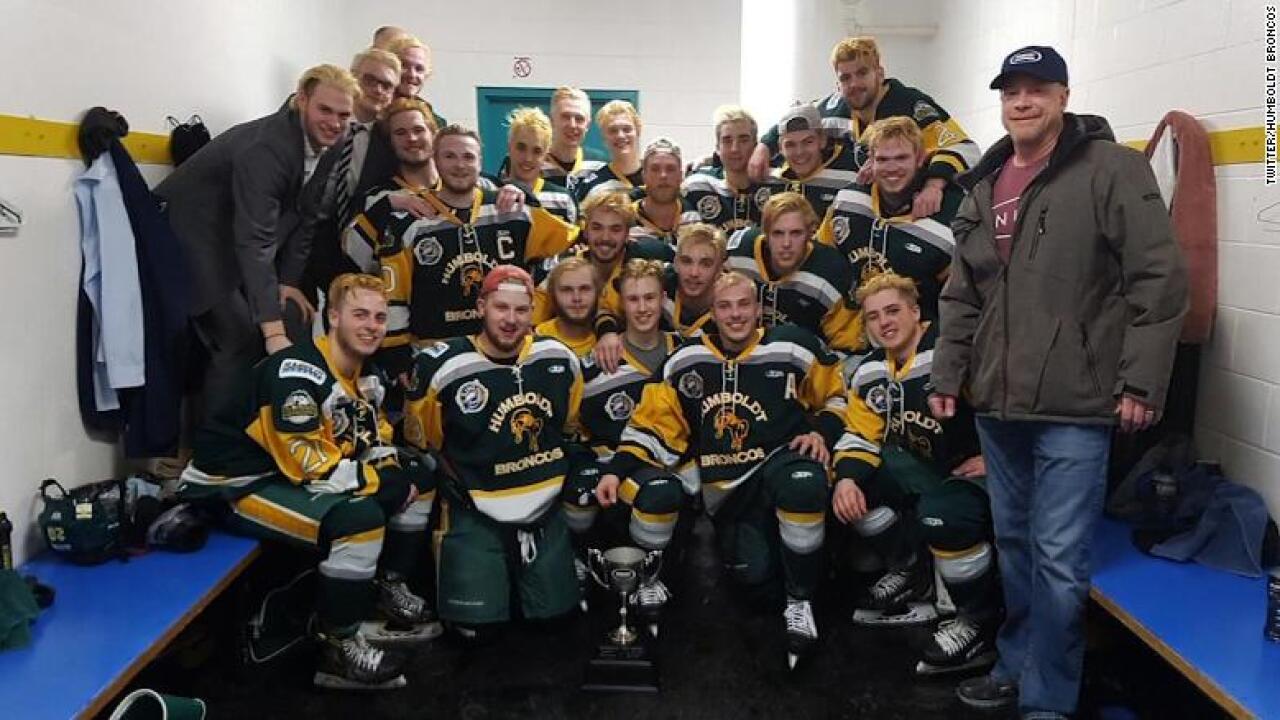 Members of the Humboldt Broncos were headed to the town of Nipawin for a Saskatchewan Junior League playoff game when the crash happened north of Tisdale.

Fourteen others were injured and taken to a hospital. Three were in critical condition, the Royal Canadian Mounted Police told CNN partner CTV.

Twenty-eight people — including the driver — were on the bus at the time of the accident, police said.

Authorities have not identified the victims and would not confirm whether they were players or coaches. Junior league hockey teams are for athletes ages 16 to 20.

“Our thoughts and prayers are extended to the families of our staff and athletes as well as to all who have been impacted by this horrible tragedy,” Kevin Garinger, the team’s president, said in a statement. “Our Broncos family is in shock as we try to come to grips with our incredible loss.”

In Humboldt, people showed up at the Elgar Petersen Arena to offer support, according to CNN partner CBC. Daigon Elny, a member of last year’s team, told CBC, “We were a family. You come to the rink … what’s better than that?

A gathering place also was established for families at Nipawin Apostolic Church so they can find out information on their loved ones, according to the Royal Canadian Mounted Police.

The Humboldt team was scheduled to play the Nipawin Hawks in the fifth game of a best-of-seven playoff series on Friday. The teams earlier played a lengthy game Wednesday that Nipawin won 6-5 in three overtimes in Humboldt, leaving Nipawin with a 3-1 series lead.

Canadian Prime Minister Justin Trudeau expressed his condolences on Twitter to the victims of the crash.

“I cannot imagine what these parents are going through, and my heart goes out to everyone affected by this terrible tragedy, in the Humboldt community and beyond,” Trudeau tweeted.