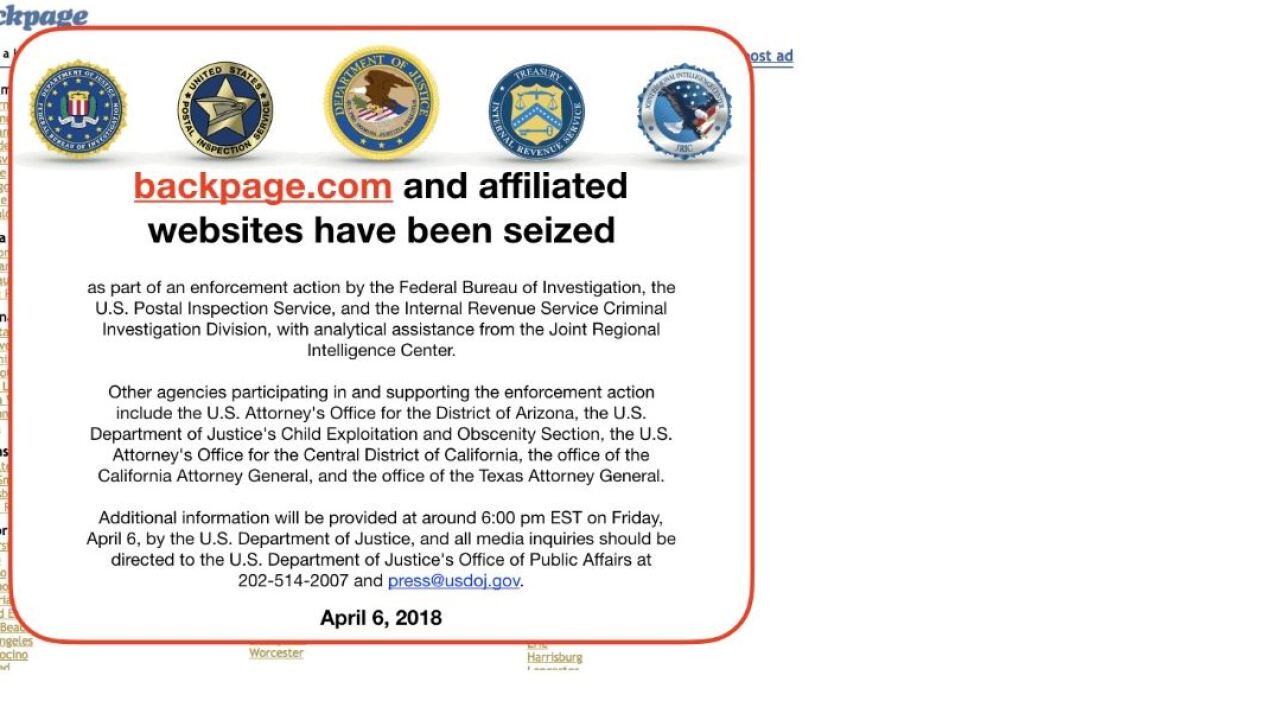 The classified ads website Backpage.com has been seized by federal law enforcement agencies, according to a banner that popped up on the site Friday.

The banner says, “backpage.com and affiliated websites have been seized as part of an enforcement action” by the FBI, US Postal Inspection Service and the IRS Criminal Investigation Division.

Lawmakers on Capitol Hill and advocacy groups have long called for an investigation into Backpage.com for allegedly facilitating prostitution and sex trafficking.

A spokesperson for the Justice Department confirmed to CNN that the website has been seized and that additional information will be provided after 4 p.m. MDT.