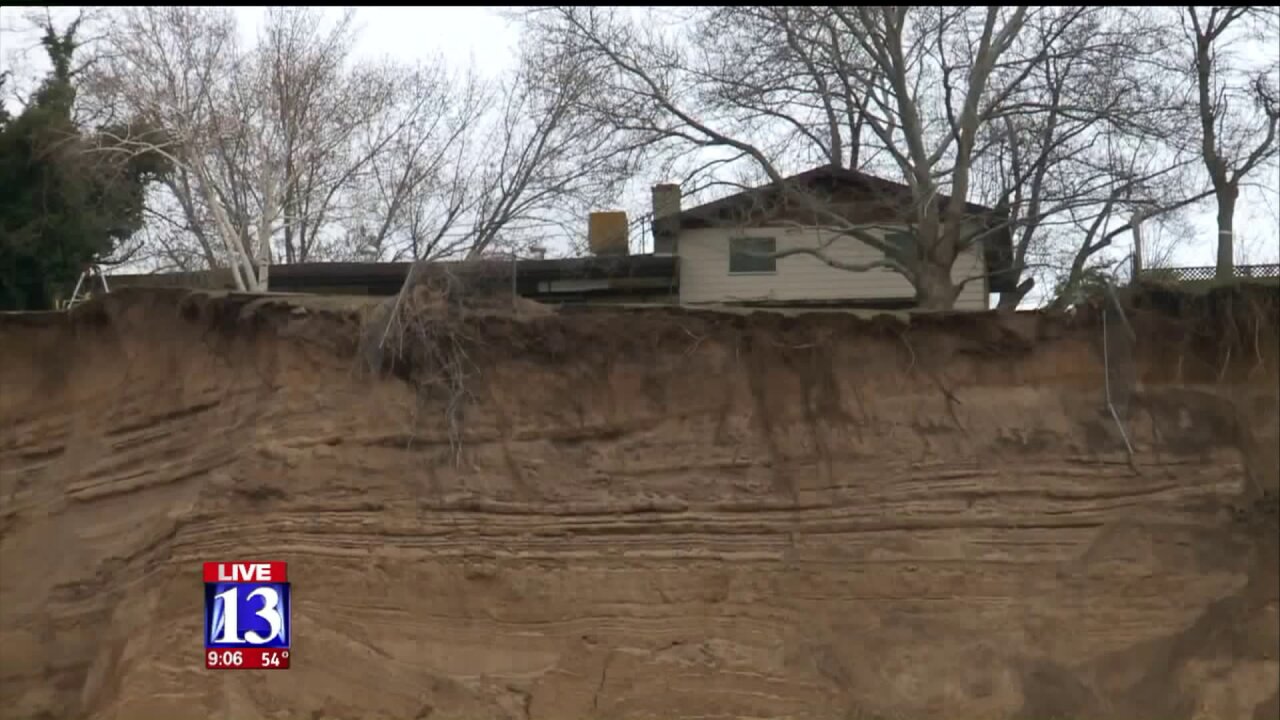 RIVERDALE, Utah -- Riverdale residents are prepping to give the victims of a devastating landslide a huge helping hand on Saturday, by hosting a community fundraiser in the form of a huge indoor yard sale.

Friday evening, several stopped by the Riverdale Recreation Center to drop off dozens of donations set to be sold to raise money for the four homeowners who have been evacuated because of the landslide, and the farm owners whose land has been destroyed from the mud.

"Just felt like we need to do something to give back," said volunteer Kari Mathieu.

"I can't imagine the stress and heartache that they've gone through," she said, of the families.

She said she and a few others got the idea for a yard sale fundraiser after one of the evacuated residents attempted to hold a yard sale to sell off the items the woman was forced to move from her now-abandoned home.

"They've lost everything," Davis said. "That's their home, their memories."

On the hill that rises above Riverdale Road, the community can see the slow progression of the landslide, as it chips away toward the homes.

According to the Utah Geological Survey, the cliff edge currently sits 16.5 feet away from one of the houses. It sits 43.3 feet from the house Gari Manning used to live in, and her mother currently owns.

On March 30, she said they received a letter from the city that served as a notice to vacate the homes.

While the letter said it's hard to predict the landslide's path, Manning said they're waiting and watching.

"They suspect that [the landslide is] likely going to take out these homes," she said.

Mixed in with that preparation for loss, is recognizing the community support.

"There has been a lot of support and a lot of good moments that happen," Manning said.

She said the Riverdale Lion's Club hosted a spaghetti fundraiser. The city and the company AbateX stepped in to remove the asbestos from her mother's home so the family wouldn't have to pay thousands of dollars to do so, she said.

Manning held up her mother's car mechanic bill for close to $800, which she said was paid in full by a Good Samaritan who had heard her mother's story, and decided to help.

"On there is this note that says, 'God bless you dear... You are not alone,'" she said, reading the note.

Not to mention the community fundraiser planned for Saturday. Manning said when the situation is long over, it's the good moments she'll remember.

"Oh my goodness, it's huge," Manning said, of finding out about the yard sale. "It's huge to everybody up here. So, thank you for that."

The community yard sale will take place at the Riverdale Rec Center on Saturday, April 7, from 8 a.m. to 1 p.m.

Davis said the yard sale will also include a bake sale, a silent auction, a raffle, a balloon artist and food trucks.