Help these innovative students make it to their next competition 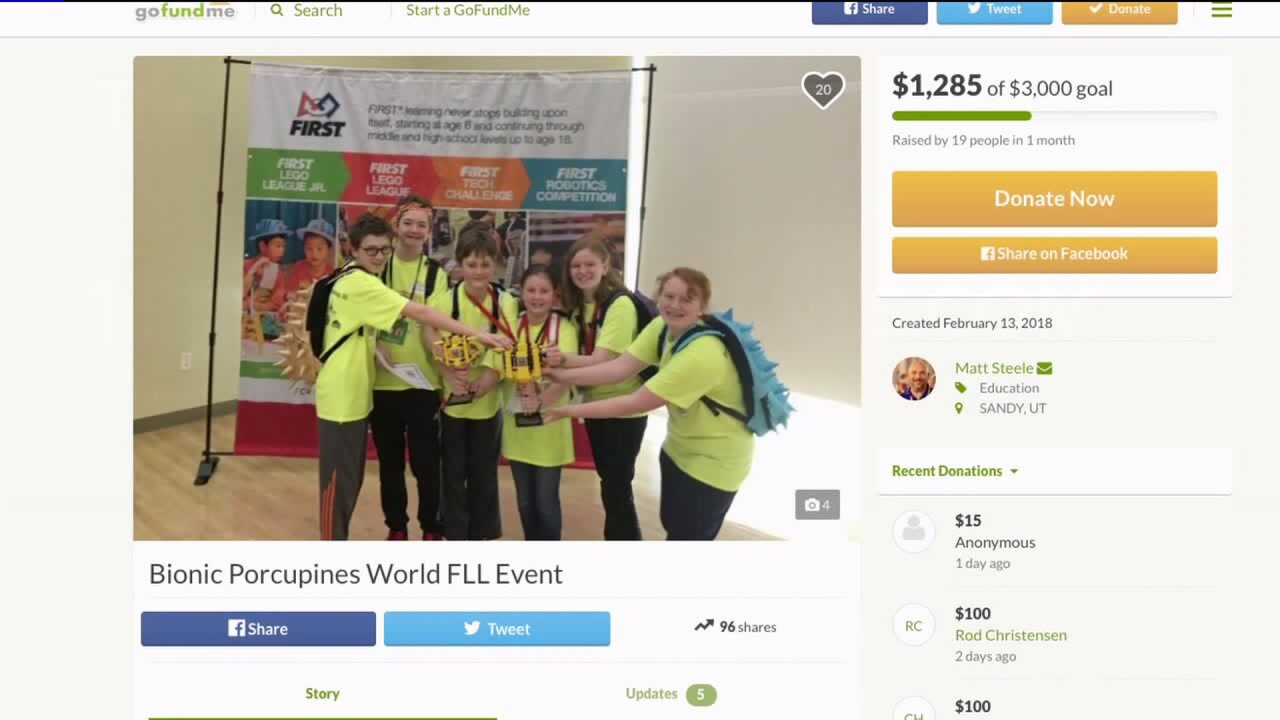 Canyon School District Students invented an app that will tell you how much water you use on any given day and now have the opportunity to go to a First Lego Leauge worlds competition to compete with the best innovators around the world.

Driven by their love of problem-solving and desire to change the world, in just three short years, the "Bionic Porcupines lll" have won two major awards and created two remarkable systems to solve major world problems.

Most recently, the group decided to tackle the difficult task of water conservation.Through various forms of research, they developed an app called "Water Bank" which uses smart meters installed by Sandy City to monitor how much water you are using at home. The app allows for homeowners to be aware of how much water they are actually using and try to reduce their water usage and preserve the planet.

Now, the six students who ake up the Bionic Porcupines are looking for help to get them to the world First Lego League competition. It's expected to cost about $10,000 to cover the costs of their attendance for the five days of the competition and their set up and teardown. They're asking their local Utahan's to contribute to whatever they can to help them make it to this competition so that they can continue to change the world.

If you're interested in contributing to the Bionic Porcupines competition expense, you can visit their GoFundMe page at www.gofundme.com/bionic-porcupinesworld-lego-champs  or visit their website here for more information.