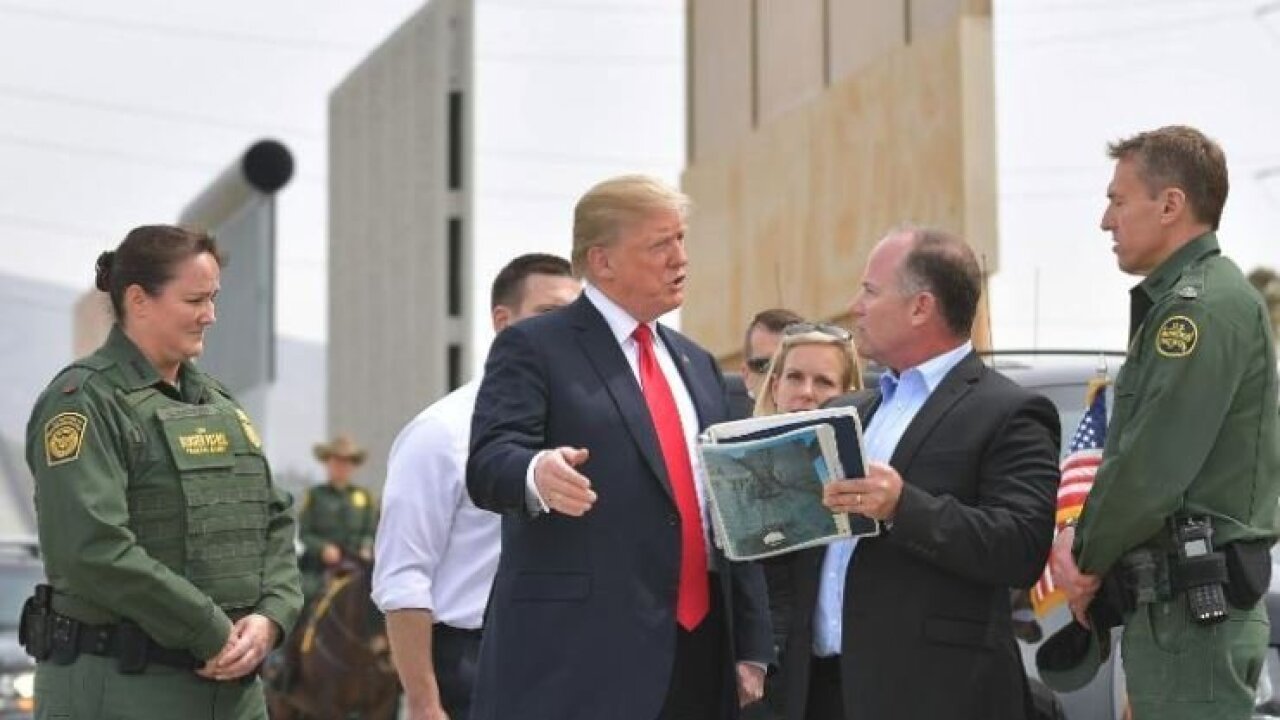 President Donald Trump officially signed a memorandum to deploy the National Guard to the southwest border on Wednesday, a move that followed days of him calling for more border security.

Key details like the numbers of troops, how long they will be deployed, how much it will cost and where they will go are still being finalized.

In the memo he signed Wednesday evening, Trump declared the defense secretary “shall request use of National Guard personnel” to secure the border and that the homeland security secretary will work with him to train and direct the troops in that mission.

He said in the memorandum that “the security of the United States is imperiled by a drastic surge of illegal activity on the southern border.”

Homeland Security Secretary Kirstjen Nielsen first announced the move would be coming from the White House podium Wednesday afternoon during the daily briefing.

It followed days of public fuming by Trump about immigration policy, during which he has tweeted about immigration legislation in Congress, a caravan of migrants making its way through Mexico and what he calls weak border laws.

Border crossing numbers have been historically low and a study from the Department of Homeland Security last fall determined the border was at its most secure and most impervious to illegal immigration point in history — though numbers released by the DHS late Wednesday showed a sudden spike in attempted crossings last month.

Nielsen cited a historic uptick in border crossings in spring months like April and advertising from smuggling groups as reasons for the move, calling it in part “anticipating.”

“Why not yesterday and tomorrow? Today is the day we want to start this process,” Nielsen said. “The threat is real, as I mentioned.”

The memo instructed the two secretaries and Attorney General Jeff Sessions to put together a report within 30 days on further steps the administration can take to combat what it called a “crisis” and “a drastic surge of illegal activity on the southern border.”

Nielsen said troops could be sent to the border as soon as Wednesday night.

“It does mean that,” Nielsen said when asked about how quickly this could be implemented. “It also means we will do it in conjunction with the governors.”

But a senior administration official said on a briefing call with reporters that the memorandums of understanding are still being negotiated among the DHS, Department of Defense, National Guard Bureau and relevant governors.

“We expect personnel to be on the border quickly, but at this time we don’t have a date. That will be coming soon,” the official said.

The DHS has not asked for specific numbers but rather presented the National Guard with the “mission” that Customs and Border Protection would need support on, leaving it up to the Guard to determine what kind of deployment would meet that goal.

Nielsen added that she didn’t want to “get ahead” of the state governors who will have a heavy say in the deployment of troops, but said it would be similar to past such efforts.

“It will be strong. It will be as many as needed to fill the gaps today,” she said.

Arizona Gov. Doug Ducey tweeted, “Arizona welcomes the deployment of National Guard to the border. Washington has ignored this issue for too long and help is needed. For Arizona, it’s all about public safety.”

Asked if the move Wednesday came because of something the President saw on TV — a reference to his ire about the migrant caravan after it was covered on Fox News — Nielsen demurred.

Since the passage of the government spending package for the year — which included $1.6 billion for border security but only a few dozen miles of new border barrier construction and a nearly equal amount of replacement fencing — Trump has been critical of Congress for denying him more money.

Trump privately floated the idea of funding construction of a southern border wall through the US military budget in conversations with advisers, two sources confirmed to CNN last week — a plan that faces likely insurmountable obstacles in Congress.

Nielsen spent a large portion of her time at the White House podium criticizing Congress, saying it had failed to pass meaningful immigration laws or give the DHS the authorities it has asked for, some of which would amount to dramatic changes to US law that could have implications in the courts and international law.

Sending National Guard troops to the border is not unprecedented. Both of Trump’s predecessors also did so, though the moves were criticized as costly and of limited effectiveness.

US law limits what the troops can do. Federal law prohibits the military from being used to enforce laws, meaning troops cannot actually participate in immigration enforcement. In the past, they’ve served in support roles like training, construction and intelligence gathering.

From 2006 to 2008, President George W. Bush deployed 6,000 guardsmen to southern border states, costing $1.2 billion and assisting with 11.7% of total apprehensions at the border and 9.4% of marijuana seized in that time.

From 2010 to 2012, President Barack Obama sent 1,200 guardsmen to the border to the tune of more than $110 million, and they assisted with 5.9% of the total apprehensions and 2.6% of the marijuana seizures on the border.