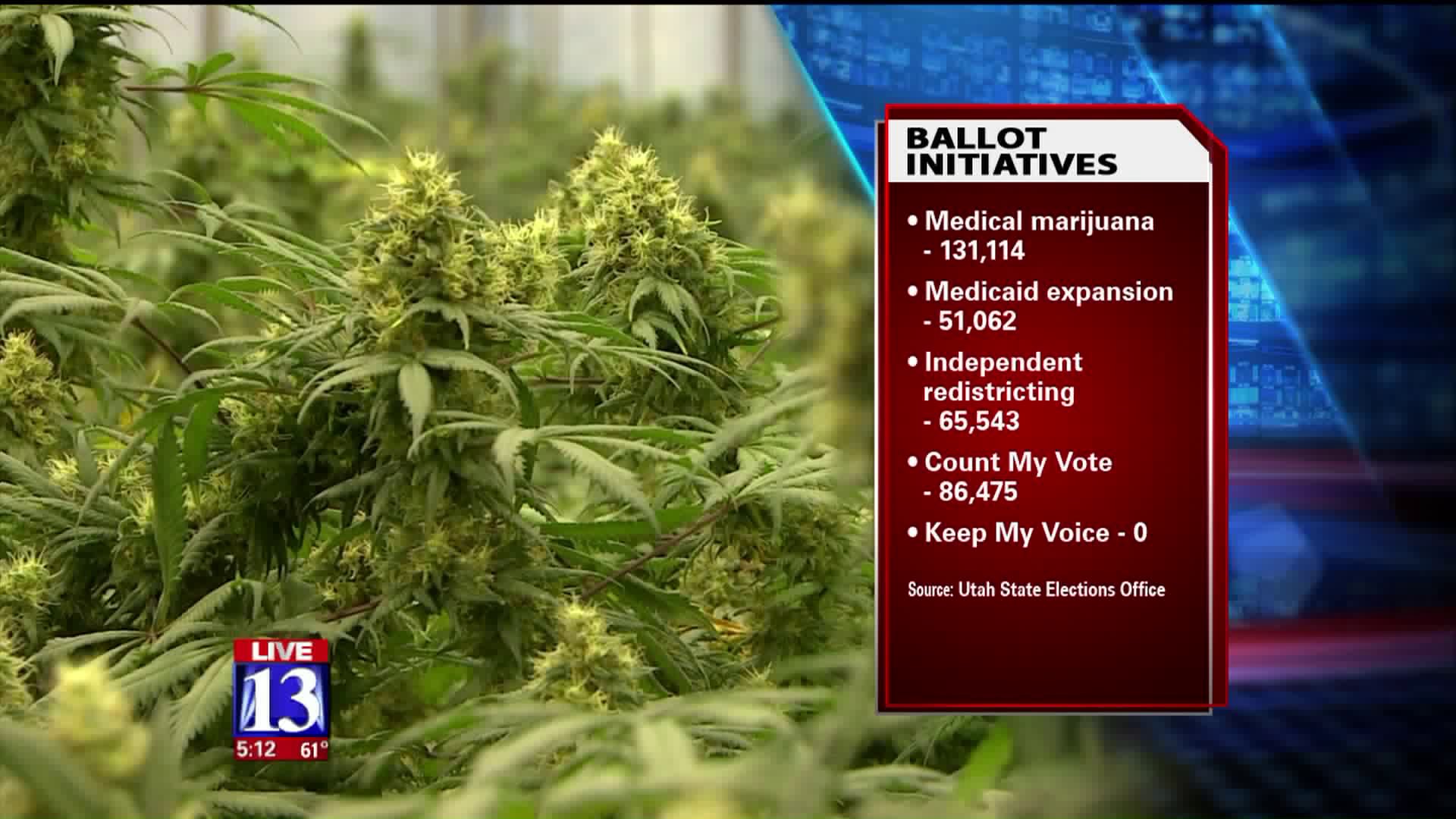 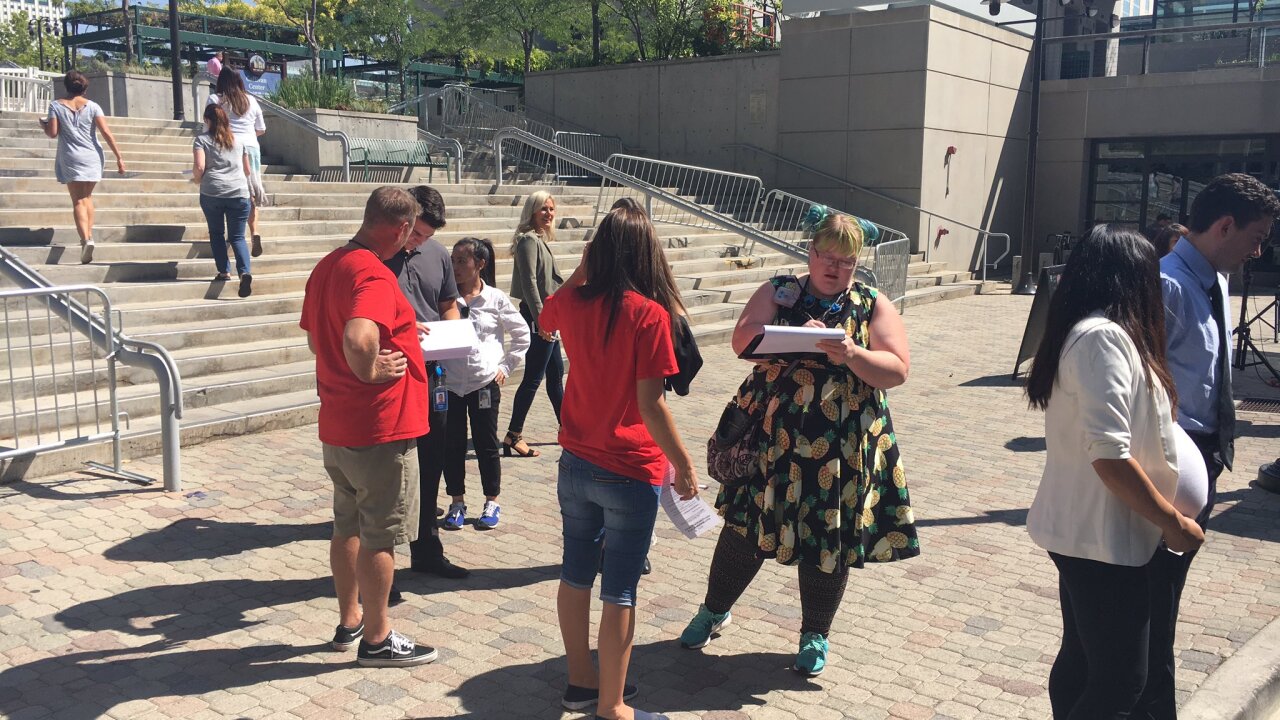 SALT LAKE CITY -- Ballot initiative campaigns are scrambling to gather enough signatures to qualify to get before voters in November.

With an April 16 deadline for signatures, backers of the various initiatives are rushing to ensure they have more than the required 113,000 signatures in 26 of Utah's 29 senate districts.

"We are closing in on completion," said Jeff Wright, one of the organizers of the Better Boundaries initiative, which would create an independent redistricting commission. "We have a few thousand signatures to go specifically in a few senate districts, but we think we're going to make it."

Volunteers with the Utah Patients Coalition gather signatures for medical marijuana on the 2018 ballot. (Photo by Ben Winslow, FOX 13 News)

Wright said Better Boundaries had gathered more than 167,000 signatures so far. Other ballot initiative supporters FOX 13 spoke with said they had also cleared the hurdle and were confident they would be in front of voters in November.

"We definitely have overcome a lot of challenges. We were one of the last ones to start collecting," said RyLee Curtis, the campaign manager for Utah Decides Healthcare, which is a Medicaid expansion initiative. "I think we’re going to shock everybody when we show we’re able to meet the thresholds in the shortest amount of time."

Curtis said they had more than 150,000 signatures overall, and were working to ensure they met the senate district threshold.

Supporters of Our Schools Now sign paperwork to get on the 2018 ballot. (Photo by Ben Winslow, FOX 13 News)

So far, McKeown said, they have more than 140,000 signatures gathered. Count My Vote has triggered a civil war within the Utah Republican Party that's prompted litigation and left the party deep in debt. It's also sparked a rival ballot initiative in Keep My Voice, which seeks to only allow candidates to go through the caucus/convention system.

Lt. Governor Spencer Cox, who oversees elections in Utah, told FOX 13 that he did not believe every ballot initiative would make it on the November ballot. Those signatures must be validated by county clerks and the state elections office.

"I don’t know that all of them will get on. We’re looking, it’s going to be close for some of them," Lt. Gov. Cox said Wednesday.

FOX 13 filed a public records request with the Utah State Elections Office for the latest numbers of validated signatures. They do show wide discrepancies in what the ballot initiative campaigns are reporting for signatures -- and what has been validated so far. The signatures must also clear a percentage threshold in at least 26 of 29 Utah senate districts.

Here's where the initiatives stand:

Our Schools Now, which proposed a tax hike to pay for education, was expected to drop its ballot initiative drive after striking a deal with the Utah State Legislature. Gov. Gary Herbert signed a sweeping tax bill that kicks more money to education and also includes an opinion question on the November ballot for a gas tax hike.

Lt. Gov. Cox said he was giving priority to candidates who gathered signatures because their deadlines were approaching sooner. County clerks and the state have until May 15 to verify all signatures submitted for ballot initiatives.

In the last week and a half before the deadline, campaigns were planning events to ensure they have enough signatures to qualify. Wright said Better Boundaries would be in Provo, Price and Park City gathering signatures this weekend. Other campaigns also planned to blanket the state to collect last-minute signatures.

"We’ve fought this battle at the Utah State Legislature and now we’re bringing it directly to the people to have a say in this," Curtis said.