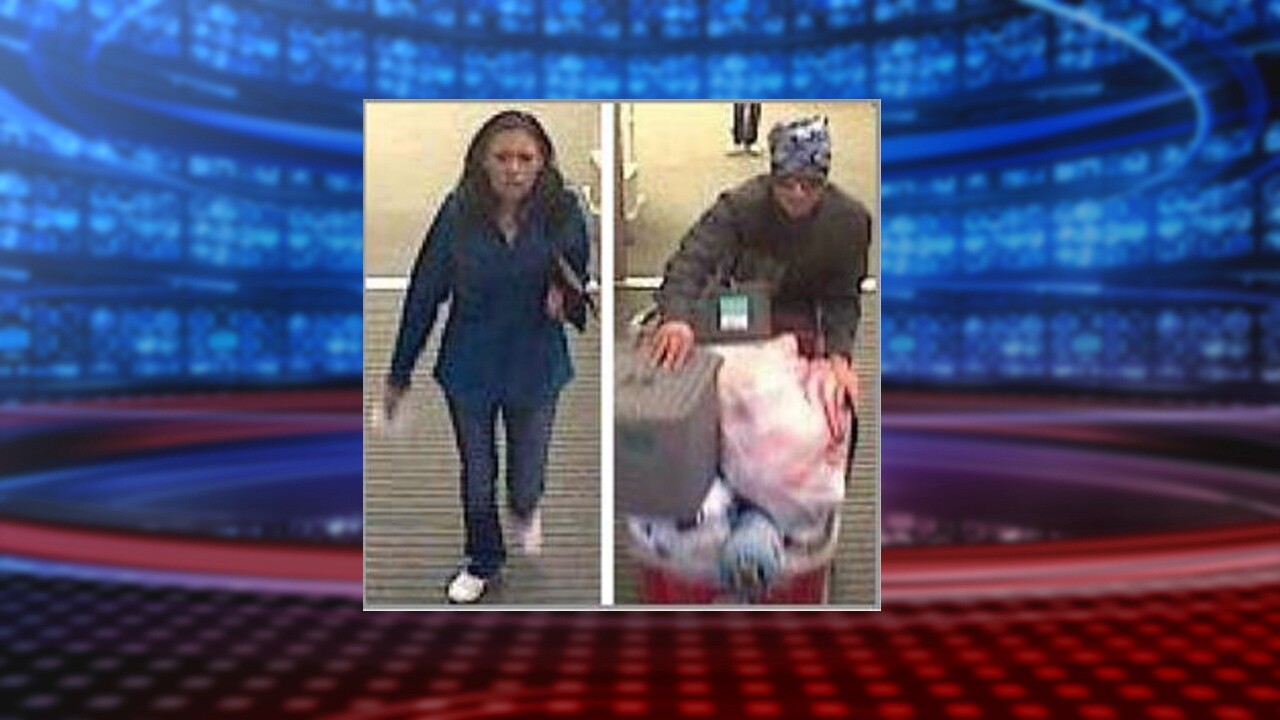 The two suspects allegedly stole credit cards during a burglary that occurred on March 24.

Police said the credit cards were used at various stores in the Salt Lake City and Bountiful area. A vehicle was also stolen and had not been recovered.

The missing vehicle was a white 2017 Nissan Armada, with license plate number W082TM.

“Several of the items purchased were for home décor,” the department wrote in a statement.

The Police Department asks anyone who may know the identity and/or location of these suspects or location of the vehicle to call (801) 799-3000. Anonymous tips may be sent by text to 274637. Please start your text with TIPSLCPD, which routes it to the police department. Then include any relevant information. Reference: Case # 18-51832