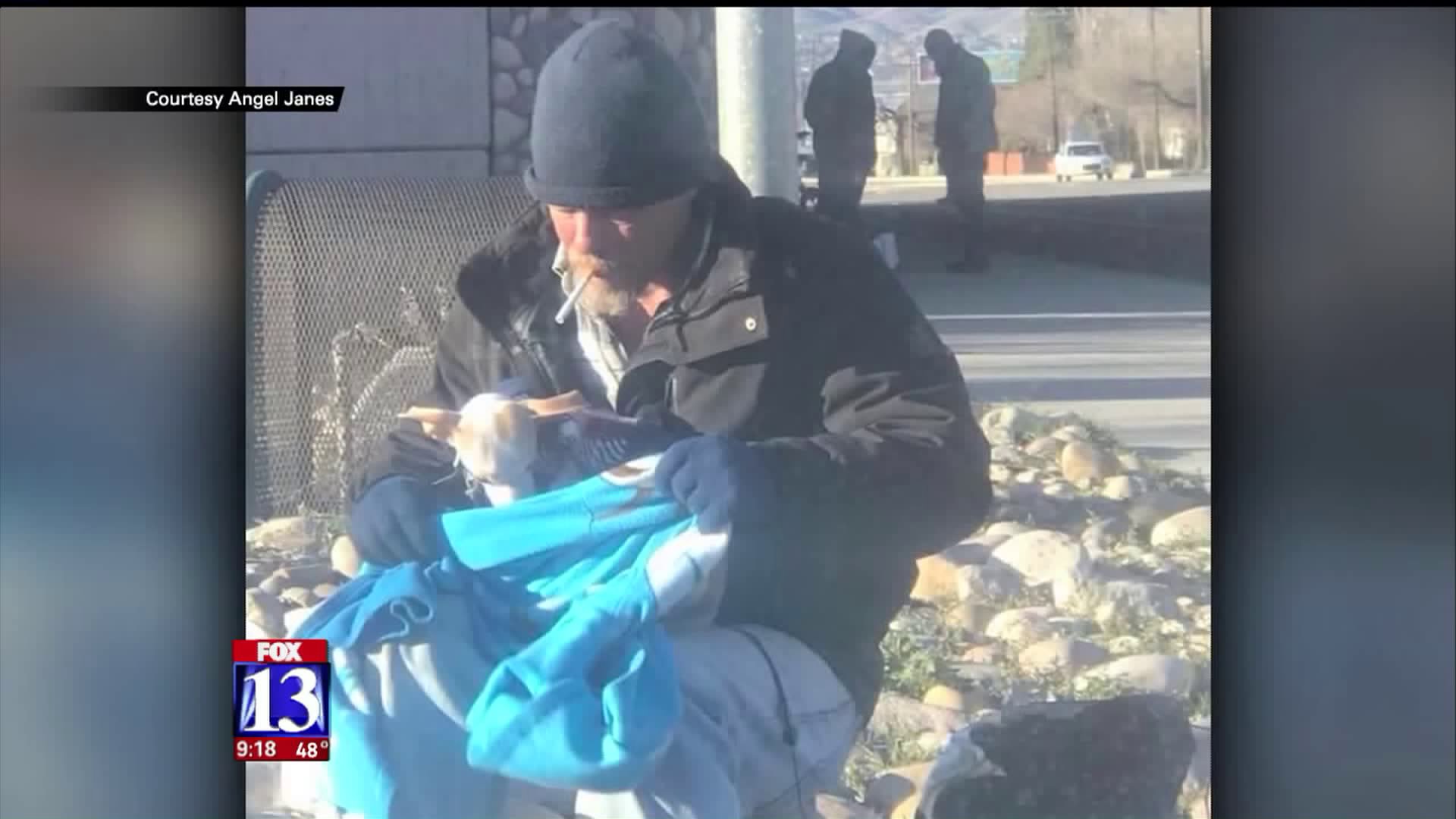 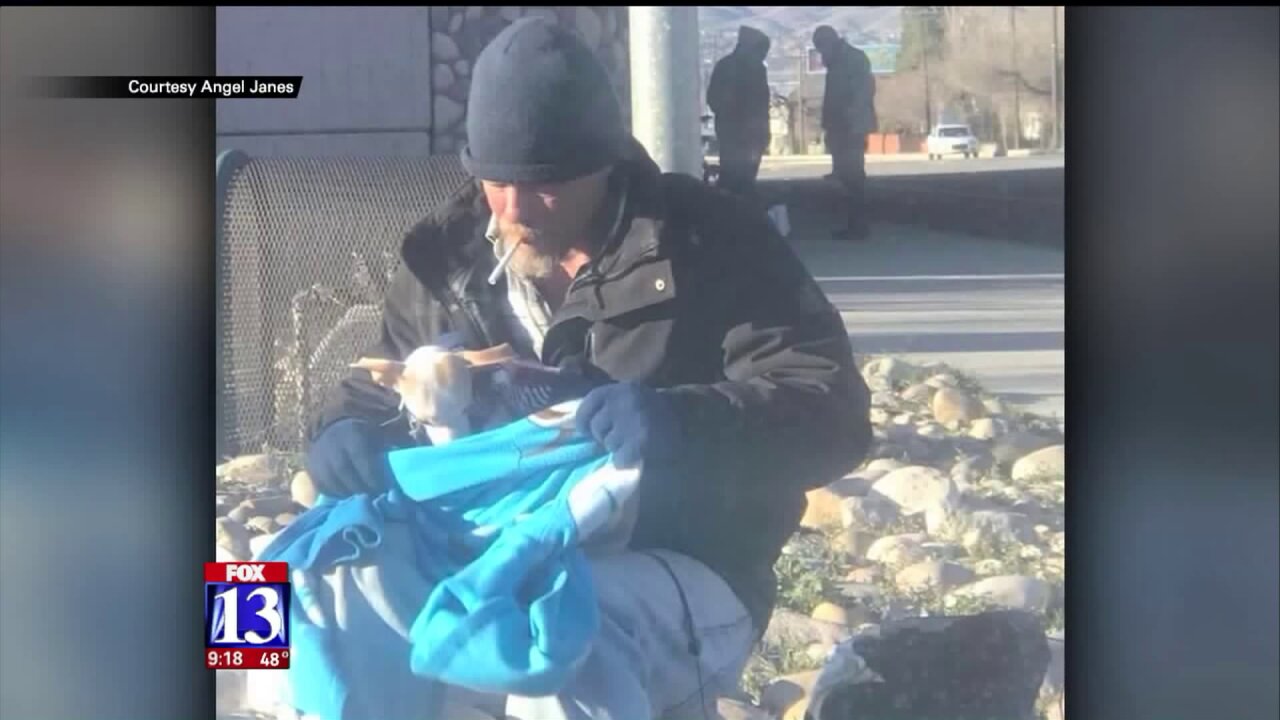 SALT LAKE COUNTY - A homeless man is being hailed as a hero for selflessly saving a dog abandoned in Salt Lake City.

Now, his good deed has sparked a community effort to give the man a huge "thank you" in a way he wasn't expecting.

Ron Howell says he spends his days standing on 700 East near the I-80 west offramp every day, flying a sign and hoping for a break-- whether it's in the form of money or an offer for work.

"Thank you. God bless," he said to one driver after a woman handed him cash and told him to use it for food.

Howell scrapes up what he can, and said he also picks up trash. He said he often sleeps under or near the overpass.

Last week, a woman pulled up in a car but not with money. Instead, she had a chihuahua.

He said he couldn't take it because he was homeless, but he was worried she would get rid of the dog.

Howell said he wanted to help the dog, so he took the chihuahua in.

"I know how it feels to be homeless," he said.

Later, Angel Janes drove by and saw Howell holding the dog. She decided to offer him a cigarette and began talking with him.

"It was just this little, tiny chihuahua puppy that was curled in his lap, and he explained how someone just dropped it off, and just dropped it there and abandoned it," Janes said.

Janes said she felt she had to do something, so she took a couple of quick pictures of Howell and the dog, and posted them on her Facebook.

After checking for a microchip and finding none, and after an online search for lost and missing puppies turned up nothing, the dog went from Donaldson's hands to Chasity Guyer's.

"We just fell in love with him," she said, of she and her daughter.

"When I seen the daughter, I just knew it was a match," Howell said. "I teared up."

Guyer and her daughter came up with the name Lucky Louie for the chihuahua, who they estimate is around one year old,

Lucky Louie ended up in a happy home, and Howell went back to panhandling in his usual spot.

"I couldn't stop thinking about Ron, who was out there sleeping on the street," Dallmann said.

She set up a fundraising account, and in several days a number of people donated.

After taking in $500, Dallmann met with Howell under that I-80 overpass on Monday to give it to him.

"I'm here with Ron, and we just gave him all the money from all the people in the community," Dallmann says in a video she posted to Facebook.

Dallmann said Howell asked if he could give some of the money back toward buying food and supplies for Lucky Louie.

"It was shocking that they did that... it was really nice," Howell said.

He said he's already been able to buy a phone and plans to buy bedding. Howell said he hopes to find housing and a job soon.

For a man who only wanted to find an abandoned pup a home, he's now getting help to get back on his feet.

"It was just amazing to see," Janes said, "how it morphed into such love and compassion."

A GoFundMe was set up to continue to raise money to help Howell. Click HERE to learn more about how to help.