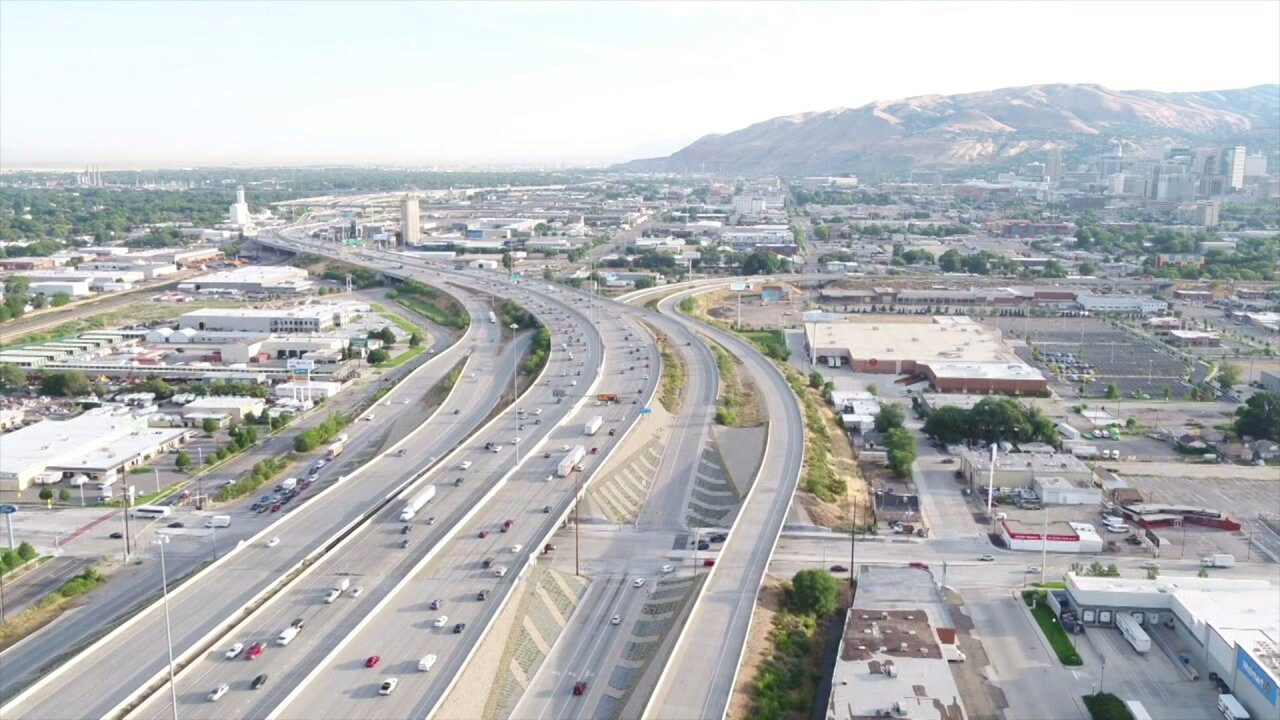 UDOT said that this year, they have 188 projects planned.

“The majority of those projects really focus on routine maintenance. Just like your car, if you put in the money, you save money over time,” said UDOT Deputy Director, Shane Marshall.

“The taxpayers made a significant investment in our system throughout the state and we want to make sure we keep that system in good repair,” said Marshall.

”Utah is continuing to grow and we’re really working hard to make our transportation system grow with it,” Marshall said.

Thanks to a recent rise in gas taxes, UDOT said this year it’s not just the most trafficked areas that will be getting attention.

”That additional gas tax is really helping the rural communities. Most of that money went to our low volume roads where we just weren’t able to get to in the past,” Marshall said.

No matter where you roam, UDOT reminds drivers to go slow in the cone zone.

”With 188 projects you’re going to see a lot of barrels out there and the barrels mean there are people out there so please slow down,” Marshall said.

“We want to make sure that anyone who is out there working on our roads, goes home to their family,” he added.

Below is a list of UDOT's Top ten Major Construction Projects of 2018:

Crews will widen I-15 from four lanes to six lanes in each direction; UDOT says this is the last remaining section of I-15 between Salt Lake City and Spanish Fork where the highway is only four lanes wide.

Other improvements include replacing 13 bridges, adding a new overpass which will extend Triumph Boulevard over I-15, and reconstructing the S.R. 92 and 2100 North Interchanges.

Construction will start within the next month and should last three construction seasons (finishing in late 2020).

They will also widen 7200 South to three lanes from I-15 to Bingham Junction Boulevard in Midvale. The last phase will include redesigning ramps at the I-15 and I-215 interchange to improve traffic flow.

Construction begins this Spring and expects completion in late 2019.

This project also aims to reconstruct I-215 from the I-15 interchange in North Salt Lake to 2100 North.

Construction began in February and should be finished by the end of the year.

4. I-80/S.R. 36 Bridge Replacements – Tooele County
Next up we’re looking at bridge replacements in Tooele County. UDOT will replace three bridges along I-80 near the S.R. 36 interchange, this will take place on both Eastbound and Westbound I-80 over the Union Pacific railroad tracks and a final replacement, the S.R. 36 ramp bridge.

You can expect to see some work starting in late spring, finishing up next summer.

5. Bluff Street – St.George
In St.George, major construction will take place on Bluff Street. UDOT will add a lane in each direction, as well as turn lanes at several intersections between 100 south and sunset boulevard.

This project began in January of 2018 and will last for about 12-months.

6. I-80 – Parleys Canyon
In Parleys Canyon a new Westbound lane will be added on I-80 for truck use between Jeremy Ranch and Parleys Summit.

Other work includes a new wildlife crossing (also to be constructed at the summit), as well as interstate repaving between Lambs Canyon and Kimball Junction.

Construction began Monday, things will wrap up by end of the year.

Expect this project to last into next year.

This project began last year and will finish by the end of this year.

9. S.R. 9 – Springdale
The gateway to Zion National Park is getting a makeover through the town of Springdale. Crews will reconstruct S.R. 9 to make it more visitor friendly with pedestrian and bike improvements.

Other improvements include replacing old asphalt with new.

This is a quick stop and should be done by their peak visitor season later this month.

Finally, in Syracuse, UDOT is entering into the second year of work to widen and reconstruct S.R. 108 from Antelope Drive to 300 North in Davis County.

The good news here, this one will be done this fall.