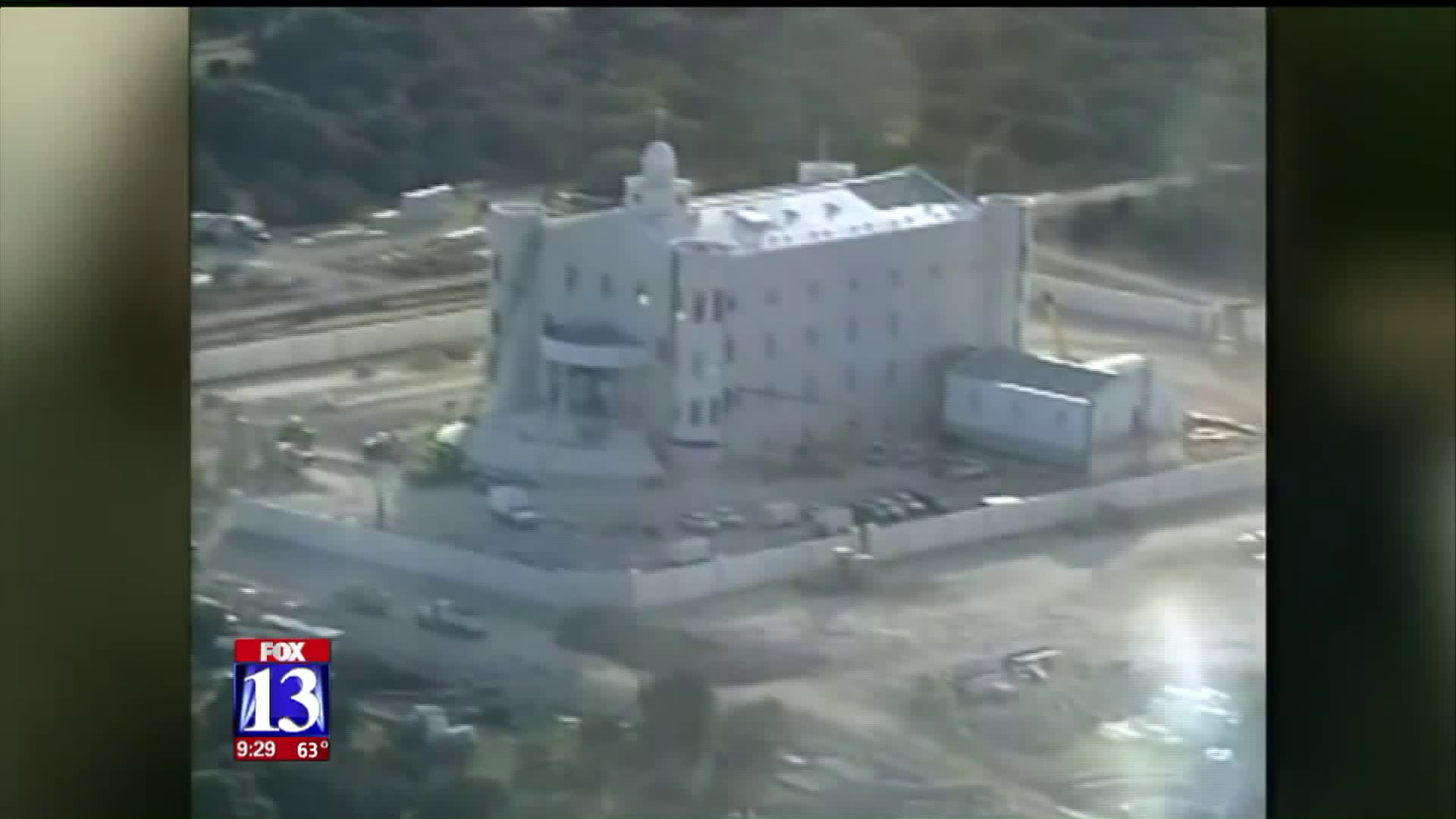 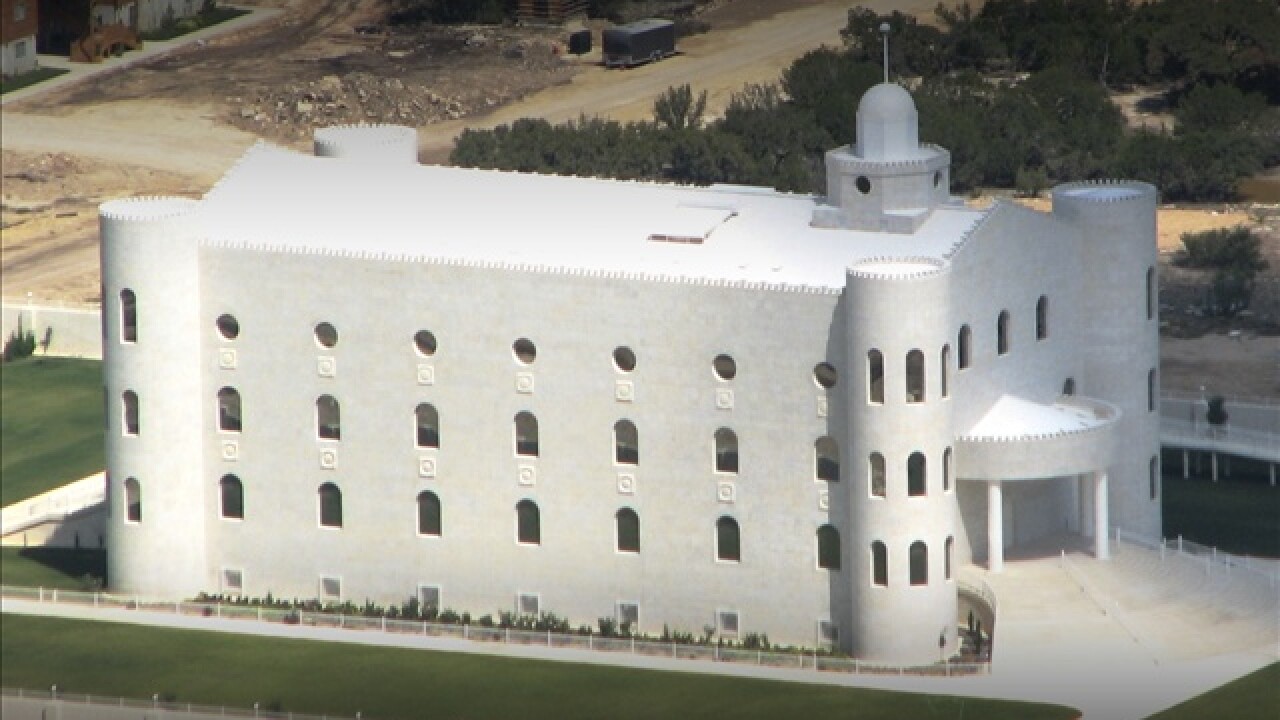 "I'd like people to know is how grateful I am for what people did for us. The media, people I’ve never met," she said Saturday. "I’d like them to know, thank you. Thank you so much."

The FLDS Church's temple at the Yearning for Zion ranch. (FOX 13 file image)

The phone call that sparked the raid was a hoax. Authorities at the time feared another Waco incident with the cloistered Utah-based polygamous church. They went in with armored vehicles and guns. Rohbock was mistaken for an underage girl (she said she was in her 30s) and was taken into custody.

"It was challenging and very difficult. Hard is the only way, really, to put it," she told FOX 13.

On Saturday, the 10-year anniversary of the raid, more than a hundred  people gathered at Hildale's Water Canyon High School for a program to recognize the massive event. Reporters who covered it shared their perspectives. So did attorneys who represented FLDS children in custody of Texas Child Protective Services.

Willie Jessop speaks to a crowd at an event recognizing the 10-year anniversary of the YFZ raid. (Photo by Ben Winslow, FOX 13 News)

The YFZ raid ballooned into the largest child custody case in U.S. history. Because every child needed a lawyer, hundreds of them were drafted from all over Texas. Susan Hays was appointed to represent a 2-year-old.

"They traumatized hundreds of children in a way that violated Texas law," Hays told FOX 13 of the raid. "It was inhumane."

After months of legal battles, Texas appellate courts ordered the children to be returned to their parents. The courts ruled that due process rights had been violated, and not every child was at risk for abuse.

But Texas law enforcement seized reams of papers, pictures and even recordings FLDS leader Warren Jeffs sexually assaulting children in the YFZ temple. They used it to convict Jeffs on child sex assault charges related to underage "marriages." He's now serving a life sentence in a Texas prison. Eleven other FLDS men were convicted and sentenced on lesser charges.

Willie Jessop, a former bodyguard of Jeffs who rushed to help FLDS members caught up in the raid, said the history of the raid is complicated. He bitterly disagrees with the state of Texas' approach in taking all of the children into CPS custody, splitting up families and then scattering the children all over the state. He argued it was because the FLDS was an unpopular religion.

"Where was the line crossed between religiously-motivated bigotry, and where is it where Warren Jeffs was violating little children?" he said.

When Jessop learned of Jeffs' crimes during the criminal trial, he left the church. On Saturday, he organized the event to express gratitude for those in Utah who helped FLDS families who were suffering, from news media who told their stories to attorneys who worked countless hours to argue for their rights.

"After 10 years, I would love the world to know how much we truly are grateful for what they did for us," Jessop said.

Mary Batchelor, a pro-polygamy advocate who helped organize donation drives of diapers and other necessities, told the crowd she did not condone abuses -- but also said this was a case of government overreach.

In the years since the raid, infants are now turning 10 and children are now young adults. Some barely remember the events, while their parents have it scarred into their memories.

The raid had ripple effects in both Texas and Utah. The FLDS Church has continued to fracture in the aftermath, under increasing edicts from Jeffs and court-pressure in a decade-long land battle with the state of Utah. More people have left the church but are staying in town, changing the dynamics of Hildale and neighboring Colorado City, Ariz.

Hays said it also opened up the FLDS Church itself somewhat.

"The silver lining is these children who were in a very closed community, at that time, met people from the outside who would be their advocates and help," she said.