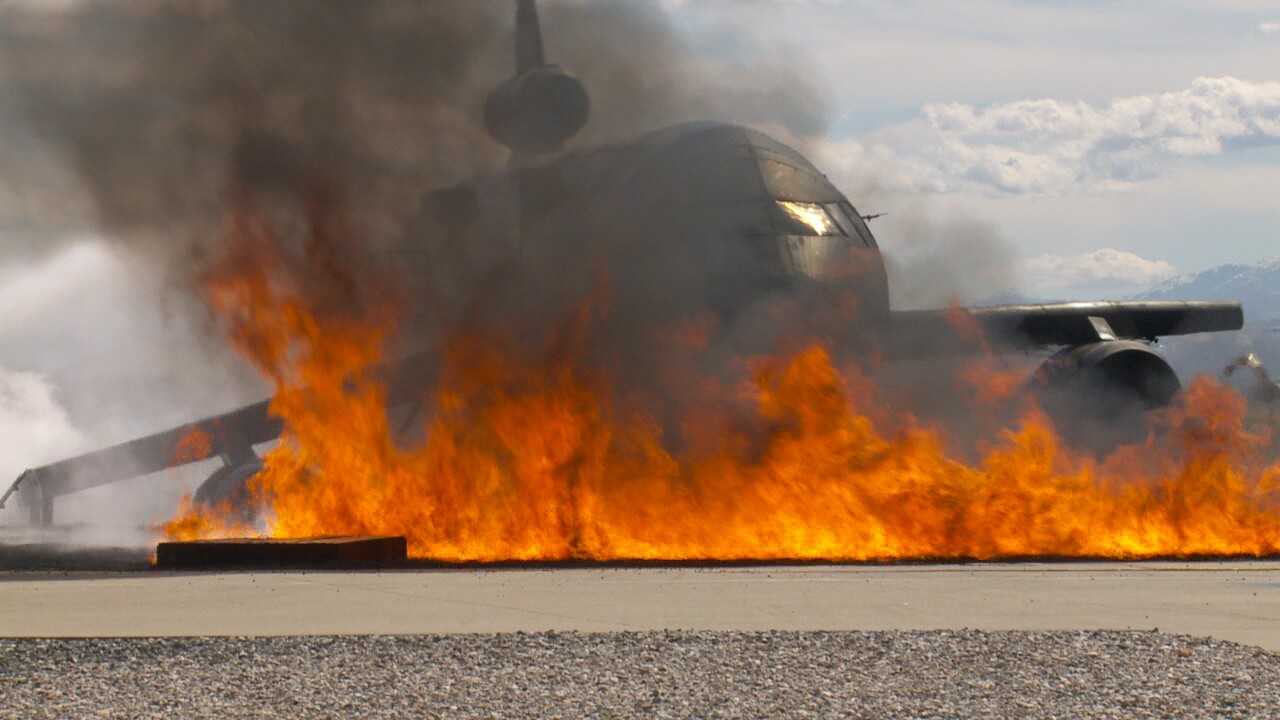 SALT LAKE CITY -- A training facility used by thousands of firefighters to prepare for an aviation disaster will close at the end of June.

The Salt Lake City International Airport confirmed on Thursday it intended to close its Aircraft Rescue and Firefighting Training Center, located just west of the terminals. The facility has been open since 1997, providing a realistic experience for firefighters from across the country—and other places.

The ARFF training center has a replica aircraft where firefighters can train for anything from a small cigarette fire in a lavatory to a full-on disaster.

"It's trying to create a realistic scenario to help these firefighters get better," said Buckmiller.

When the aircraft is lit up for training, it startles passengers and locals alike, who call 911 and local news stations to report a plane crash.

"We do get occasional calls or emails asking if there's a plane on fire," said airport spokeswoman Nancy Volmer. "We always assure our passengers, 'No, it's not. It's training.'"

The facility's closure in June is because of budget reasons, Volmer said. It would cost millions to upgrade and keep up.

"It would be about $2 million and that would only get us through three to five years, and then we'd have to make another substantial investment in the facility," said Volmer. "As much as we hated to do it, we had to close the facility."

Volmer said it was possible a few years from now that the Salt Lake City International Airport could budget for a new ARFF facility.