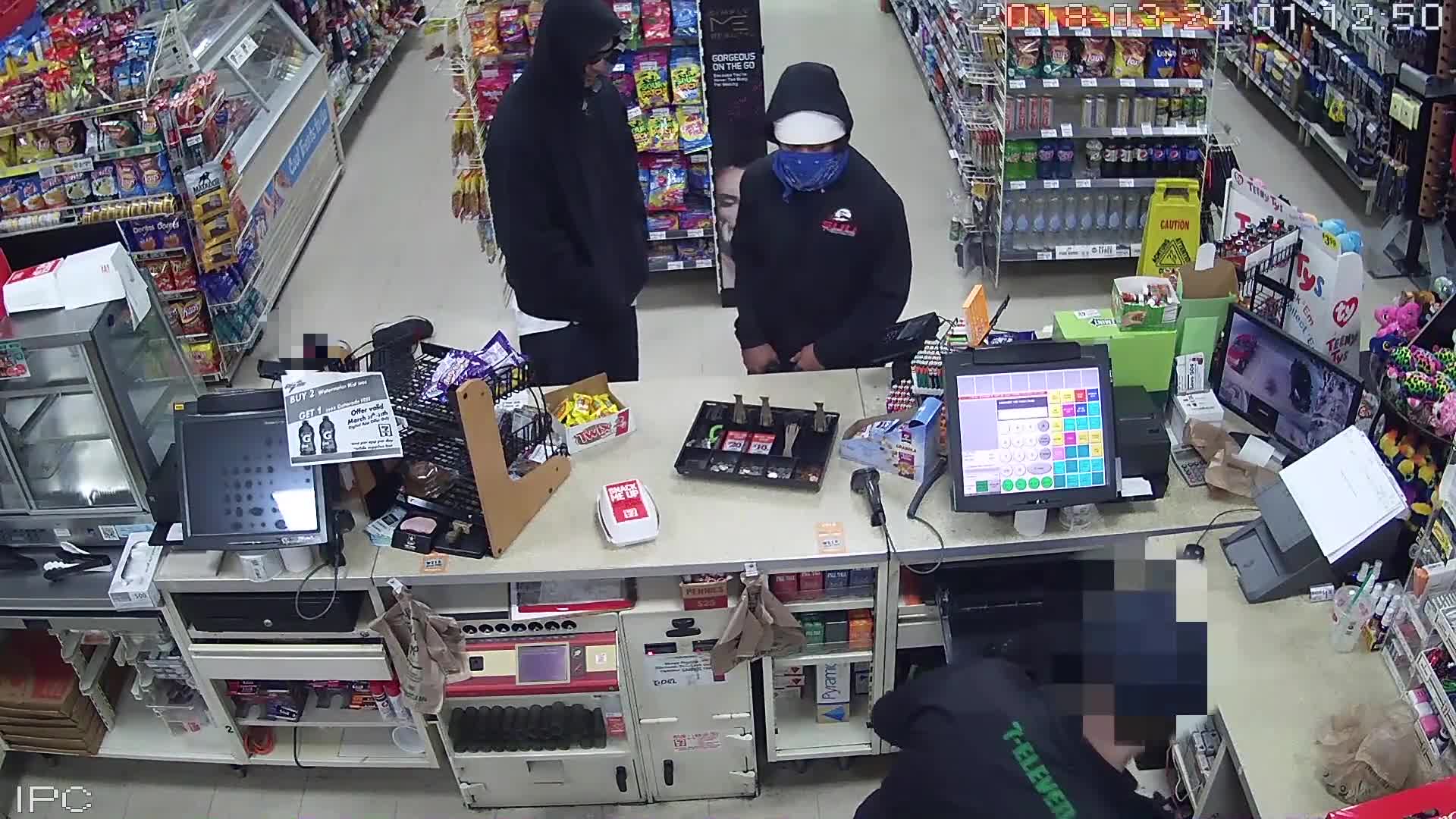 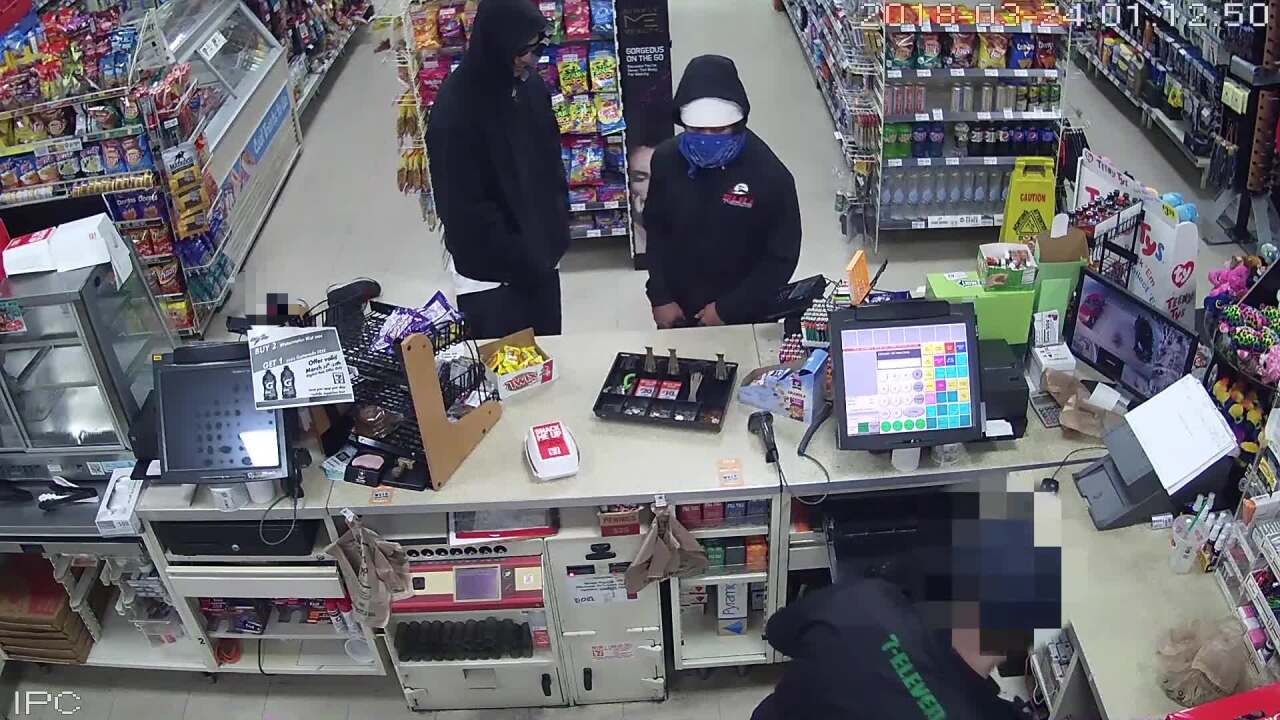 TAYLORSVILLE, Utah - The Unified Police Department is asking for the public's help identifying suspects caught on camera robbing a convenience store at gunpoint in Taylorsville.

In the surveillance video, a suspect wearing a bandana pulled out a black semi-automatic handgun.

The other suspect opened a backpack and demanded money, cigarettes and beer.

Police said the suspects made the employees and lone shopper get on the ground as they ran from the store.

Officers said both suspects appear to be just under 6-feet-tall, weighing about 200 pounds.

Authorities said they would like to speak with anyone who may have information at (801) 743-7000.