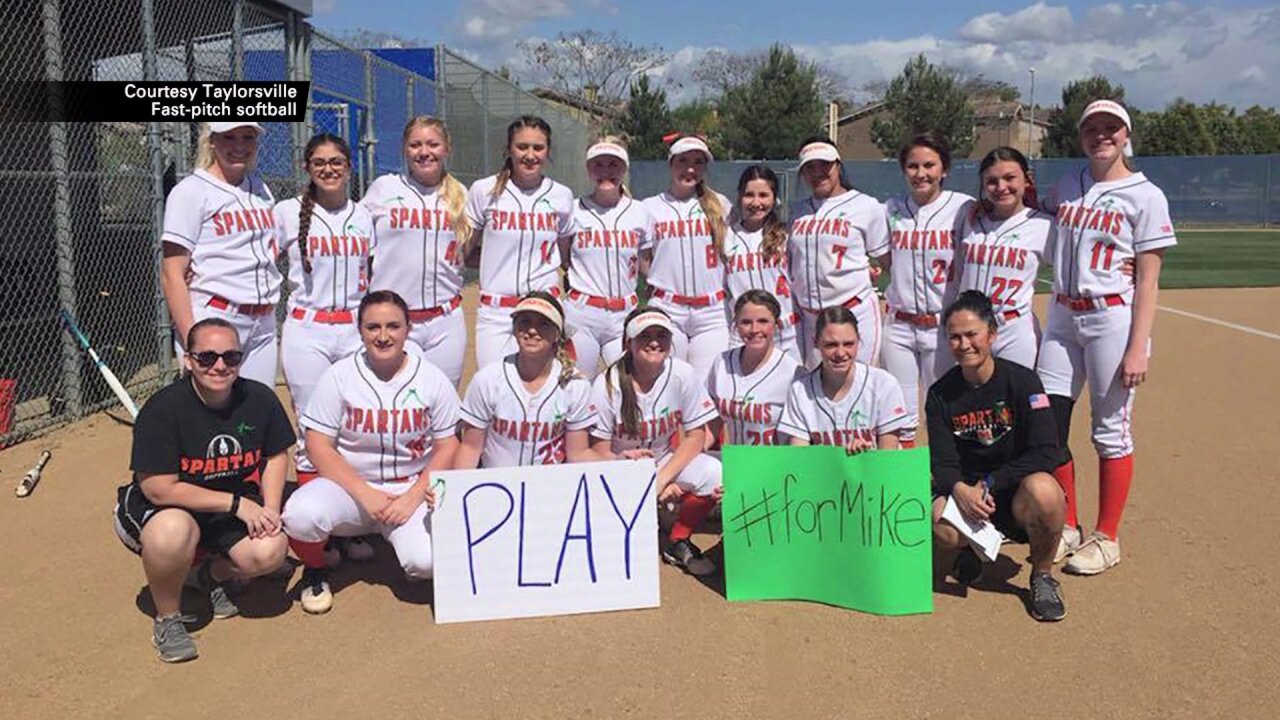 TAYLORSVILLE, Utah – A softball community is rallying around the family of a beloved softball coach who is fighting for his life.

Mike Boyette was seriously injured in a car crash on March 21 in Taylorsville. Since then, the community has stepped up to help his family cope.

It was an emotional day for many Salt Lake County high school softball teams on Tuesday, March 27. Players are dedicating every game to Boyette.

“We played Cyprus last night and it was awesome to show up and see signage there, our opponents wearing green as well,"  Isakson said.

It was an especially tough moment for Mike’s daughter, Michaela. Her dad has coached her since she was 7 years old. She now plays for Taylorsville High.

“It's not the same yesterday playing without him there,” Michaela said.

The accident happened near 4500 South and 500 West. Boyette was riding in the passenger seat when friends say he was broadsided by a car at a very high speed.

He suffered a traumatic brain injury and is now in a coma.

“It was a tragic accident," Isakson. "He's really fighting to stay with us."

Boyette’s family is trying to live by their dad’s words.

“To be strong. To not let the little things bother you,” said Parker Boyette.

They say having an army supporters gives them comfort.

“I just want to thank everyone for wearing green," Michaela Boyette said. "It means so much to me and my family. It's gonna mean a lot to my dad. So, thank you."