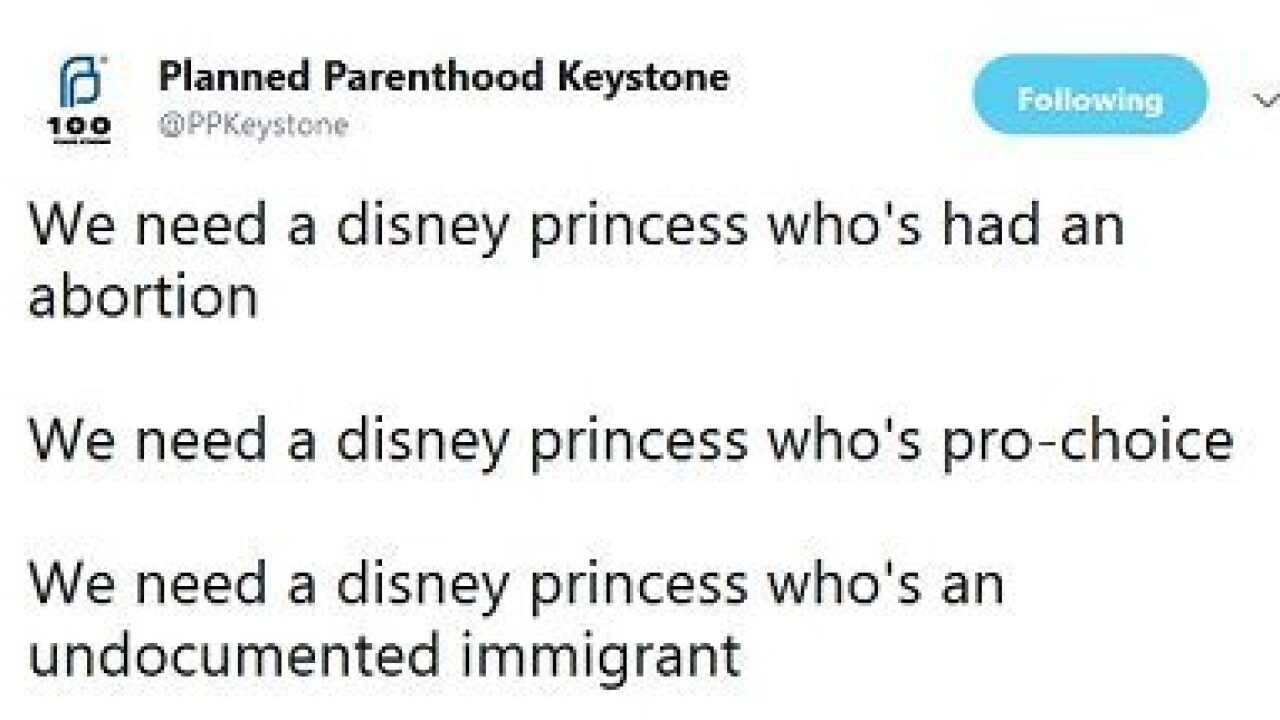 A Planned Parenthood branch in Pennsylvania is responding after tweeting that Disney should add an animated princess “who’s had an abortion” or is “pro-choice.”

The Planned Parenthood Keystone tweet has since been deleted, but it prompted plenty of responses from Twitter users.

Turns out tweeting that Disney Princesses need abortions is not great PR pic.twitter.com/ixtRA33Z07

Disney princesses are for CHILDREN and these are adult issues. Jesus. This far-out crap is why we got stuck with Donald Trump. 🙄

Disney princesses are geared towards children NOT adults… why have Disney princesses with unanimated, real life, serious adult issues?! Forget how confusing this will be for children, just as long as the left can keep pushing their agenda… https://t.co/UIvllpaDbT

Planned Parenthood Keystone responded to a request for comment from WNEP with an email saying:

“Planned Parenthood believes that pop culture – television shows, music, movies – has a critical role to play in educating the public and sparking meaningful conversations around sexual and reproductive health issues and policies, including abortion. We also know that emotionally authentic portrayals of these experiences are still extremely rare — and that’s part of a much bigger lack of honest depictions of certain people’s lives and communities.

“Today, we joined an ongoing Twitter conversation about the kinds of princesses people want to see in an attempt to make a point about the importance of telling stories that challenge stigma and championing stories that too often don’t get told. Upon reflection, we decided that the seriousness of the point we were trying to make was not appropriate for the subject matter or context, and we removed the tweet.”