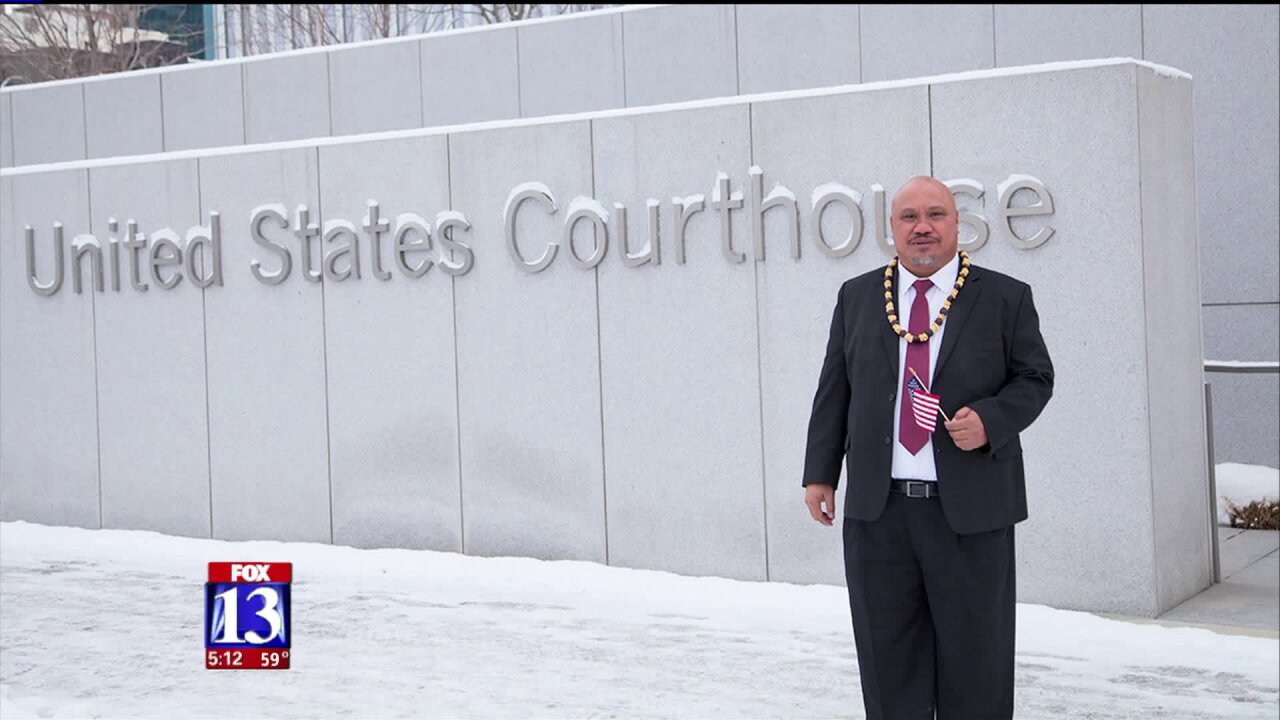 SALT LAKE CITY -- A Utah man is suing to be recognized as an American citizen.

John Fitisemanu filed a lawsuit on behalf of all American Samoans in Utah to be treated as U.S. citizens under the 14th Amendment of the Constitution.

Fitisemanu, 53, is a husband and father who's lived and worked in Utah for almost 20 years, but he's not considered a U.S. citizen.

“I should be recognized as a U.S. citizen after I was born on U.S. soil,” Fitisemanu said.

Fitisemanu was born in American Samoa, which has been a U.S. territory since 1900. It's a cluster of islands 2,600 miles southwest of Hawaii.

“I was born in American Samoa—hence the name American, but we're not,” Fitisemanu said.

Fitisemanu is considered a U.S. national, but not a U.S. citizen. Under that status, he can't vote, run for office, or sponsor family members for immigration.

“I consider it very unfair because I'm a taxpayer just like any other American," Fitisemanu said.

Fitisemanu’s lawyer, Neil Weare, says American Samoans are treated differently under the law than other people in the same situation.

“In the other territories that has been addressed by a statute with Congress properly recognizing the people born in Guam or Puerto Rico have a right to citizenship, but that hasn't happened in American Samoa,” Weare said.

While American Samoans like Fitisemanu can pursue citizenship, it's a lengthy and costly process.

Weare said they hope to eliminate that costly process for American Samoans.

“We're optimistic that the Federal District Court in Utah will follow what the Constitution requires and recognize these passport holding, taxpaying Americans as the U.S. citizens that they are,” he said.

Fitisemanu is proud to blaze the trail for the thousands of American Samoans living here in the Beehive state.

“I have to do my part to do something for myself, and maybe I can help some other people too,” Fitisemanu said.

Weare is encouraging other American Samoans in Utah to reach out. You can connect with him via the Equally American website.

Weare said the lawsuit could lead to birthright citizenship for all American Samoans living in Utah, though the impact could go beyond Utah as the case proceeds in the federal court system.