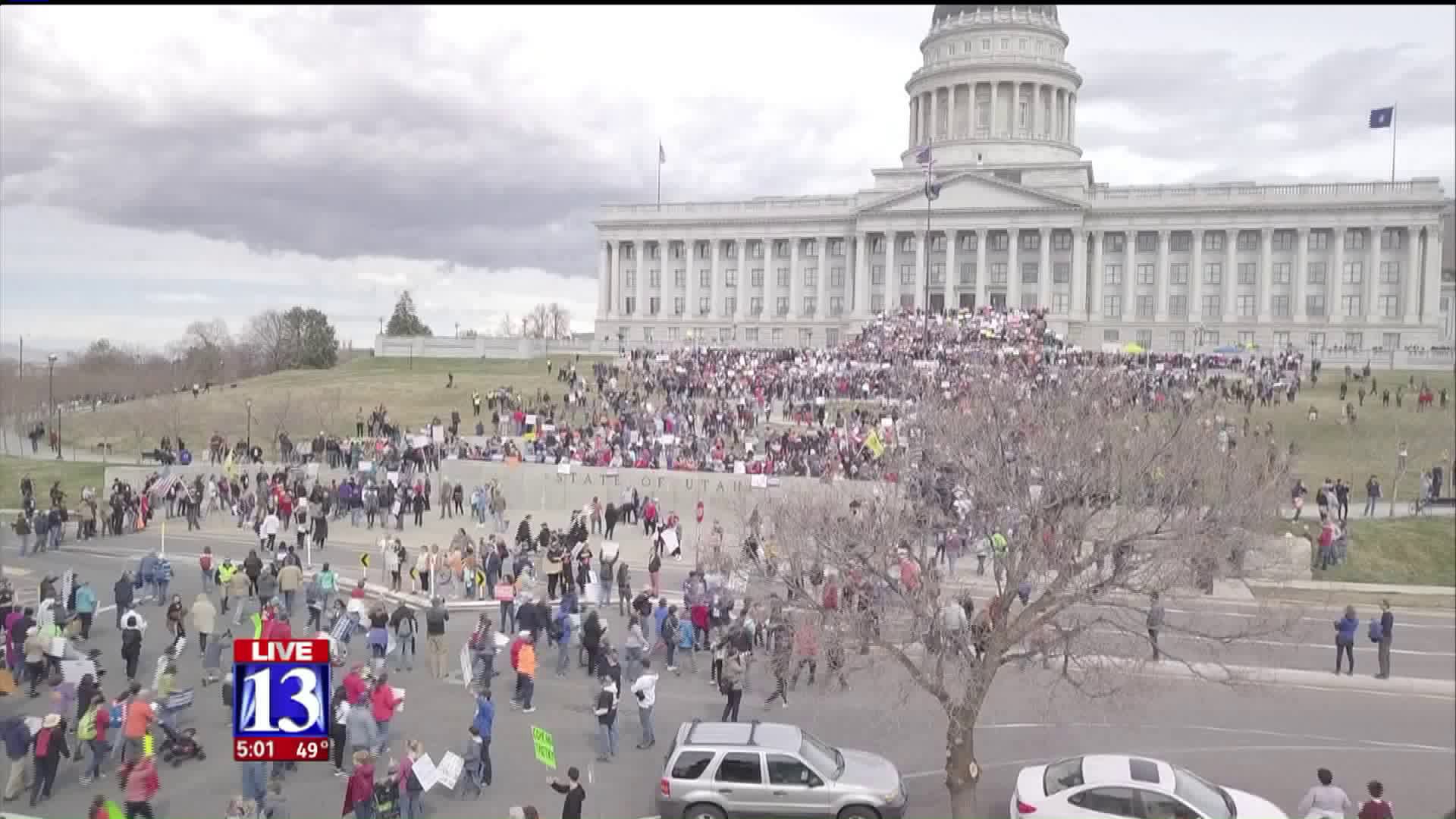 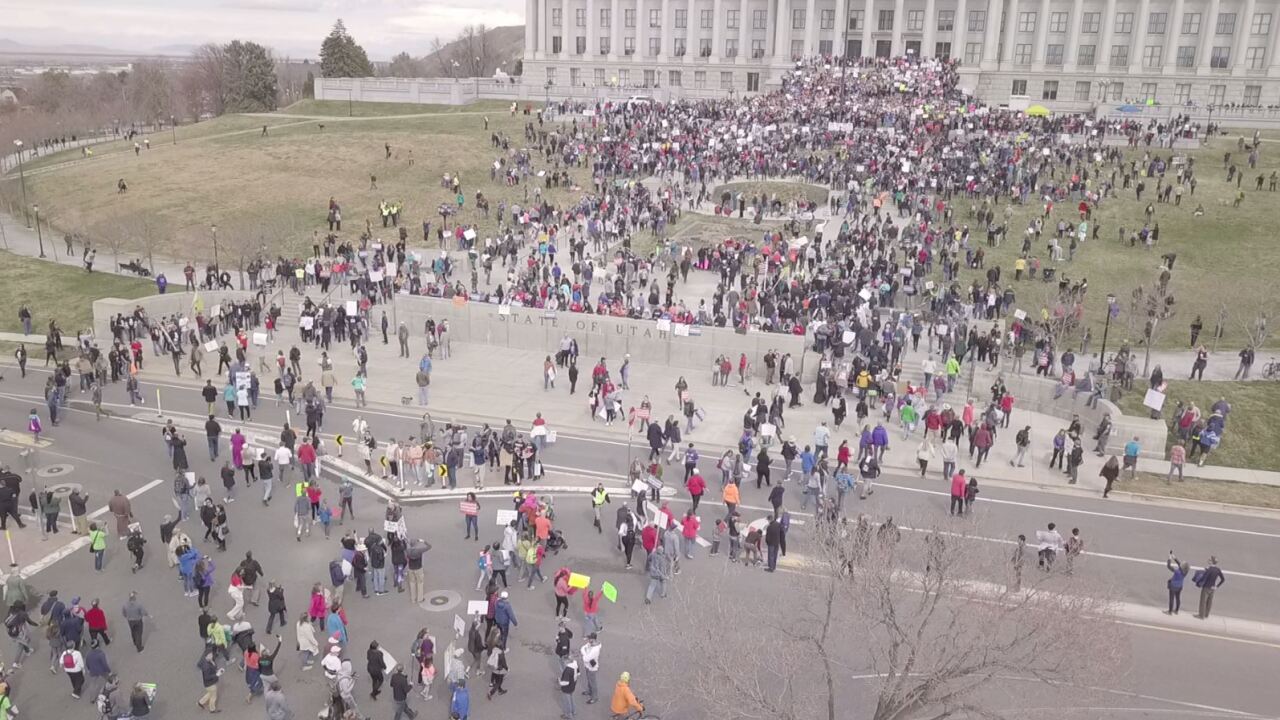 SALT LAKE CITY – Police estimate 8,000 people came out to support the "March for Our Lives"—a demonstration in support of gun reform at the Utah State Capitol.

According to Fox 13 archives of police crowd estimates, that makes the rally one of the largest in the state’s history. The March Before Our Lives earlier in the day drew an estimated 1,000 people. Last year a Women's March in SLC drew a crowd of about 6,000, while police estimate an air quality rally in 2014 brought in about 5,000 people.

The March for Our Lives event in Salt Lake City was organized by local high school students.

One student marched because she feels unsafe when she attends school.

“When people say we are actually fearing for our lives when we go to school every day, it is not a lie,” said Zeia Woodruff, a student at Salt Lake City's West High.

The fear of a shooter attacking her school weighs on her mind every day.

“I subconsciously look for a place that I can hide if a school shooter came,” Woodruff said. “It’s not really an if, it’s a when question for us, and that is not OK.”

Many in the crowd held signs and chanted—demanding action from lawmakers.

“We want to stop the shootings any way possible,” said Natalie Reese, a student organizer.

For these students, the time is now to force the issue.

“Its incomprehensible that this can’t be something everybody can get on board with,” said Michael Latkowski, a student at Salt Lake Community College.

Hundreds more gathered for a similar protest in Park City.

"We got it done," said Maya Levine, a junior at Park City High School. "It turned out brilliant. There were so many supporters—adults and students combined.”

Levine helped organize this event that included three special guests—students from Marjory Stoneman Douglas High School in Parkland, Florida who witnessed one of the worst mass shootings in the nation's history.

"They asked if they could speak at the rally and of course we said yes," Levine said. "Their speeches were super inspiring and super moving.”

Those students from Florida feel an obligation to have their voices heard.

"We don’t want this to ever happen again," said Logan Pfahl, a Marjory Stoneman Douglas H.S. student. "What we went through–no one should have gone through.”

The Marjory Stoneman Douglas students, along with the thousands of other young marchers in Utah and across the country, believe they are the future.

In large numbers, they are confident in their power to inspire change.

"We can fix it," said McKenna Pfahl, a student at Marjory Stoneman Douglas High School. "We can make a change because we aren’t going to stop–we are not going to give up.”