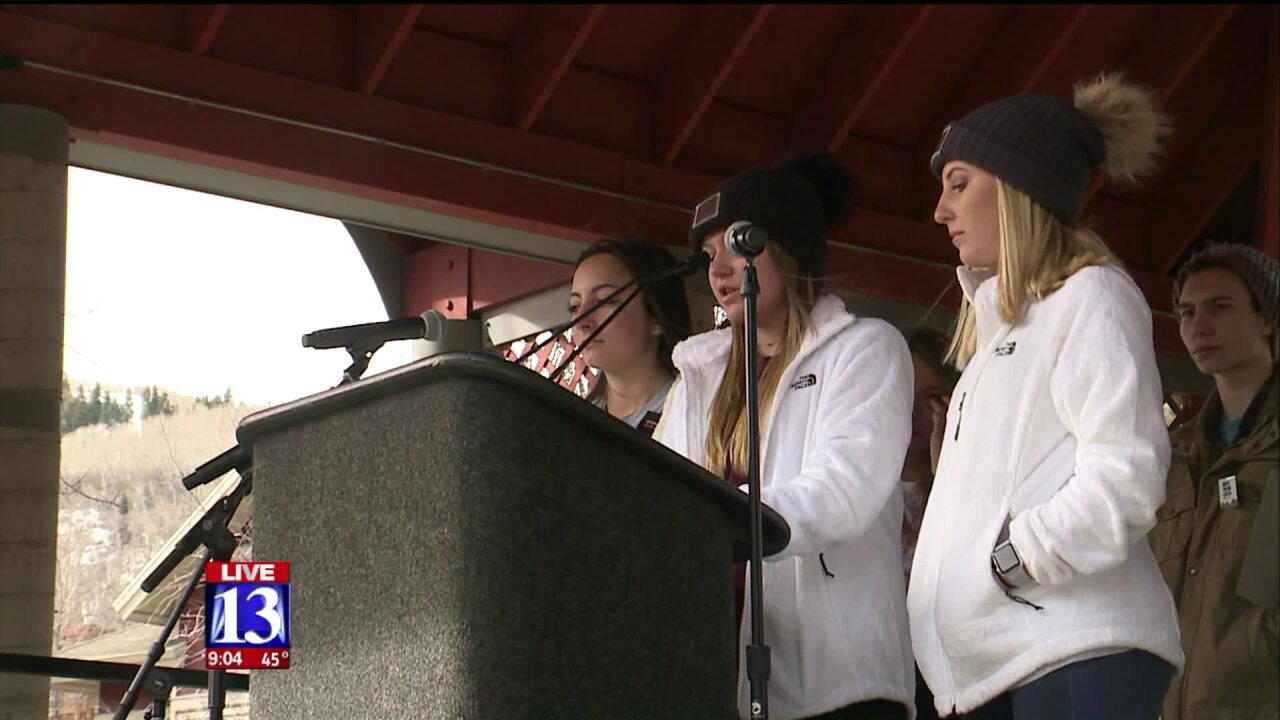 PARK CITY, Utah – Three survivors of the Marjory Stoneman Douglas High School shooting are in Utah and sharing their story.

“It has to stop,” said Marjory Stoneman Douglas High School student McKenna Pfahl. “It has to be fixed."

While enjoying spring break, Pfahl and two other students marched and spoke at the Park City ‘March for our Lives’ demonstration.

The students are raising their voices to bring about reforms to the nation’s gun laws.

“Now I feel like I have a point of view that needs to be heard,“ said Logan Pfahl, another Marjory Stoneman Douglas student.

In an interview with FOX 13, Logan described what she experienced as a former student killed 17 people and injured 17 more on February 14.

“I remember hearing the gun shots, and then you would hear the kids screaming,” Logan recalled. “You’d hear the footsteps of them running across and pulling on our door and screaming help – ‘let us in, let us in.’”

The moments in the classroom seemed like an eternity, during which Logan felt completely helpless.

“We couldn’t do anything,” she said. “As much as we wanted to get up and let them in–you don’t know who’s right behind them.”

While the terror unfolded feet away outside the classroom, terrified students huddled together.

“I remember having to hold my hand over my friend’s mouth, telling her she has to stop screaming, she has to stop crying, because if he walked by our room and heard her – we could have all died,” she said.

The sights and sounds from that day will be forever etched in Logan’s memory. But from that tragedy, a new sound is emerging – the sound of change.

“In a way I have to be that person,“ she said when describing why she feels the obligation to be a part of the ‘March for our Lives.’

Hundreds of people in Park City marched, held signs, and chanted for gun reform – inspired by the tragic events in Parkland, Florida.

“Standing together, you can walk a mile faster with 20 feet rather than two feet,” McKenna Pfahl said.

They hope other students won’t have to experience the terror and feel the worst fear they experienced at school.