About a 1,000 ‘March Before our Lives’ in SLC to support 2nd Amendment rights 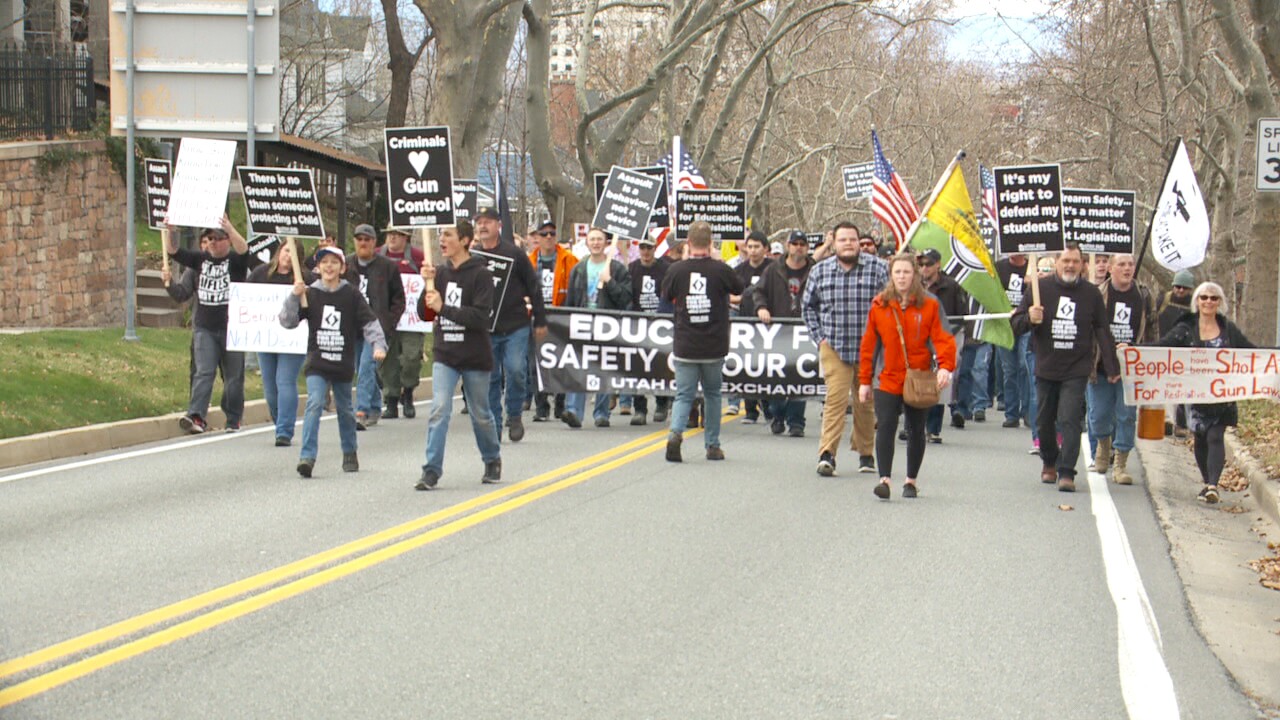 SALT LAKE CITY – As a precursor to the student-led “March for Our Lives” rally in Salt Lake City, hundreds gathered to show support for their Second Amendment right to bear arms.

“We protect our country with guns," one supporter said. "Police protect us with guns. We protect money with guns, the president with guns: why not the children with guns?”

Both groups gathered in response to the shooting at a Florida high school on February 14, which claimed the lives of 17 individuals.

“We will never prevent violence: The only thing we can do is protect ourselves against it, and hopefully we can end it as quickly as it begins,” said Morgan Cox, a rally supporter and Iraq War veteran.

“It’s not just the government’s responsibility, it’s us as parents, us as citizens,” Cox said. “You cannot stop violence, you cannot legislate evil out of individuals,” he added.

Utah Gun Exchange explained the focus needs to be put on mental health, not stifling rights for law-abiding citizens.

Roughly1,000  Utahn’s took to the hill for this rally— followed by thousands more who marched in opposition.

We asked one supporter what reaction they had seen from their adversaries. He said, “It’s ridiculous, look at this,” and then gestured to two men standing beside him arguing.

We asked Cox the same question: “They’ve been trying to silence us. They don’t listen,” he said.

At that time a man in opposition walked past and shouted “IQ of zero” in their direction.

At the end of the day, these supporters want change, and their guns.

“We don’t know what the future's going to bring, we can’t get rid of these rights because we don’t think that they’ll be important, nobody can tell the future like that,” said Patrick Stuart, a substitute teacher and rally supporter.

“Without the Second (Amendment), there are no others,” Cox said.