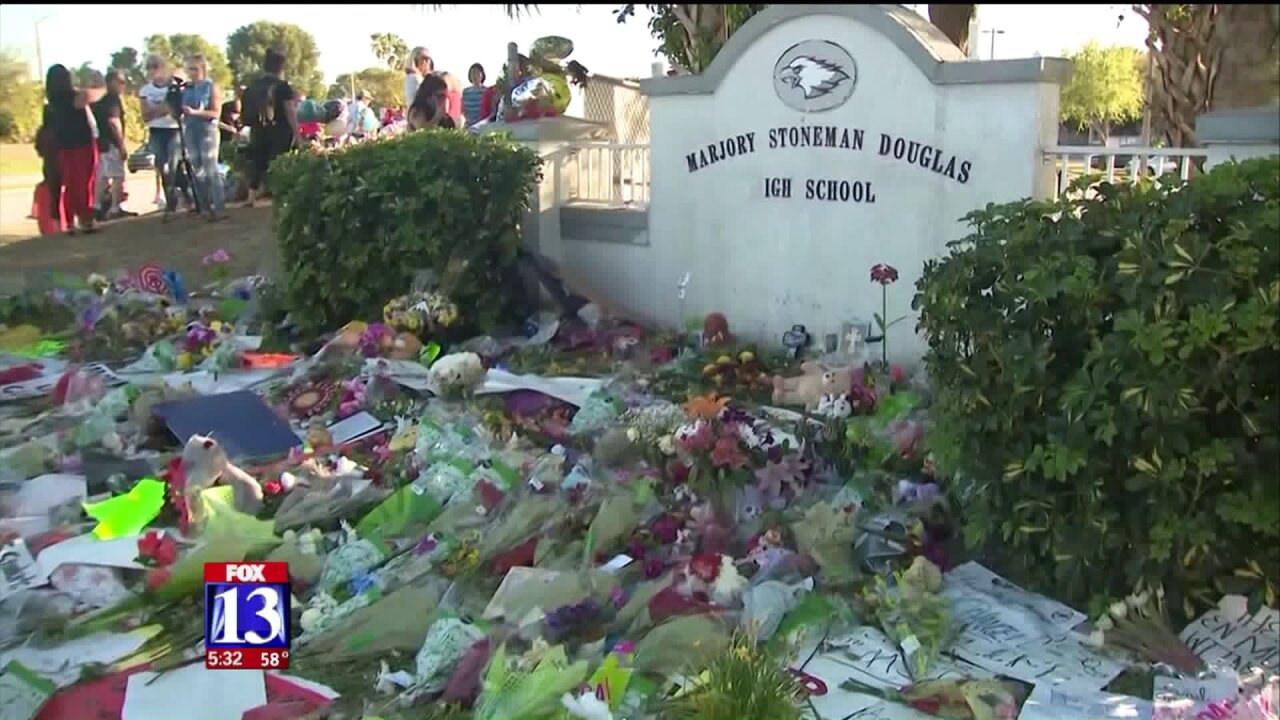 SALT LAKE CITY – Utah students are gearing up for the March For Our Lives demonstration.

It’s part of a nationwide movement where millions of students across the country plan to march against gun violence. On Saturday, March 24th, Utah students will march from West High School to the State Capitol from 11 a.m. to 1 p.m.

Supporters are honoring the 17 people who died in the Parkland, Florida shooting.

“I lived in Miami for three years, in Broward County, about 10 minutes away from the school,” said Natalie Reese.

Reese is an Orem High student who is organizing the march with nine other students across the state.

“I was born in 1999, so I was born when Columbine happened," Reese said. "Ever since then there's only been shootings and no change.”

Emiya Fanaeiau is also pushing for an end to gun violence.

“This is a call to action to our Congress and state legislators," Fanaeiau said. "We no longer want schools to be the new American battleground. We want to start feeling safe.”

Sam Robinson is the co-owner of Utah Gun Exchange.

Early on, the pro-gun group were involved in organizing the march with students, but parted ways.

“Through a series of events, we learned that we were not welcome,” Robinson said.

They’re offering what they call an alternative rally on Saturday – March Before Our Lives. They’ll march from West High to the State Capitol at 10 a.m., an hour before the students' march.

“Our goal is the same, but we also believe that teachers, administrators, should have the option to defend themselves—utilizing a firearm as a last line of defense," Robinson said.

Security will be tight. ACLU of Utah says they will have 15 legal observers on site, their largest deployment in several years. Their job is to monitor interactions between protesters and law enforcement.

“We have safety, we have police," Reese said. "It's under control. People hate us, but we have to do this."

Another March For Our Lives event is planned to take place from 10 a.m. to noon in Park City. The city states Main Street will be closed to traffic and parking from 8 a.m. until about noon as a result.

Special Event Notice: The March for Our Lives, organized by Park City students, will be held from 10 a.m. to noon tomorrow. Main Street will be closed to traffic and parking from 8 a.m. until approximately noon. Please allow extra time to travel to and from the Old Town area. pic.twitter.com/tvXTO9VqQy