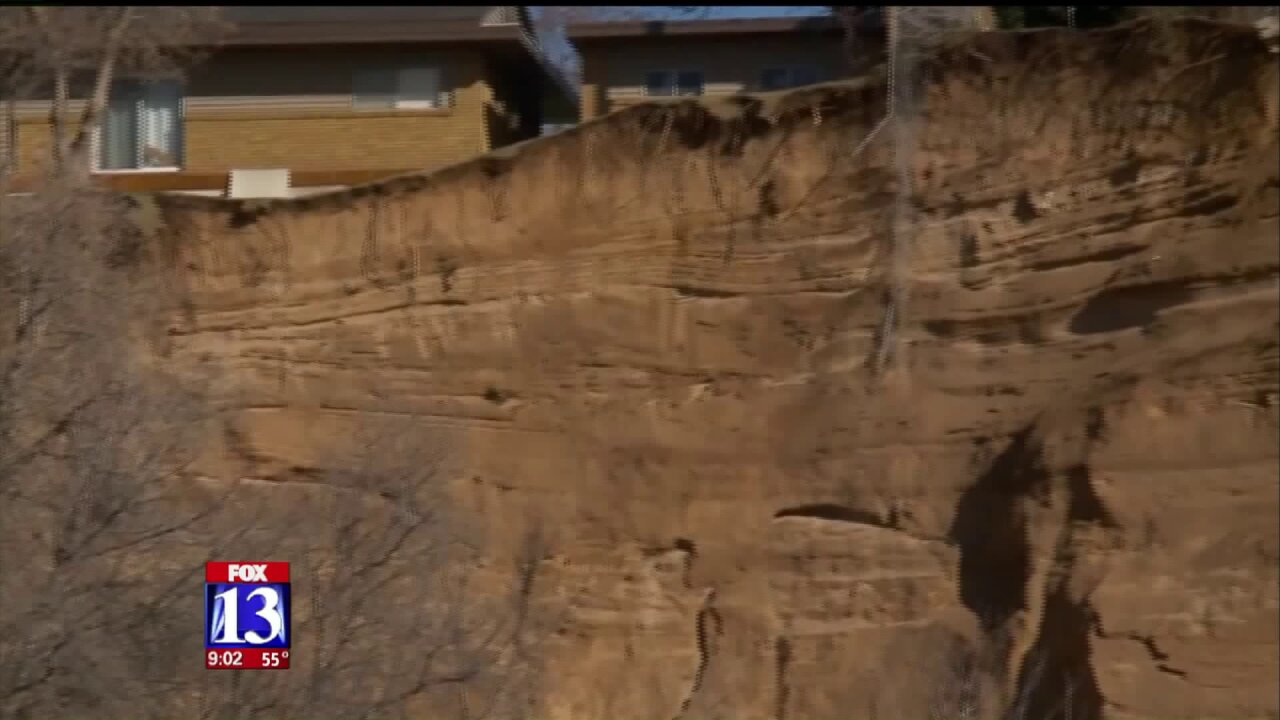 RIVERDALE, Utah -- Another slide in Riverdale took down a tree Friday afternoon, pushing the edge of a cliff closer to homes and sending a mess of mud and debris onto the property below.

"We just feel like we're at the bottom catching it all," said Becky Meehan, whose family has owned the property below the slide for decades.

"I look at everything and I think: how much worse can it get?" Meehan said.

But with the spring snow melt and the landslide looming overhead, this muddy scene is her new reality.

"It has been four and a half months of consuming our lives, and you think it'd get easier, now every day you come down here dreading what you're going to see next," Meehan said.

Friday she noticed a tree had come down, then hours later a fence along with it. Meehan thinks in a matter of a week or two, homes will follow.

The families in four of those homes evacuated months ago.

"A nightmare is the best way I can describe it," said Louis Donovan, who had to evacuate the home he's lived in for 13 years.

The Donovan Family let us into their blocked off backyard. They said they feel helpless as the cliff creeps closer.

Those who live just houses away from the yellow tape watch as the hillside crumbles away.

"It's gotten scary actually, I was looking at a picture of the 28th of December and the slide was where it's now, and it's expanded enormously over the past three months," Brett Benegar said.

The neighborhood is left wondering how much longer until the homes sink into the mud below.

"I'm just wondering what day it's going to be," Meehan said.

Meehan plans to seek legal action against the land owner where the slide is happening. She says he refuses to do anything about water leaking in the area.

Meanwhile, homeowners say they're upset with Riverdale City for forcing them to evacuate but not helping them with anything else.

The city says they are monitoring the situation but since it's on private land they can't do anything else.