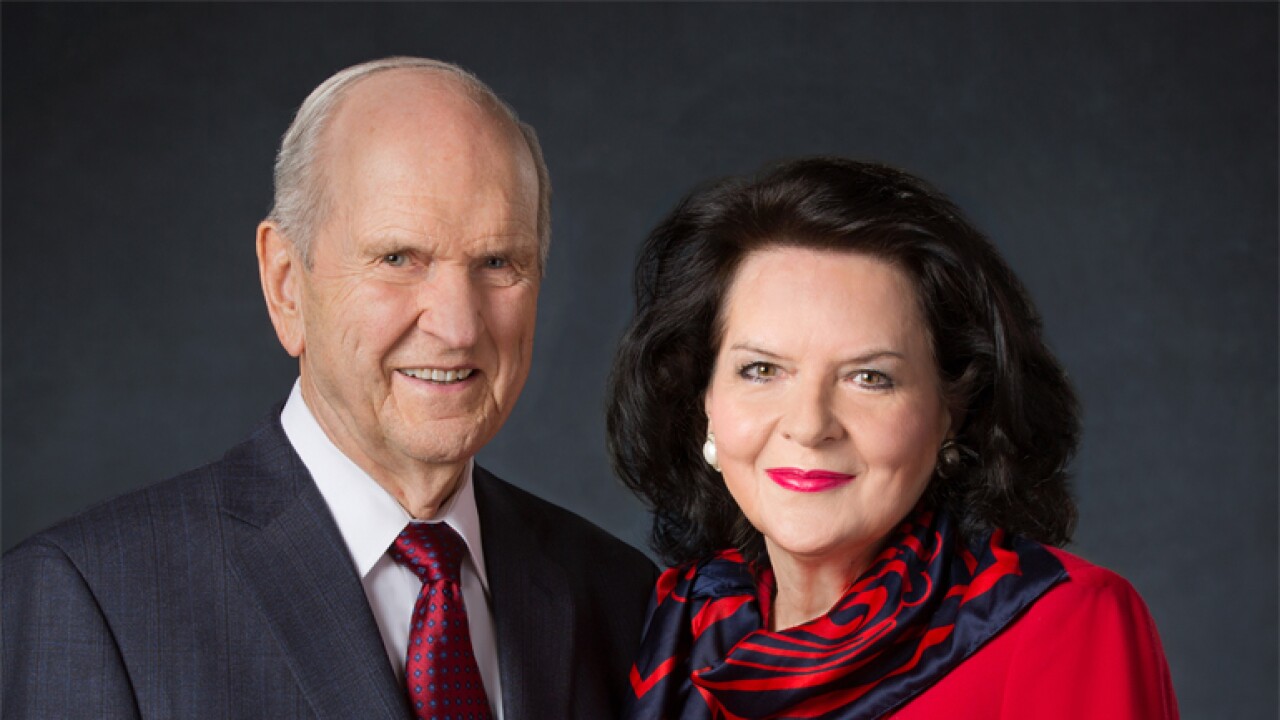 SALT LAKE CITY – Leaders of the Church of Jesus Christ of Latter-day Saints are embarking on a global ministry tour in April.

President Russell M. Nelson and his wife, Wendy, along with Elder Jeffrey R. Holland of the Quorum of the Twelve Apostles and his wife, Patricia, will visit Europe, Africa and Asia.

The group will visit eight cities in 11 days from April 10 to April 23.

The LDS church leaders will meet with members and missionaries along the way, according to MormonNewsroom.com.

A meeting will be held in London Thursday evening, April 12, which will be broadcast to Church meetinghouses in the United Kingdom and Ireland.  This is a ticketed event and tickets are being distributed. The Church has about 186,000 members in the UK and nearly 4,000 members in Ireland. The first missionaries to go overseas were sent to Britain in 1837, only seven years after the Church was founded. There are nearly 512,000 Latter-day Saints in Europe.

A conference will be held with Latter-day Saints in the Holy Land. The Church has four congregations with about 260 members in Israel. Jerusalem is home to the Brigham Young University Jerusalem Center. Visits to Jerusalem historic sites are also planned.

The Church leaders will participate in a meeting that will be broadcast to all Latter-day Saint congregations in Kenya. The first African converts in Kenya were baptized in 1979. There are now more than 13,000 members in Kenya.

Church membership is growing in Africa, where about 540,000 members reside.

Meetings will be held with missionaries and members in Zimbabwe. A devotional will be broadcast to all Latter-day Saint congregations in that African country.

Nearly 30,000 Latter-day Saints call Zimbabwe home. Missionary work began in what was then Southern Rhodesia in the early 1930s.

Church leaders will meet with members and missionaries in India. More than 13,000 members in more than 40 congregations live in India. Unofficial missionary work in India dates to the 1850s. The first meetinghouse in India was dedicated in February 2002.

There are more than 1.1 million Latter-day Saints in Asia.

A meeting will be held for members in Thailand. Regular worship services were authorized in 1961, and President Gordon B. Hinckley dedicated the country for the preaching of the gospel in November 1966. More than 21,000 Latter-day Saints live in Thailand, where there are 40 congregations.

A meeting with Latter-day Saints is planned in Hong Kong. Missionary headquarters were established in Hong Kong in 1949, where there are now nearly 25,000 members in 41 congregations. A temple was completed in 1996.

The global ministry tour finishes in Hawaii with a meeting on the campus of Brigham Young University–Hawaii in Laie. Hawaii is home to 74,000 Mormons and two temples, located in Laie on Oahu’s North Shore and Kona, Hawaii.