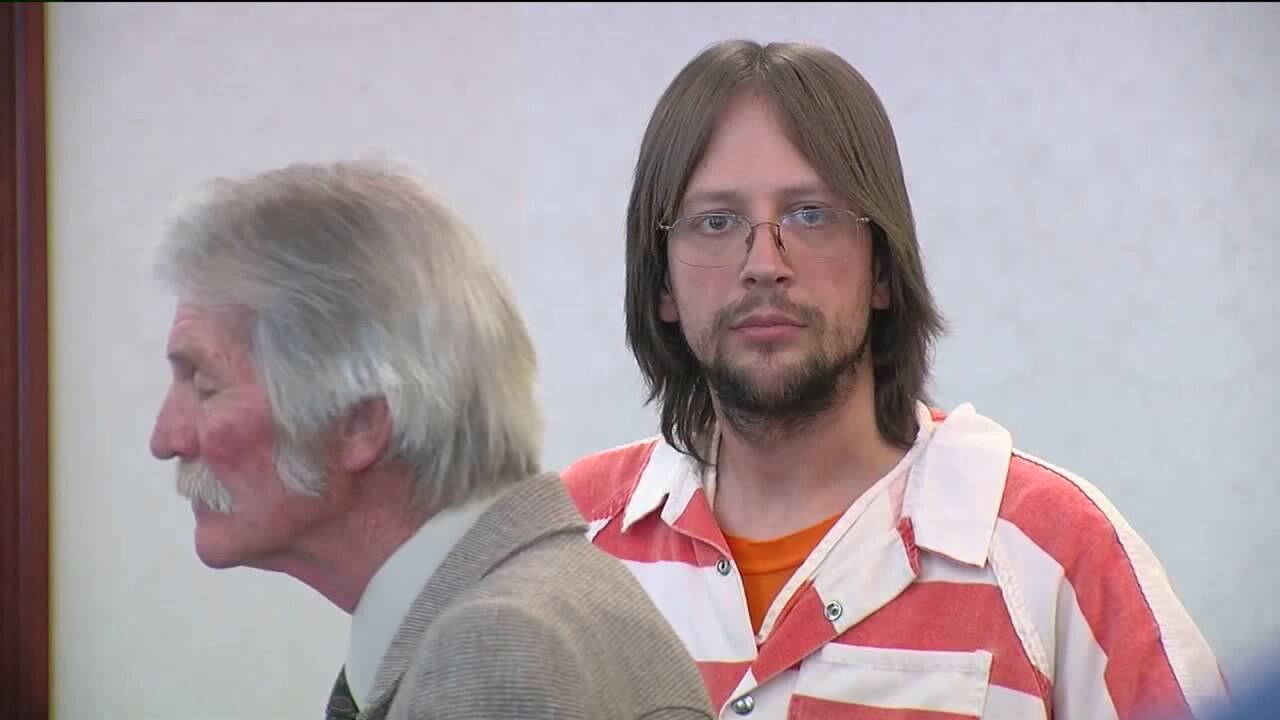 MANTI, Utah -- A man accused of kidnapping his children as part of a doomsday cult rejected a plea bargain with prosecutors.

John Coltharp would not agree to a plea deal offered by Sanpete County prosecutors on Wednesday in Manti's 6th District Court. He is currently facing felony kidnapping, obstruction of justice, sodomy and child bigamy charges.

During the hearing, Coltharp waived his speedy trial rights and a judge set a July trial date. Outside of court, Coltharp's defense attorney, Paul Frischknecht, told reporters he still had hope a resolution could be reached in the case, but Coltharp's "religious beliefs" prevented him from saying "guilty."

"He has a hard time saying the word 'guilty,'" Frischknecht said.

"He’s not the first person to cloak misbehavior, abhorrent crimes such as sexual abuse into religious beliefs. We have people like Warren Jeffs," he said, referring to the imprisoned Fundamentalist LDS Church leader.

Coltharp's ex-wife told FOX 13 she was not surprised to see him reject a deal.

"I'm disappointed but not surprised he didn't take whatever was offered. John thinks he is a prophet, he will not bend to the laws of men," she said. "My children told me that John said he couldn't wait for the world to come to an end so he could destroy as many people as possible. His actions to me, show that he thinks he is chosen and no matter what he will get away with whatever he wants."

Meanwhile, the leader of the group known as the "Knights of the Crystal Blade" went back to court to try to withdraw his guilty plea to child rape and abuse charges. Samuel Shaffer wrote a letter to the judge saying he was "not mentally or emotionally prepared to enter a plea" when he did in February. Shaffer claimed he was unprepared for the potential of going to jail for life, which led to a mental breakdown and him being placed on suicide watch.

"I have the presence of mind now to say that I intend to go to trial," Shaffer wrote.

Shaffer appeared in 6th District Court Wednesday afternoon on sodomy, obstruction of justice, child bigamy and lewdness charges. The judge appointed him a public defense attorney with another hearing scheduled in a couple of weeks.

Coltharp and Shaffer are members of the polygamous group known as "Knights of the Crystal Blade." The childrens' mother told FOX 13 in December that Shaffer referred to himself as "The Seer," and has been reincarnated. Coltharp viewed himself as a "prophet" and both were preparing for the apocalypse.

Coltharp and Shaffer are accused of kidnapping the children and taking them to an area outside Cedar City. An AMBER Alert was issued for them in December. Police found two of the children in a mobile home, and two others hiding in empty water barrels with temperatures dipping near freezing.