A Nevada teen called his congressman and dropped an F-bomb while demanding action on guns. His school suspended him 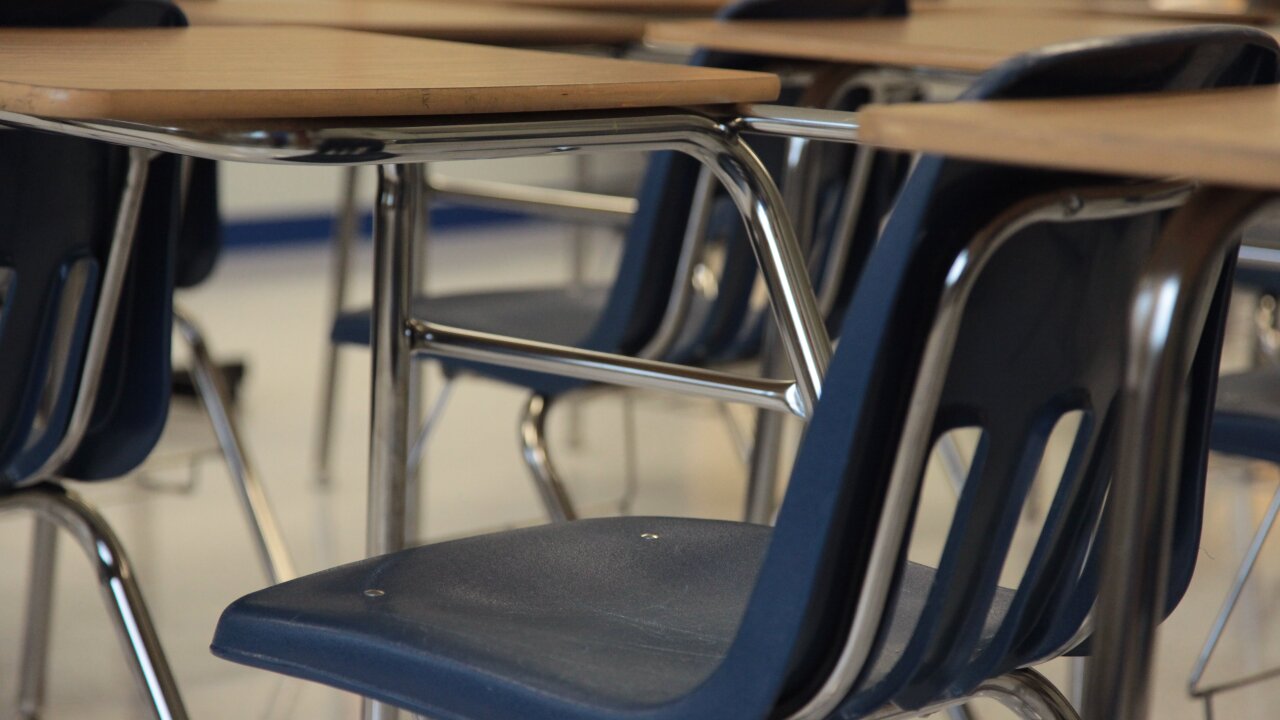 Noah Christensen admits he could have used better language when he called his congressman’s office and used the F-word to demand action on gun control.

After the call, a congressional aide notified the Nevada teen’s school, which suspended him for two days.

Now Christensen, 17, is at the center of a debate about decorum and free speech. The ACLU is involved. And some people are seeking an apology from the congressman, who says that’s not going to happen.

It began last Wednesday when the teen, a junior at Robert McQueen High School in Reno, joined students nationwide in walking out of class for 17 minutes to demand tougher gun laws. During the walkout, Christensen called the Reno office of his congressman, Rep. Mark Amodei, and argued for banning bump stocks and raising the minimum age to buy a gun.

He also told the staffer who answered the phone that members of Congress needed to “get off their f***ing asses” and take action.

His comments did not go over well. A staffer at Amodei’s office called Christensen’s school, which gave him a two-day suspension for “disrespectful behavior/language” and barred him from fulfilling his role as class secretary/treasurer.

Amodei said his office received several hundred calls from students during the walkout and that Christensen was the only caller to use profanity.

“Do I have a problem with this guy exercising his First Amendment rights? Absolutely not,” Amodei said. But his congressional staffer also should be allowed to exercise his free-speech rights to report the student’s language, he said.

ACLU: Discipline ‘will have a chilling effect’

By Tuesday, when news of his suspension began to make headlines, Christensen was somewhat contrite.

“I totally understand that’s not maybe the wording I should have used but it’s still my right to use that word,” he told KOLO, a CNN affiliate. “I personally thought that I had the political privacy to make a phone call to any representative and tell them how I feel.”

His mother, Stacie Lerma, told KOLO she wasn’t notified of the suspension until the next day but supports her son.

“I don’t encourage my child to go and cuss at someone. However, I know how passionate he was, especially about this topic,” she said. “And I myself believe that something needs to be done (about gun violence) and maybe somebody does need to get off their butt and do something.”

The ACLU on Monday sent a letter to McQueen High School and the Washoe County School District, asking that Christensen’s suspension be overturned in part because such discipline “will have a chilling effect on other students who are considering engaging in the political process.”

Holly Welborn, policy director for the ACLU of Nevada, told KOLO the school also sent mixed messages by barring Christensen from his student council duties during his suspension but allowing him to compete with the debate team at a prestigious tournament in Las Vegas.

A spokeswoman for the school district declined comment to CNN.

ACLU of Nevada Executive Director Tod Story also sent a letter to Amodei, urging him to respect Christensen’s First Amendment rights and reminding him why some Nevada students might feel strongly about gun control after last month’s school shooting in Parkland, Florida, and the massacre last October at a music festival in Las Vegas.

“Regardless of your opinions of the March for Our Lives movement, student walkouts and gun control policies, it was inappropriate and unbecoming of your congressional office to seek to have this student punished,” Story wrote.

“You owe this student a public apology for retaliating against him by enlisting the school to punish him on your behalf.”

Amodei: ‘We did not retaliate’

Amodei said his office did not seek to have the student reprimanded but was merely relaying to the school what had occurred.

“We did not retaliate — we reported what the guy did,” he said. “We did not ask for discipline or anything like that.”

Amodei, a Republican, has represented Nevada’s 2nd Congressional District since 2012 and has supported gun rights in the past.

He said he did not learn of Christensen’s phone call until Monday — two days after he sent a newsletter to his constituents about gun safety in schools in the wake of the Parkland shooting.

In the newsletter, Amodei noted that the House just passed legislation authorizing $75 million a year to fund training, buy metal detectors and take other steps to improve school safety. He also suggested looking into such measures as boosting age restrictions for gun sales and banning devices, such as bump stocks, that turn legal guns into illegal automatic weapons.

“With all due respect (to Christensen), we’ve been off our butts … and trying to get stuff moving,” he said.