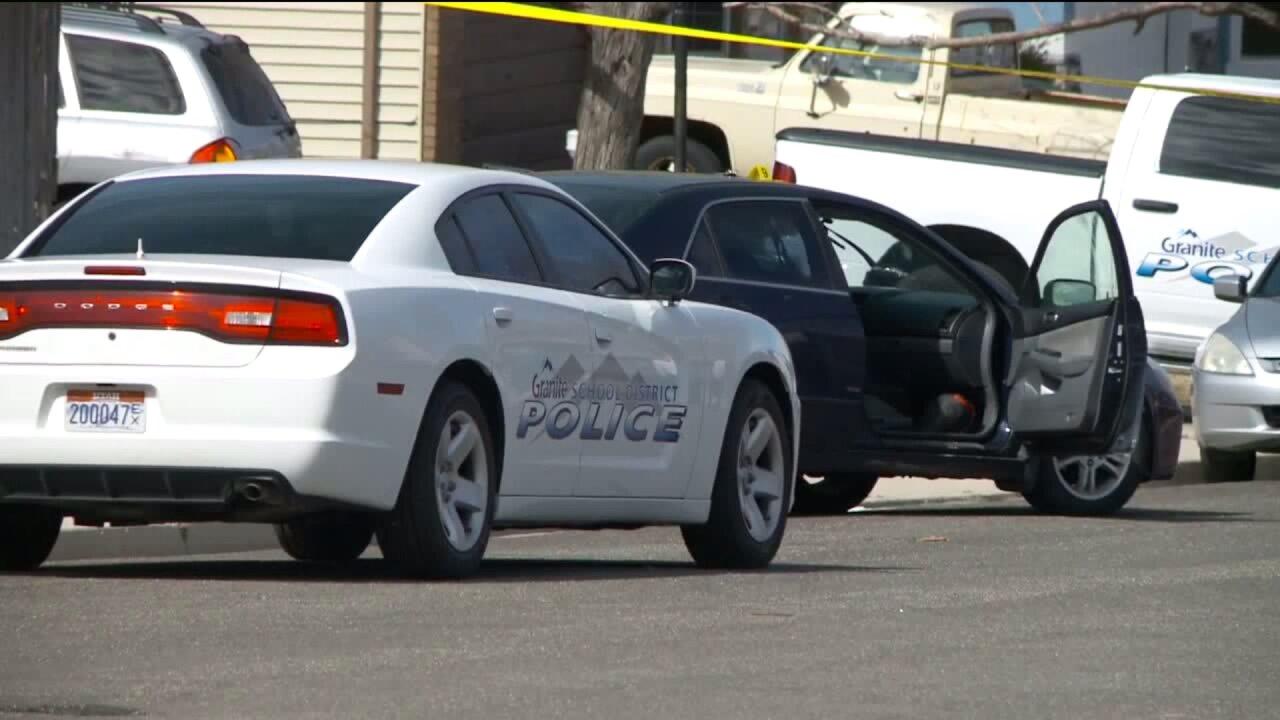 WEST VALLEY CITY, Utah -- A juvenile is fighting for his life after being shot by a Granite School District Resource Officer.

The district says the officer, who has been with the department for less than a year, approached a car that appeared to be full of teenagers near Hunter High School Tuesday afternoon.

"I think the community would be appreciative of the fact that some kids, potentially doing drugs in a nearby park, are going to be approached by one of our officers," Horsley said.

According to the district, the car hit the officer, who ended up on the hood—leading him to fire his gun. The gunfire struck the driver, a male juvenile who is not currently enrolled in school.

"Since the officer was struck by the vehicle itself, I think it goes without saying that he probably felt like his life was in danger," Horsley said.

The officer is on administrative leave and will remain so until the investigation is complete.

An inter-agency task force led by Salt Lake City Police has tracked down three of the four people in the car. One is an enrolled high school student, although he's not enrolled at Hunter High.

Another is enrolled in the district's STEP program, which is an alternative remediation program for students who have violated school policy. The third person in the car was an adult male, but police are still trying to track him down. At this point, police are referring to them as witnesses, not suspects.

"Because they are considered witnesses at this point and time, none of them have been taken into custody," Horsley said.

The Granite School District said the investigation will take some time and a lot rests on what happens to the driver.

"Obviously the loss of life is a tragedy no matter the circumstances; so with respect to that particular individual being in critical condition, that will obviously play out and that will play a part in the timeline of how well and quickly this investigation proceeds," Horsley said.

At this point, the Granite School District will not confirm or deny if there is any body camera footage of the incident.