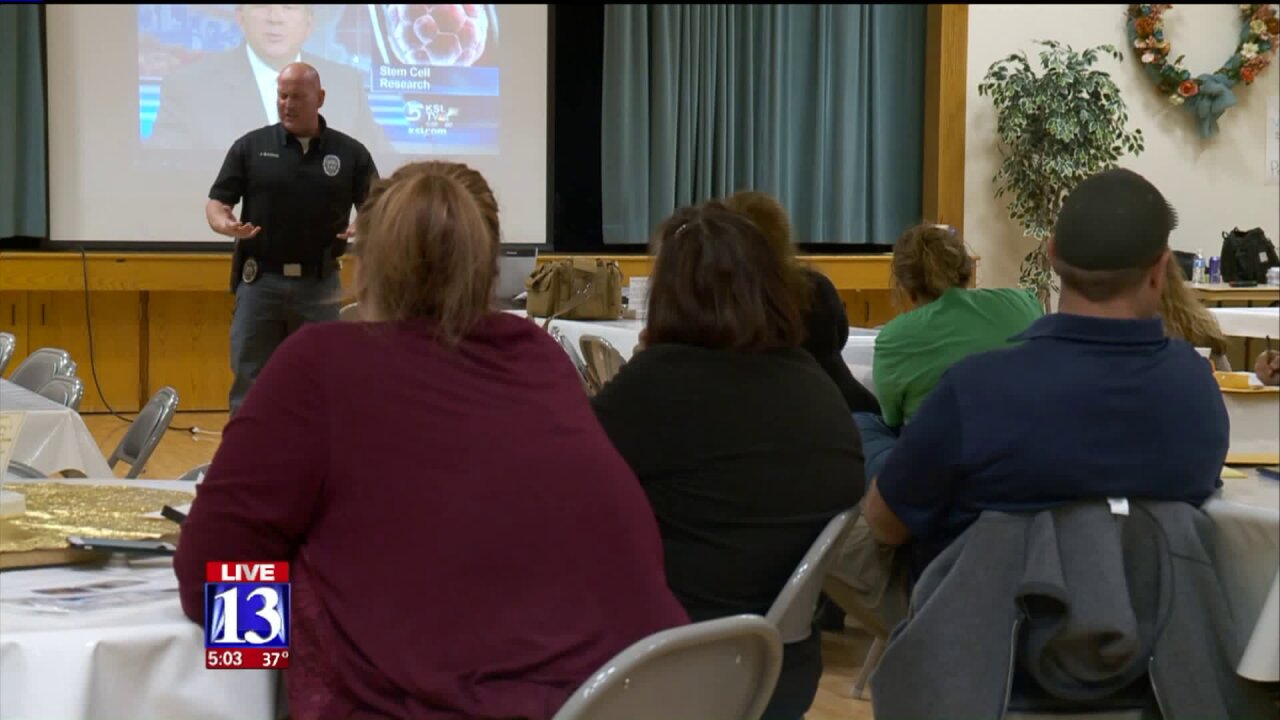 Orem Police had received so many inquiries from schools, detectives decided to give a class to Utah County educators free of charge.

"If teachers are willing to arm themselves, protect others, we`re happy to provide that," Orem Detective Jared Goulding said.

The teachers who attended the class had their own questions and motivations.

"I`m doing it because there`s guns all around, like we live in a hunting state, and there`s safety issues," junior high school teacher Merinda Davis said.  "And I`d like to be educated knowing what our rights and responsibilities are."

Junior high school teacher Toby Ryan had his own reasons for attending.

"Because of all the stuff that`s going on and things in the news," he said.  "It`s just being able to have that protection and having that option whether I want to keep that or use it or not I don`t know."

The Orem detectives say just planting the idea that some teachers might be armed could work as a deterrent.

Saturday's class focused on gun laws and safety, but officers say they would be interested in teaching a class about active shooter tactics in the future.