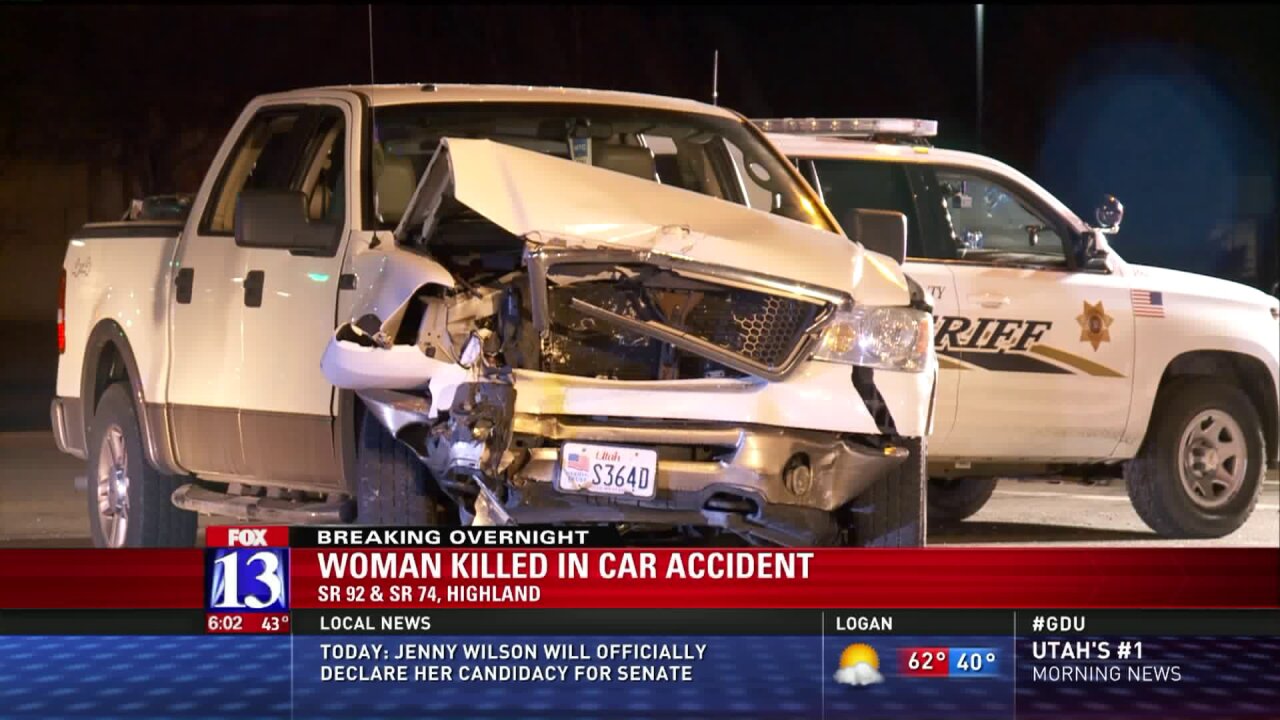 HIGHLAND, Utah — A woman was killed and two drivers were hospitalized Monday night after a crash in Highland.

Authorities have identified the woman who was killed as 79-year-old Patti Nielson.

"This is a busy intersection. It's not uncommon for us to have these major accidents," said Sgt. Charlie Thurston, Lone Peak Police Department.

Emergency crews took the drivers of both vehicles to a hospital. A passenger in the sedan died at the scene.

Police closed the intersection for several hours as they conducted an investigation.