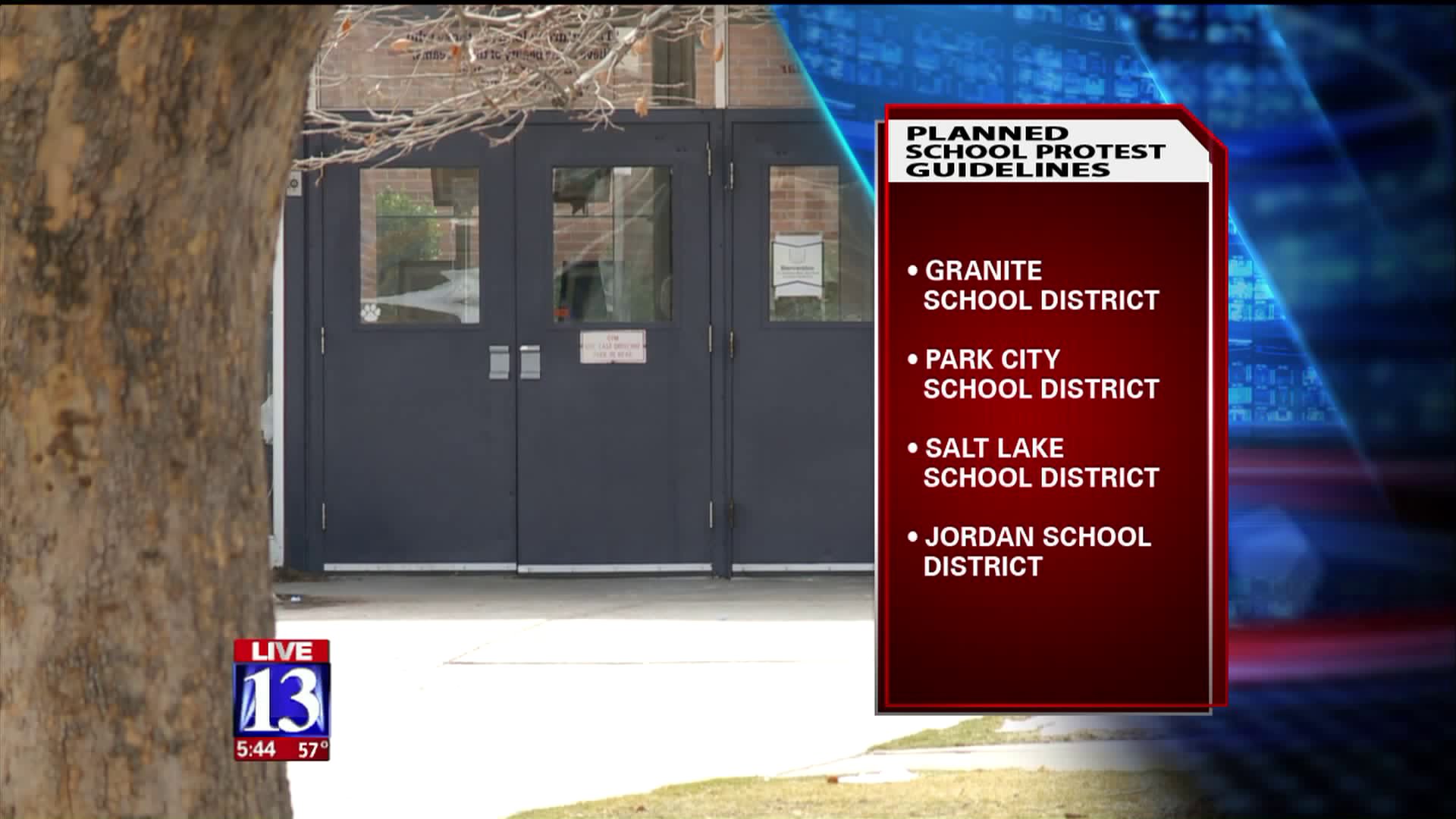 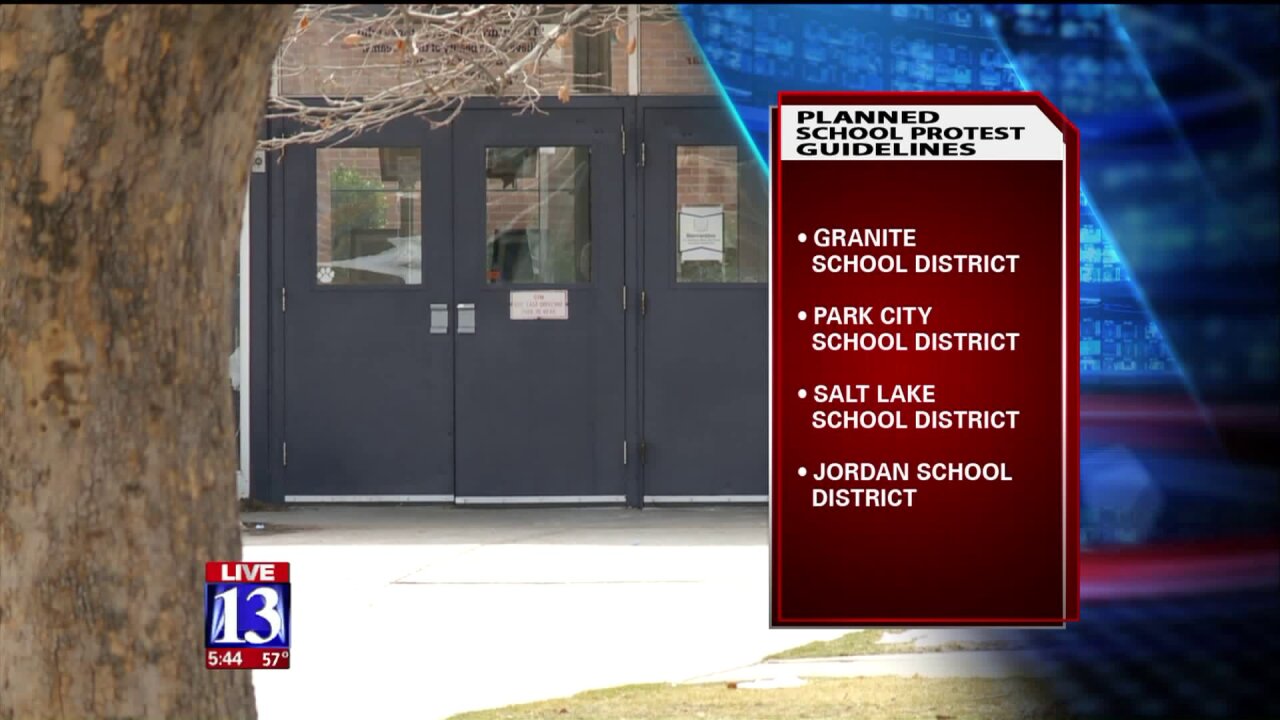 This week, Canyons School District sent parents a letter informing them that students who decide to walk out on that day to mark the one-month anniversary of the school shooting in Parkland, Florida will not be punished.

Leaders are also allowing students to participate in the April 20 demonstration to mark the 19th anniversary of the Columbine shooting in Colorado.

“Let's create that space for them to be able to do that and say they contributed to this national conversation so we can all work together to create safer schools,” said Jeff Haney, Canyons School District Spokesperson.

Aurora Allen is organizing a walkout at Brighton High School on March 14. At 10 a.m., students will meet on the football field.

“We're going to have 17 minutes of silence," Allen said. "After each minute, we'll say the name of the person the minute represented, who lost their lives in the Florida shooting.”

If students don’t go back to class, they will be marked absent.

“We've encouraged parents to talk with their students about the reasons why they would want to participate," Haney said. "If it's just to get out of school, that's not a great reason to participate in this national conversation."

Haney says there will be extra police present at the schools to provide an additional level of security.

Fox 13 News also reached out to other school districts to find out how they’re handling the demonstrations.

“The primary focus in Jordan School District is on classroom instruction and student safety. That is why it will be business as usual for all schools on planned walkout days.

The District will not discourage anyone from participating in walkouts, however students must follow normal rules and should not miss class without following proper procedures. Jordan School District supports a student’s right to peaceful assembly and free expression.

Again, our primary emphasis is on classroom instruction and student safety."

Ben Horsley, Granite School District spokesperson, says students must have permission from parents to be excused from class. If a student is not in class, they will be marked absent. If a student requests a gathering on school grounds, which the district prefers, schools will work with students to supervise and keep them safe on campus.

Melinda Colton, spokesperson for Park City School District, says they’re expecting 800 students to participate on March 14. Students will be excused for 17 minutes. If they do not return to class, they’ll be marked absent. Law enforcement will be on hand to help administrators and support staff keep students safe while they exercise their freedom of speech.

Yandary Z. Chatwin, Salt Lake City District spokesperson, says they are supportive of students who want to participate in walkouts. Students have been asked to work with their principals to ensure all safety considerations are addressed.

Davis School District sent parents a letter saying the walkout will be for 17 minutes — from 10 a.m. to 10:17 a.m. — and has been designated as a time to bring greater awareness to the issues associated with threats to the safety of students and staff in schools.

"While Davis School District respects a student’s right to peacefully protest, safety and behavior protocol are a top priority. Because of that priority, we have developed the following parameters:

• As necessary, the school will provide a designated, supervised area for a peaceful student walkout.
• Students who leave the school grounds — as with any non-school related activity — will require a parent/guardian check out to avoid a truancy.
• Students are expected to adhere to school conduct and rules of behavior during the 17-minute walkout.
• Students who choose to participate in this walkout as outlined above will not be truant.
• Students are expected to return to class at 10:17 a.m. Those who do not return will be marked absent. "