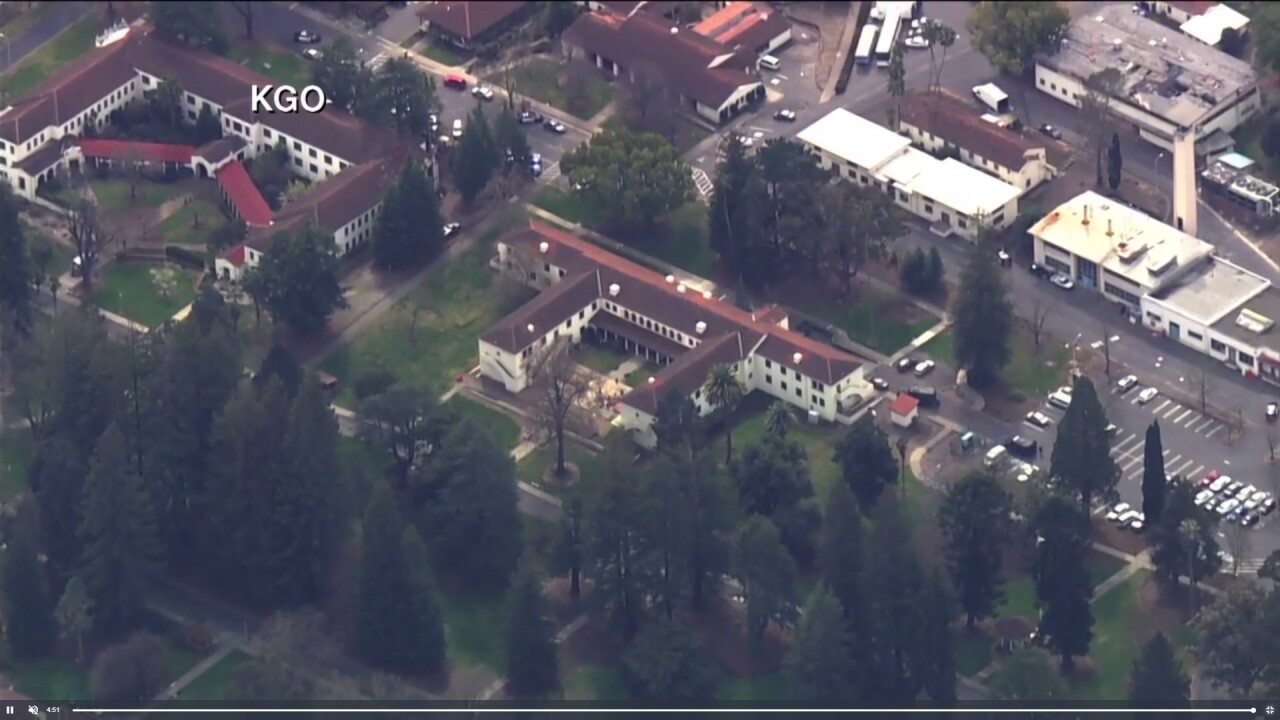 UPDATE: Fox 40 reports that law enforcement found three women and a man dead at the scene of the hostage situation.

Police say they believe the male was the suspect.

Authorities have not yet identified the deceased, saying they are still working to notify next of kin.

The hostages are employees of The Pathway Home, a counseling service for veterans who suffer post-traumatic stress disorder (PTSD), and not residents of the facility north of San Francisco, Napa County Sheriff John Robertson said at a news conference.

Negotiating teams are trying to contact the gunman, who is believed to be armed with a rifle, he said.

“We’ve tried numerous times and been trying since 10:30 this morning to contact him by his own cell phone and also the phones in the dorm area,” the sheriff said.

“There was a going-away party for a couple of the staff who were leaving today,” he said. “They were having cake and toasting, apparently he just walked in with this rifle.”

The man held other people hostage but released them, Robertson said. He said authorities know the gunman’s identify but are not releasing it yet. He didn’t give a motive for the gunman’s actions.

Nobody is known to be injured, he said, but earlier the man and officers fired shots at each other.

“There was an exchange of gunfire, fired by the suspect and our deputy,” he said.

Law enforcement officers responded to a “shots fired” report around 10:20 a.m. local time from the facility that houses about 1,000 veterans, Robertson said.

Robertson said about 70 students who were inside the Lincoln Theater, located on the grounds of the veterans home, have been evacuated and are safe.

“They were always safe,” the sheriff said. “They were put into a locked down position for their own safety.”

Chris Childs of the California Highway Patrol said a hotline will be set up for people to obtain information about relatives who live and work inside the home.

The California Department of Veterans (CalVet), which operates the home, said it enacted its emergency protocol. Police have surrounded the facility and are telling people to avoid the area.

Marlon Harrison was one of the family members who gathered outside the gates to the home.

“I’m waiting for a phone call from my daughter,” Harrison said. “It’s considered a lockdown building, you can’t go in unless authorized.”

The FBI has deployed a SWAT team to Yountville, spokesperson Katherine Zackel said. The Bureau of Alcohol, Tobacco, Firearms and Explosives said via Twitter it is also responding.

Founded in 1884, the facility houses about 1,000 aging vets and is the largest veterans home in the United States, according to the CalVet.

The veterans home is an important part of the Napa Valley Community, with the 1,200-seat Lincoln Theater, a golf course and a large library, CalVet said.

Residents were temporarily evacuated from the veterans home in October when fires raged through Napa County.

Yountville is a town of about 3,000 residents in the north San Francisco Bay area.