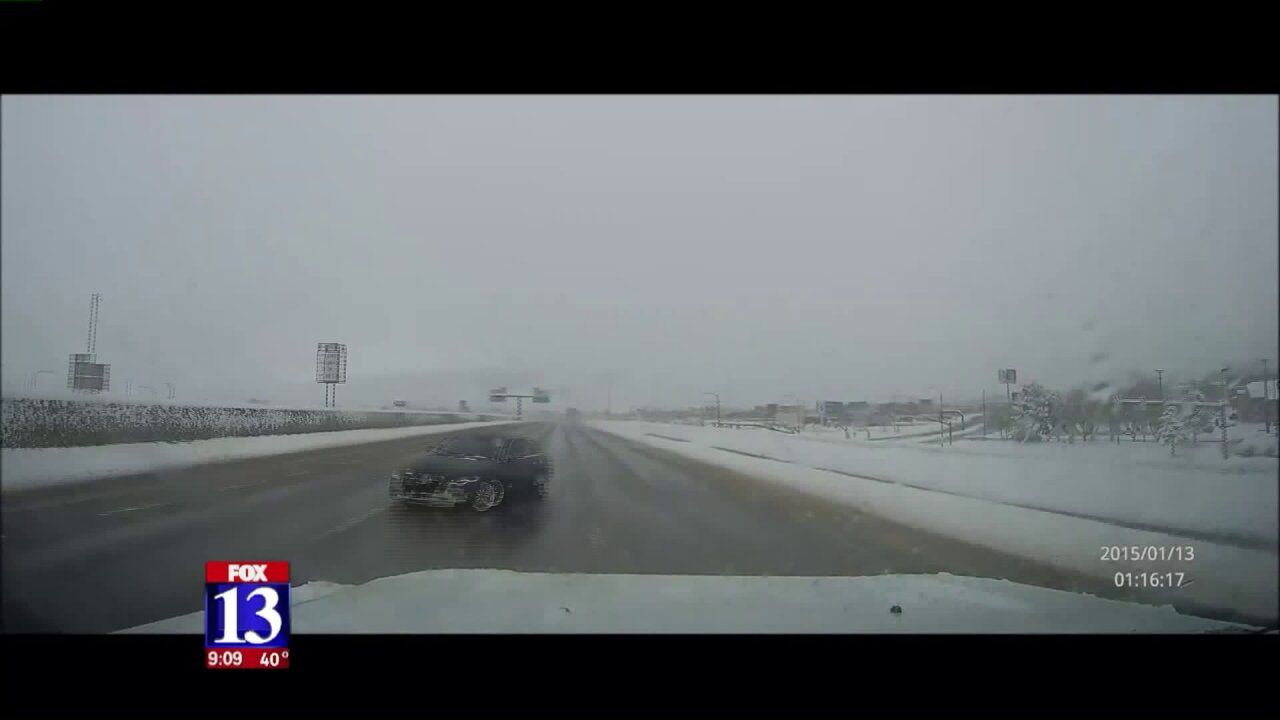 WOODS CROSS, Utah - A Utah man's calm and collected reaction when he nearly got in a head-on crash is gaining attention online; and he claims his Enya background music helped.

Trent Nielsen of Murray was hauling an 18-foot trailer behind his pickup truck on I-15 in Davis County on March 4 when another car lost control on the freeway.

In the video you see a black sedan lose control and spin around so it is facing backward on the freeway.

That's when Nielsen casually guides his truck and load to the right.

After the move, his wife exclaims, "Wow. Nice maneuvering honey," all while Enya's "Only Time" softly plays in the background.

Nielsen used to drive a tow truck, so he has experience with long loads. He knew overreacting was the wrong thing to do.

He said his trailer missed the car by about a foot and a half.

And as for that song selection?