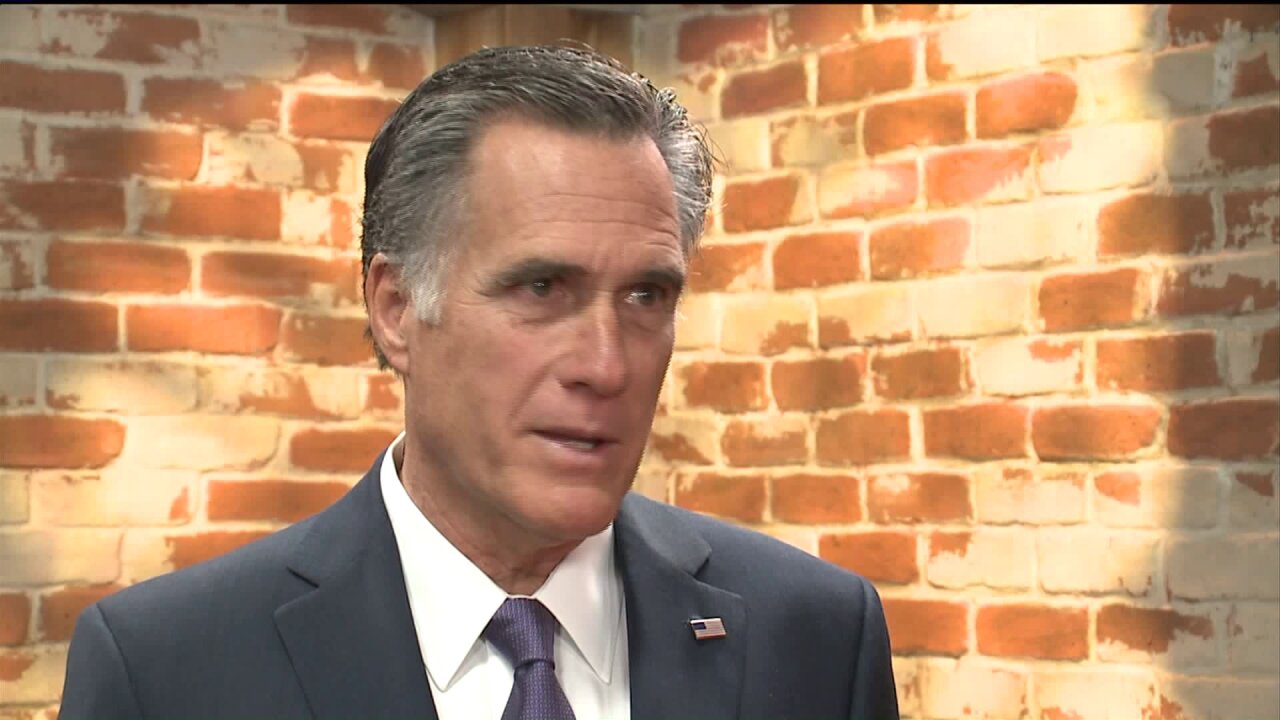 SALT LAKE CITY -- Senate candidate Mitt Romney took a break from a truck tour of Utah's counties to sit down in front of Fox 13's cameras, asking questions about the big issues nationally and in Utah.

"If I become the US Senator from Utah, I'm gonna fight to hold the feet to the fire of the people who make cars and trucks and all sorts of home appliances because I want to make sure we have air as clean as it can possibly be."

"I think young people who have been brought in, the so called dreamers, or the DACA kids, there is recognition on both sides of the aisle that those folks ought to be able to stay in the country legally. The question is should they become citizens, and should there be a special pathway for them. I don't believe a special pathway is the right way to go. I believe if people want to serve in our military, terrific. We're going to get you as a citizen. You want to serve in other ways in our state and our country, wonderful. We're going to get you to be citizen. But for everybody else, get in line with all of the good people in the world who want to become a citizen of the greatest nation on earth."

On a response to the mass shooting at Marjory Stoneman Douglas High School in Parkland, Florida:

"I do look to the federal government to have a background check process that's reliable so people crossing state lines don't escape our notice. I think young people that pose a risk to themselves and others, we're going to have to have some temporary action to remove their weapon from them and keep them from buying weapons, but the broad decisions with regard to weapons are going to have to be decided at the state level not the federal level."

Fox 13's Bob Evans conducted an extensive interview with Romney for a 3 Questions segment airing Sunday, March 18. That interview focused on issues involving Romney's relationship with President Donald Trump, reports that Russians may have intervened when the President considered Romney for Secretary of State, and Romney's decision to make Utah his home state and run for office here.