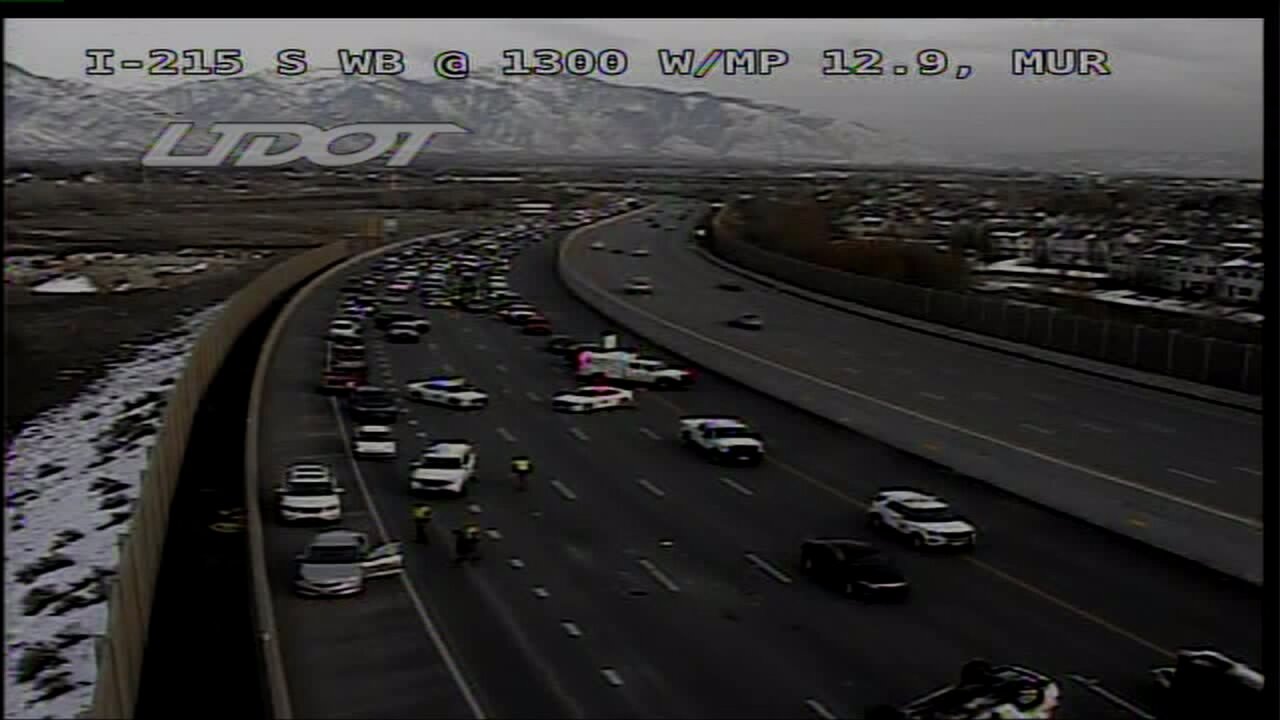 UPDATE: Shortly before 6:30 p.m., UDOT traffic cameras showed that most lane restrictions in the area of the crash have been lifted and traffic is moving through the area again.

According to dispatchers, the crash involved two vehicles and both of them rolled.

Lt. Todd Royce with the Utah Highway Patrol said the crash occurred as a result of a “bad lane change” and that both vehicles rolled after the impact. All injuries were minor.

UDOT says all lanes are closed in the area as crews respond, and traffic cameras in the area show a large traffic back-up. As of about 5:40 p.m., it appeared some vehicles were being let through on the shoulder of the road.

Royce said they are bringing in tow trucks to move the damaged vehicles, after which the impacted lanes can be re-opened.