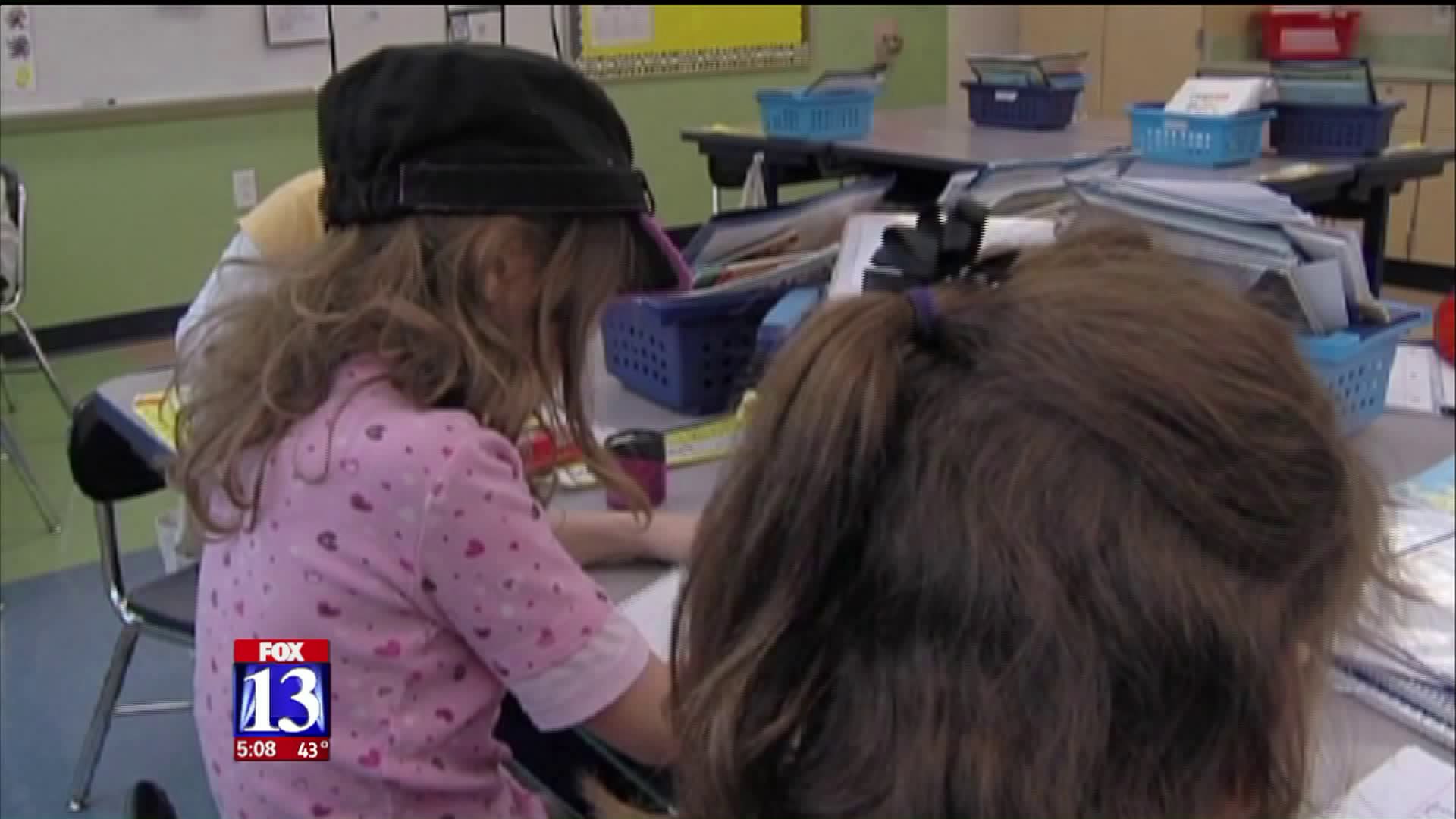 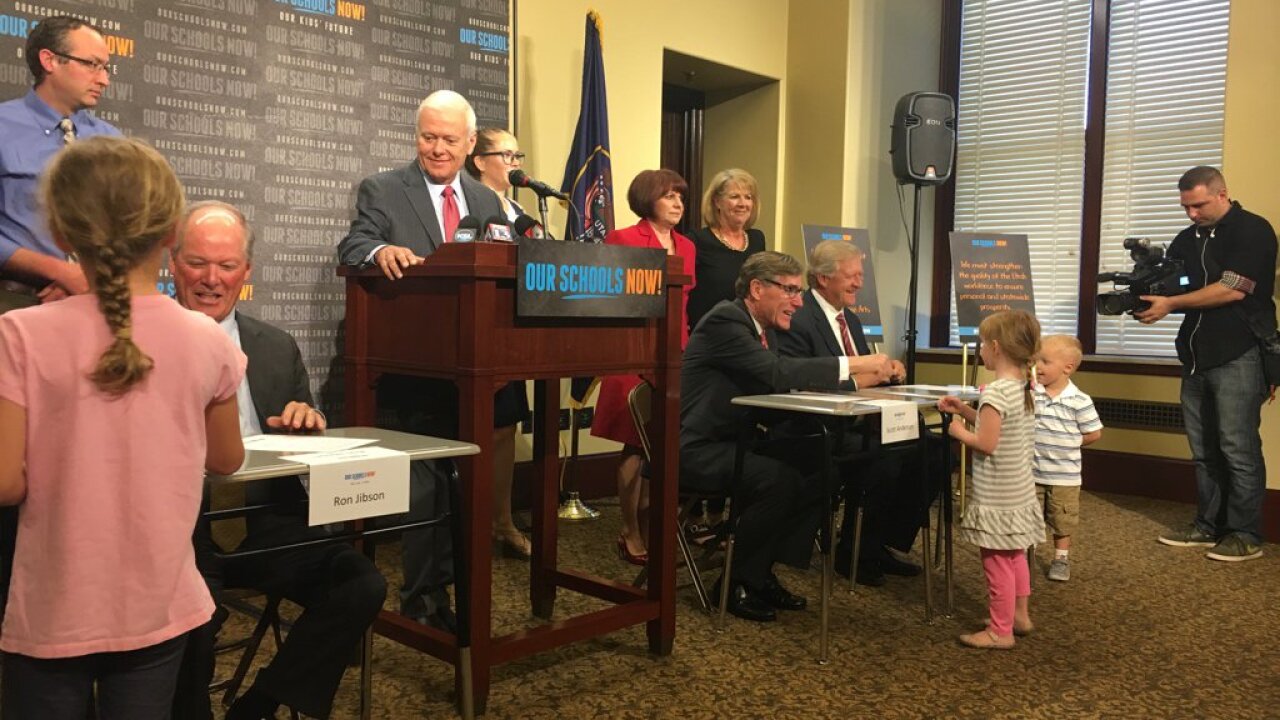 SALT LAKE CITY -- Negotiations between backers of the "Our Schools Now" ballot initiative and the Utah State Legislature could result in a deal that hikes the gas tax and keeps the tax hike for education off the November ballot.

Governor Gary Herbert speaks to reporters about a potential deal with Our Schools Now. (Photo by Ben Winslow, FOX 13 News)

"I’m impressed that they are pretty close to an agreement. They’re very close," Gov. Herbert told reporters on Tuesday.

HJR20 would ask voters to raise the gas tax by a dime a gallon with money earmarked to roads and education. The deal also calls for property taxes to be frozen. It would end Our Schools Now, which has so far gathered 150,000 signatures -- more than enough to qualify to be on the November ballot.

“From the beginning, Our Schools Now has preferred a legislative solution to significantly increase funding for Utah students and teachers. We are engaged in discussions with the Legislature to increase our commitment to education without a citizen petition. We are encouraged by the support we’ve seen to significantly increase school funding, and look forward to building support in the Legislature," the group said in a statement to FOX 13.

Our Schools Now originally proposed a significant income and sales tax hike to fund schools, pay teachers better and invest in students. This bill would give them less than they wanted, but guarantee funding.

Supporters of Our Schools Now sign paperwork to get on the 2018 ballot. (Photo by Ben Winslow, FOX 13 News)

The bill is being fast tracked in the final 48 hours of the legislative session. Rep. Edwards had already secured a hearing on Wednesday afternoon. But lawmakers were still chewing over the bill.

"I don’t know how well it’s being received by colleagues. I think they’re just trying to absorb it," said Senate Majority Whip Stuart Adams, R-Layton. "I think there’s challenges, we’ve raised the gas tax a couple of times in the last few years."

If no deal is struck, Our Schools Now told FOX 13 it would continue to push to get before voters on the November ballot.