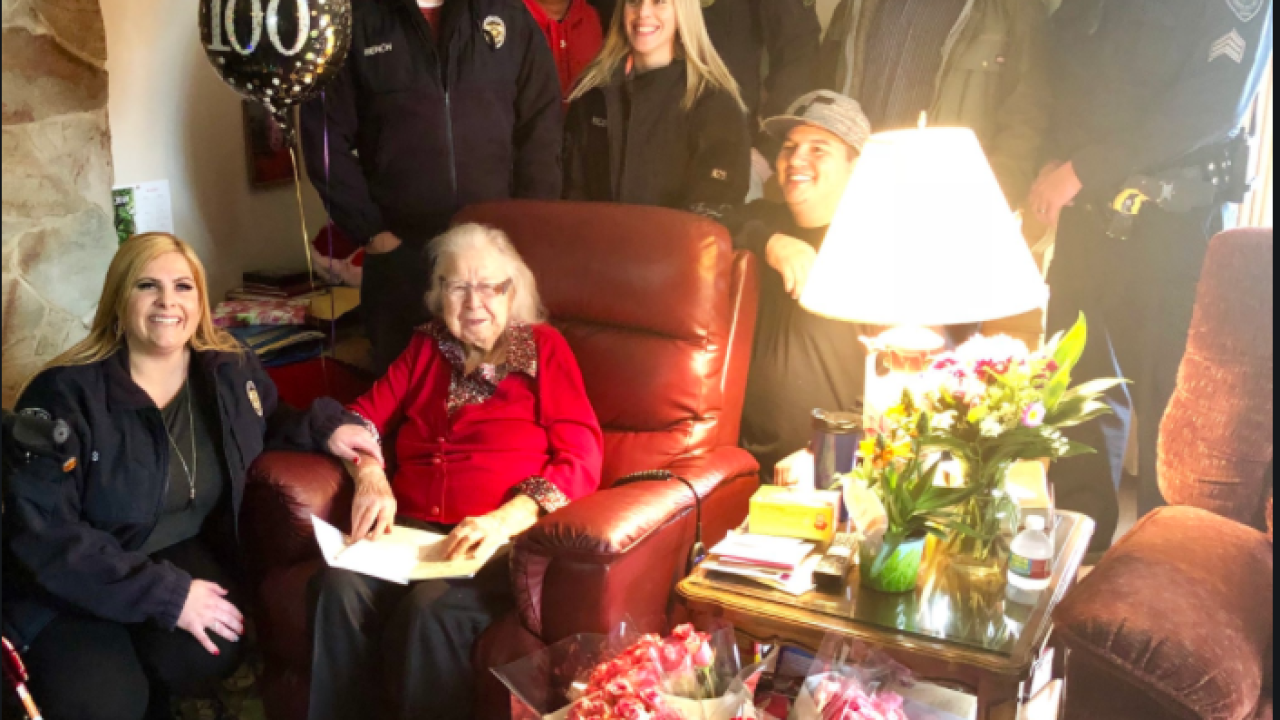 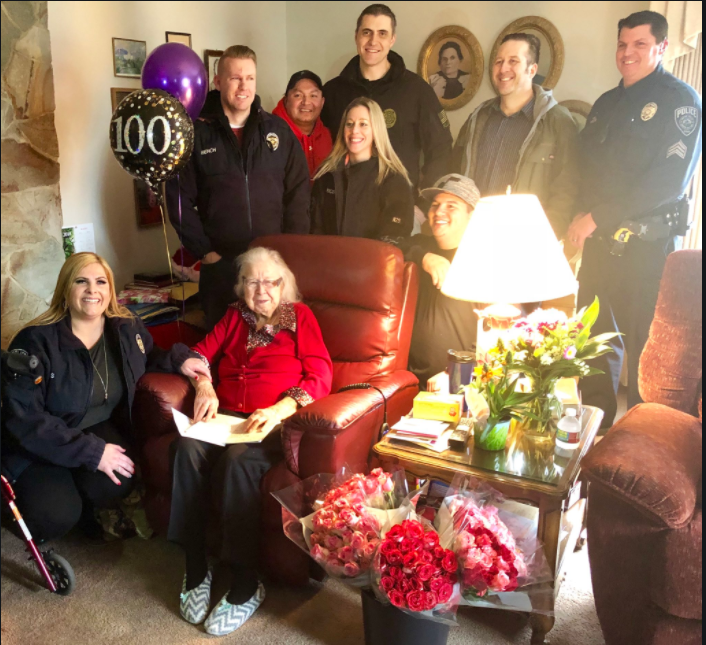 WEST VALLEY CITY — What a difference a week can make.

Last Saturday Doris Rucker Wasden was held hostage in her West Valley City home for several hours after a suspect fleeing police broke into the residence.

One week later, Doris was joined by Unified Police and other well-wishers as she celebrated her 100th birthday. Police shared photos of their visit to celebrate with Doris Saturday.

The woman was held hostage February 24 after a suspect fleeing police entered the home and pointed a gun at her grandchildren, causing them to flee.

“He was just scared I guess, and he grabbed me by my hands, and then I just sit on the floor on my bum so I didn’t get hurt,” Wasden recalled later that day in an interview with Fox 13. “And I just got back in bed and he come in again and then he started to talk to me. And I said ‘I can’t hear you, I can’t hear you.’ And then he realized I was a very old woman, so he was pretty nice to me after that.”

Wasden told Fox 13 last week that she and the suspect sat and talked through the hours-long ordeal, and she helped keep him calm. SWAT ultimately negotiated Wasden's release, and the suspect surrendered a couple of hours later.

Wasden's grandson, Jim, said Doris was in good spirits even shortly after the ordeal.

"Grandma’s disposition is what she’s taught us: that you can’t have animosity and you can’t be angry with the young man," he said. "He made a mistake and we don't hold resentment, and we just hope that he gets some help and hope that his family is okay."