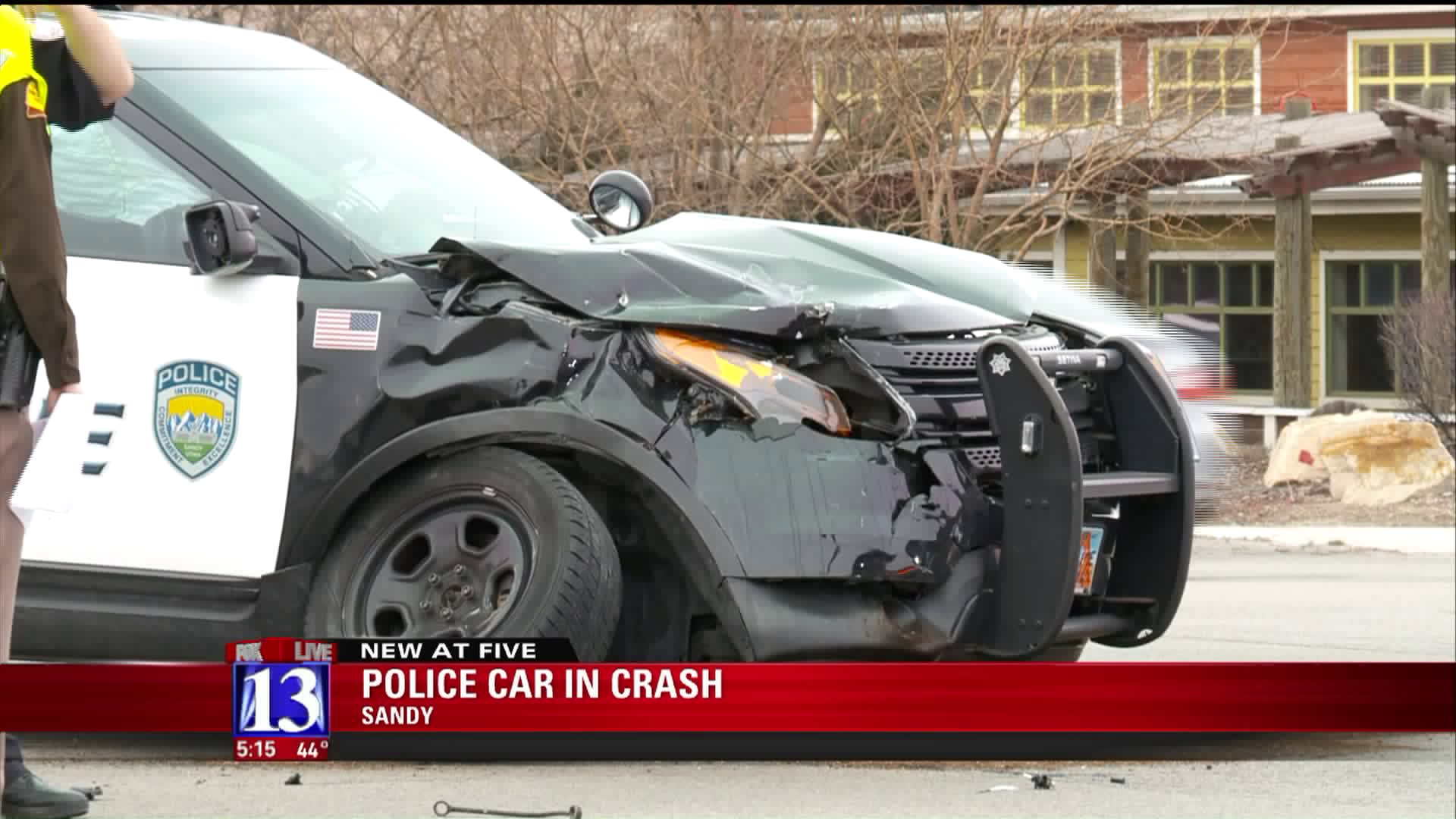 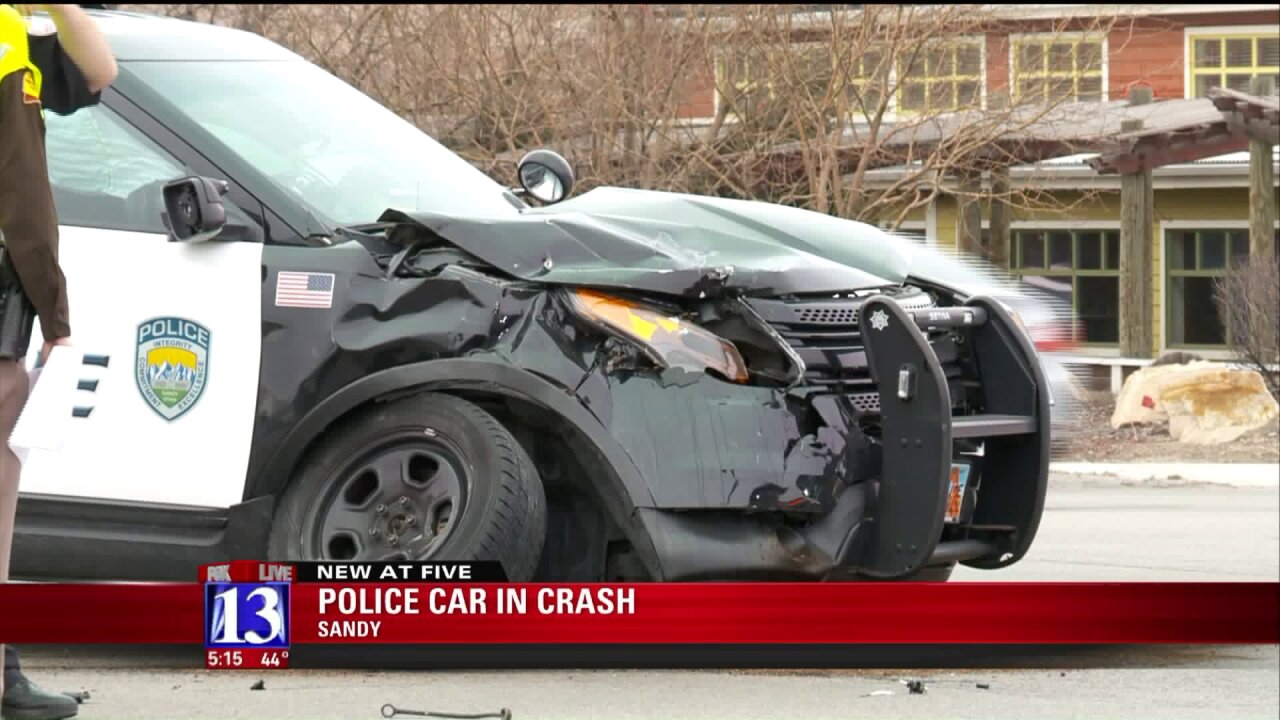 SANDY, Utah -- A Sandy Police officer headed to a rollover crash was involved in an accident Saturday afternoon.

Utah Highway Patrol said the officer was headed to a rollover on the freeway around noon.

The officer was going south on State Street with lights and sirens active and attempted to turn at the intersection at 106th South.

“I ran over and opened his door, he said they were OK; I ran over to the cop and I ask him if he was OK, and they were all OK,” said Hayley Gilmore, who witnessed the crash.

Traffic was slowed in the area as crews cleaned up. No injuries were reported.

No citations have been issued in association with the crash at this point.