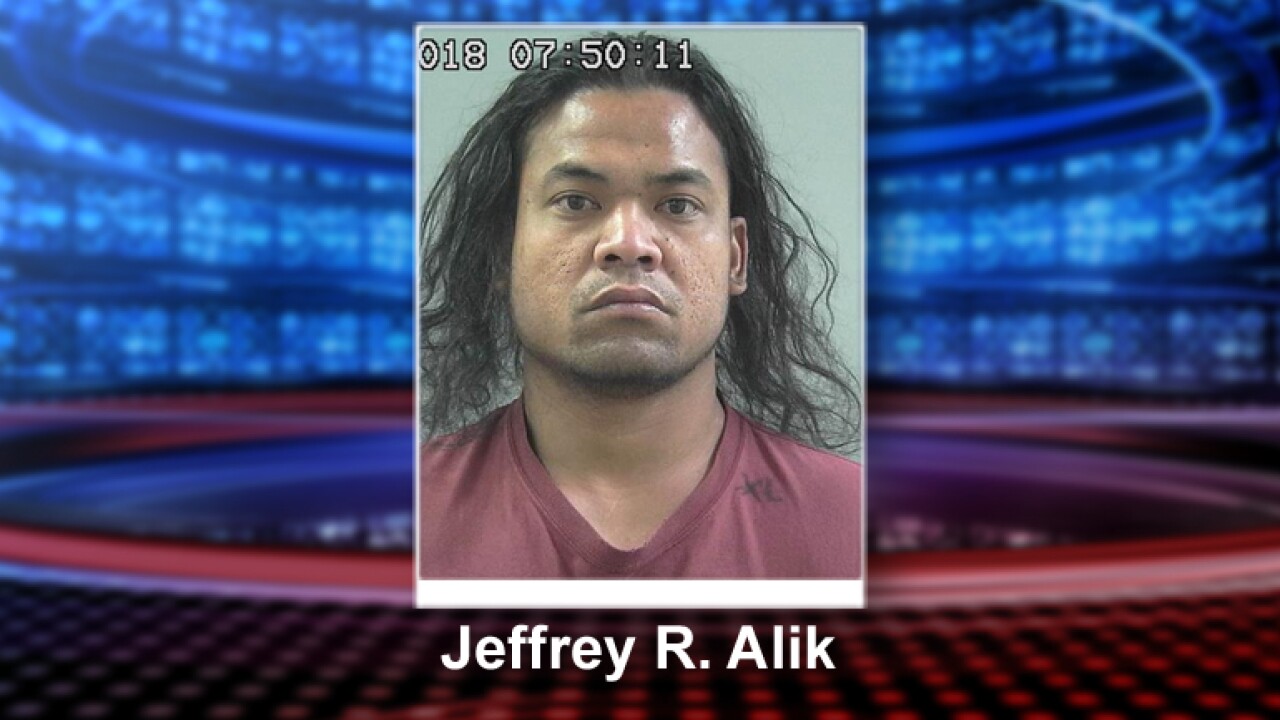 WEBER COUNTY, Utah – Ogden Police arrested a man last week after a woman said he raped her and threatened her baby.

Jeffrey Alik was booked into jail on one charge of rape on February 24.

According to a statement of probable cause, a woman told police the man entered her home and threatened to harm her and her baby if she moved. She said the man then grabbed her and raped her.

Police located Alik at his home and interviewed him at the Ogden City Police Department.

The suspect was booked into jail on one count of rape, and bail was set at $25,000. His bail order indicates any release must include no contact provisions.