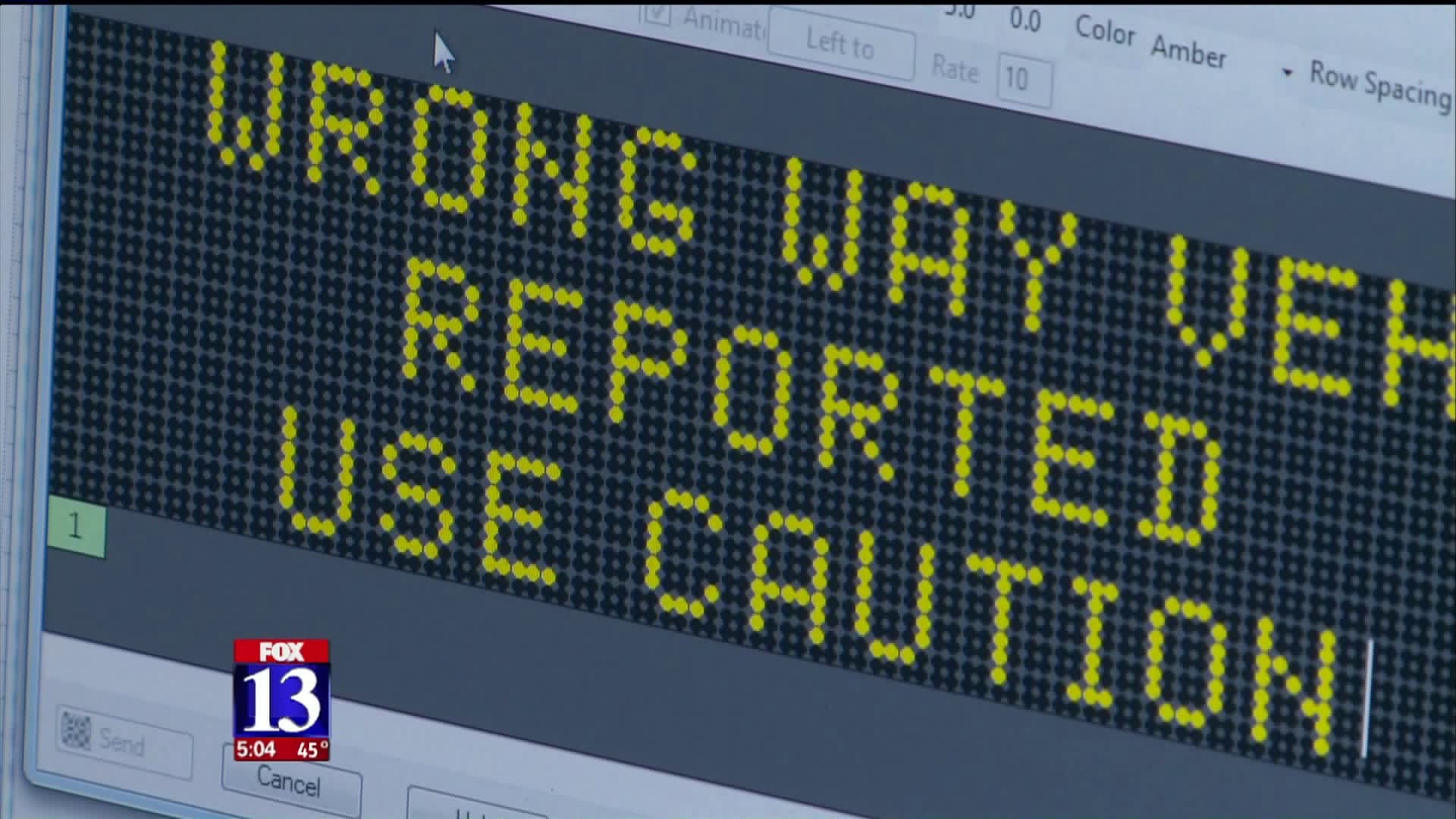 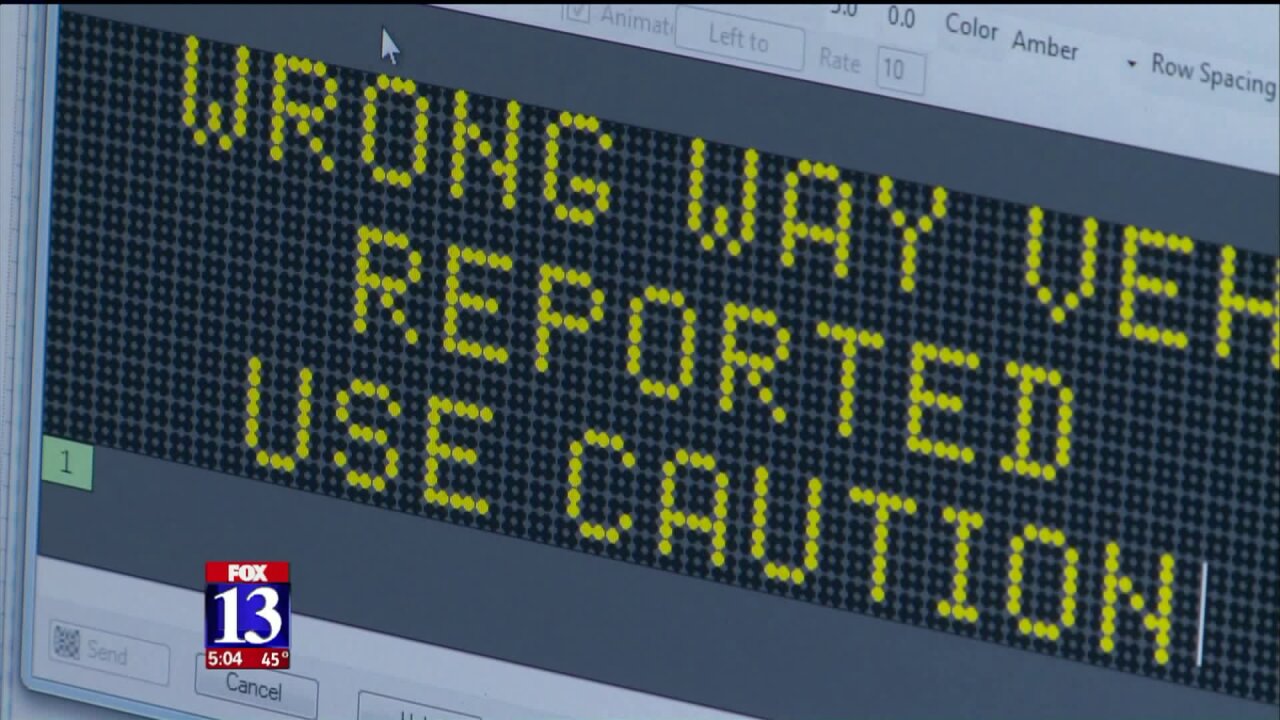 SALT LAKE CITY, Utah – The Utah Department of Transportation is increasing safety measures in response to an increase in wrong way drivers over recent years.

“That’s the last thing that you would expect when you’re driving on the freeway: to see someone driving at you, in your lane, and you really don’t have a lot of defenses at that point,” said John Gleason with the Utah Department of Transportation.

“It’s a big problem, and it’s something we want to be aggressive in addressing,” Gleason said.

It’s a situation they say happens far too often.

“When there’s a wrong way driver it’s really a crisis out on the roadway,” said Lisa Miller with the UDOT Traveler Information Center.

But they say when it comes to safety measures – Utah is ahead of the game.

“This is very much a moment-to moment type of notification for us," Miller said. "Here at the UDOT Traffic Operation Center, the operators are trained to listen to key words on the scanners, on the dispatch radios."

“When we hear of one happening in a certain area, we cast a very wide net as far as the notifications are concerned,” Miller added.

Once a notification is received, operators immediately send out a notification to highway signs with the words "wrong way vehicle reported use caution." Drivers within a 10-mile radius of the reported area will be able to see it.

UDOT says they’ve even made their signs more reflective and have added more ‘wrong way’ signs to the side of highways to try and limit confusion.

Now they’re taking it a step further by adding LED lights to the perimeter of the signs in high problem areas.

“We want to bring people’s attention to these wrong way signs, let them know that ‘you can’t be traveling on this side of the freeway,’” Gleason said.

UDOT said if you do see a sign alerting you to a wrong way driver, use caution and slow down. If they are coming at you head-on, UDOT tells drivers to turn to the right. They said nine times out of ten that’s the direction they’re going too and you could avoid a collision.