.05 DUI is here to stay and the legislature won’t touch 3.2 beer, but those restaurant signs are going away 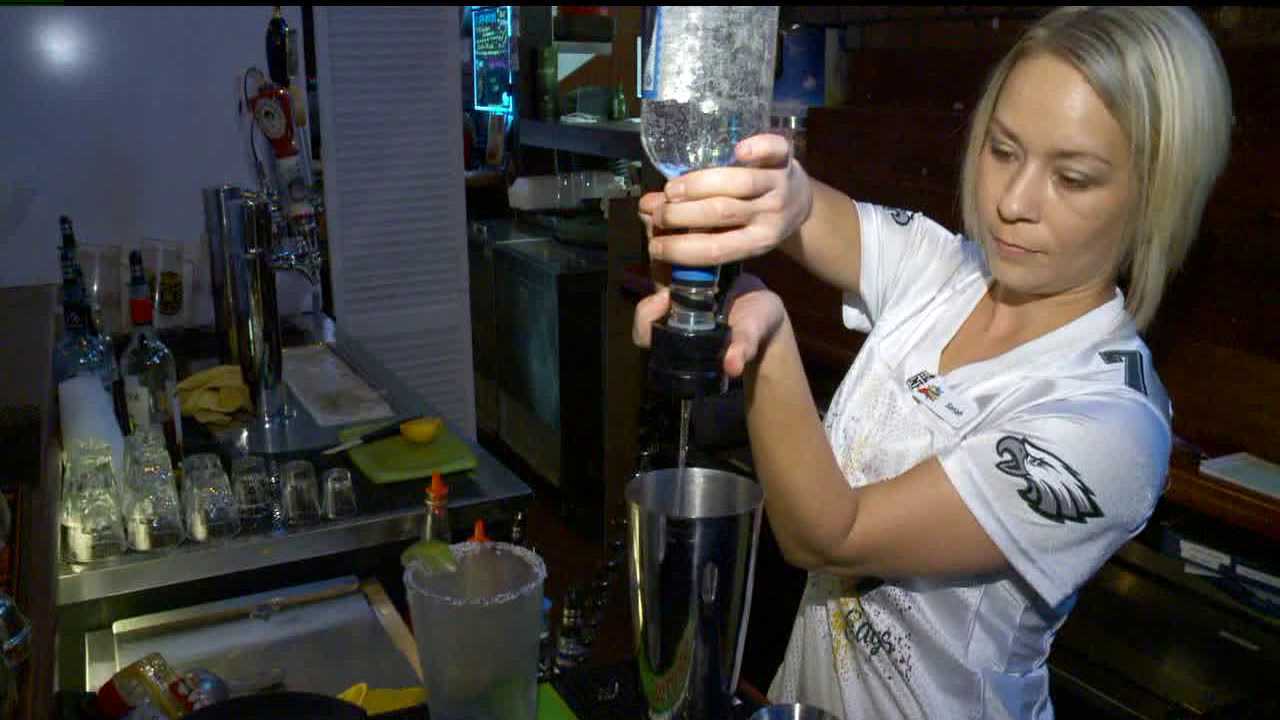 SALT LAKE CITY -- Utah's controversial .05 DUI law will likely go into law with relatively few changes, and the legislature will not touch the topic of 3.2 beer until next year, the House Majority Leader told FOX 13 in an interview.

However, the legislature will take up a new liquor bill in the last two weeks of the 2018 session.

DABC Compliance Director Nina McDermott holds up the template signs that every Utah bar and restaurant will have to display on April 25, 2017. (Photo by Ben Winslow, FOX 13 News)

The biggest change is restaurants will no longer have to post signs that declare "This premises is licensed as a restaurant." The signs were a requirement as a condition for restaurants taking down their "Zion Curtains," those walls that prevented patrons from seeing drinks being made.

"It just seemed to me that sign was really adding any value and helping clarify what the requirements would be for that establishment. Bars are different," Rep. Wilson said.

Bars will still have to post the signs, with additional language stating that no one under 21 is allowed inside.

In an interview with FOX 13 on Thursday, the House Majority Leader revealed he was planning a few other tweaks, including easing some of the 10-foot buffer zone required between children in the a bar area of a restaurant with a small footprint. He was still planning to require places licensed as both bars and restaurants to implement an eight-foot wall between the two, but said it could be translucent.

Lincoln Schutz, a lobbyist for the Salt Lake Area Restaurant Association, said overall they were happy with the bill.

"There’s some tweaks being made that I think are going to address some of the small establishments," he said.

Rep. Wilson, who ran the last major piece of liquor legislation, said there was no plans to address 3.2 beer in Utah. As a result of other states abandoning the product in favor of heavier brews, major breweries have said they will stop making some brands. It's led to fears that grocery and convenience stores could lose a lot of products on shelves unless lawmakers change the legal definition of beer to put heavier brews on store shelves.

"We don’t expect any changes to 3.2 beer this session. That hasn’t gone into effect yet and we haven’t seen any changes to this state," Rep. Wilson said.

His Senate colleague on liquor legislation, Sen. Jerry Stevenson, R-Layton, has said they may wait until 2019 to deal with it. Mid-October is when some major distributors have anticipated a draw-down in 3.2 beer products.

On the highly contentious .05 DUI law, Rep. Wilson told FOX 13 he expects it will go into effect on New Year's Eve with few changes.

"We don’t have any compromise with that and I think at this point this is going to be the law of the land," he said.

There is one last-shot bill to delay .05 DUI from going into effect until 2022. Rep. Karen Kwan, D-Taylorsville, acknowledged tough odds in the legislature, but said she wasn't giving up.

"We don’t have consensus on what to do as far as implementation, doesn’t it make sense for us to slow down and figure it out?" she said.

Rep. Norm Thurston, R-Provo, said he was thrilled his law was going into effect with few changes.

"I’m excited because it will save lives," he told FOX 13.

With nine days left in the 2018 legislative session, Rep. Thurston said a lot of the proposed tweaks dealing with concealed weapons, immmigrant and novice driver licenses and other modifications may have to wait until next year -- after the law has taken effect.

"There’s really noting that would be overly dramatic if we didn’t do it next session," he said.

"Obviously the stigma that it leaves on Utah is something we’re concerned about, tourists who come to the state," he said.