Utah senator does a little day drinking, then presents a bill to delay .05 DUI law 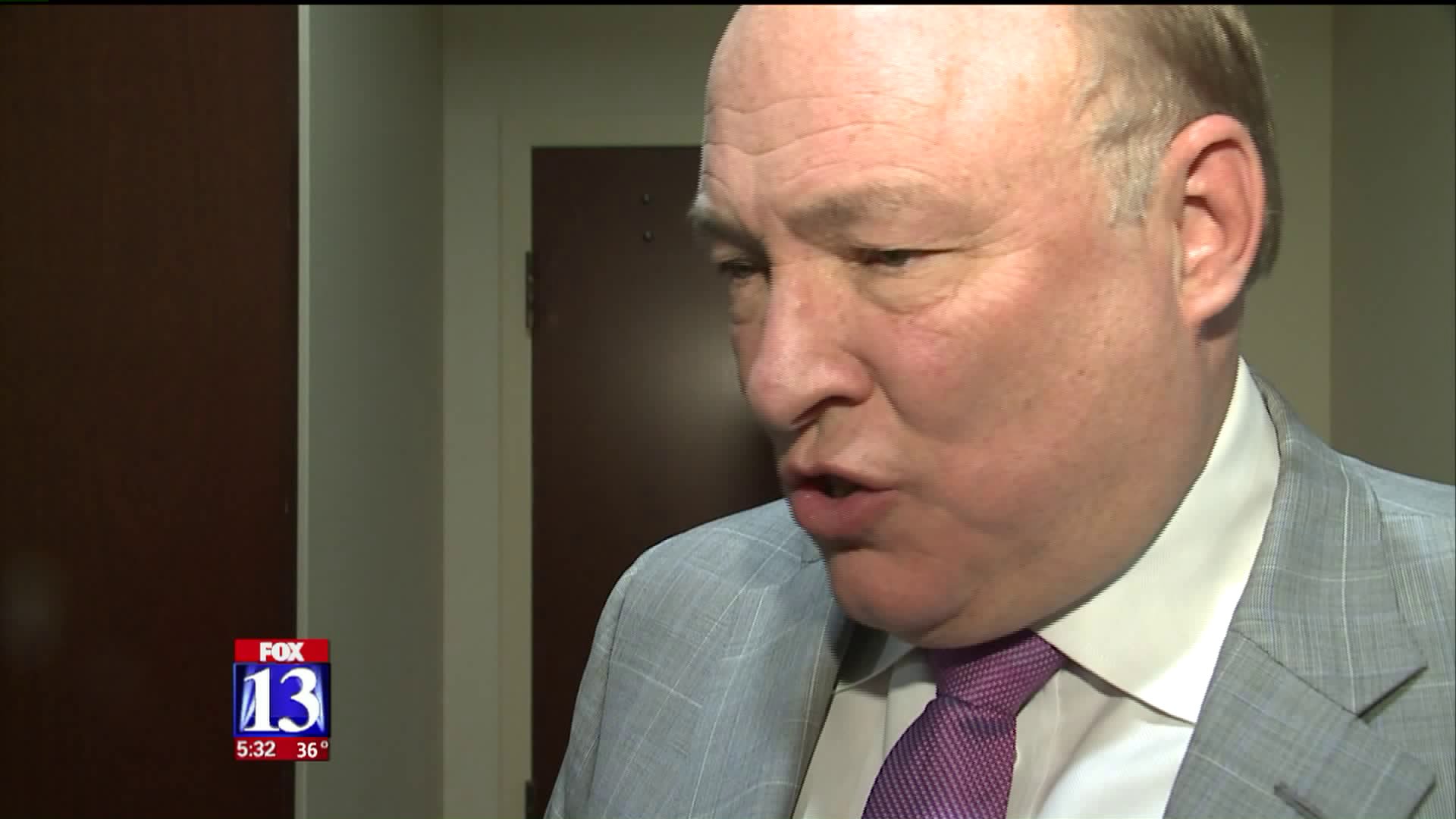 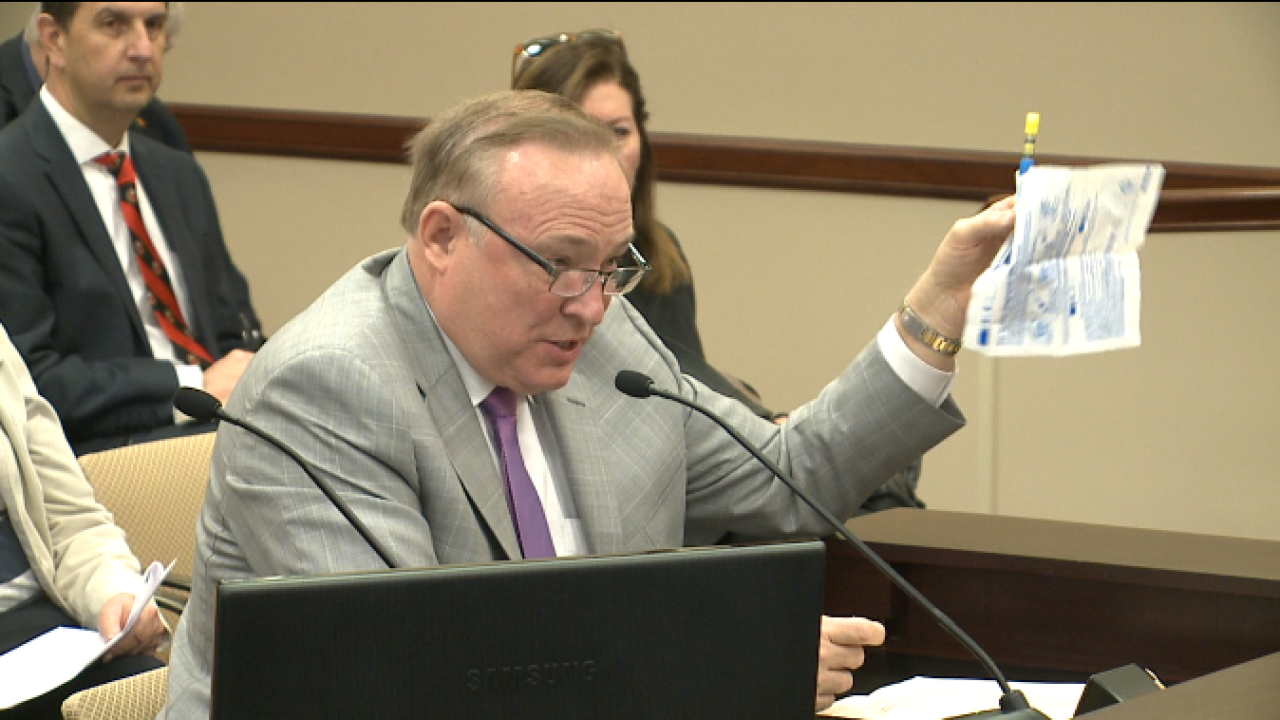 SALT LAKE CITY -- Sen. Jim Dabakis had a pair of mimosas with breakfast and then proceeded to present a bill to delay Utah's controversial .05 DUI law from going into effect at the end of this year.

Sen. Dabakis, D-Salt Lake City, waved a breathalyzer and declared he was above .05 as he presented Senate Bill 210, that would delay the DUI law until at least three other states passed similar legislation.

Sen. Jim Dabakis, D-Salt Lake City, waves a breathalyzer in a committee hearing and announces he has a BAC of .05. (Image by Kevin Walenta, FOX 13 News)

"My entire presentation has been at .05 and you may say that's evidence of why we want the law," he joked. "I'm at .05 and I feel perfectly fine. This is just a terrible, terrible policy."

The law, passed last year, has been the subject of protest and international attention. When it goes into effect on New Year's Eve, Utah will have the nation's toughest anti-drunk driving law. Supporters have insisted the legislation will save lives and has already had an effect -- that people are already opting to take a ride-share or not drink believing the law is in effect.

"Look, there is no, zero, scientific evidence that shows that .05 DUI is going to save lives," Sen. Dabakis said. "There's some hope and speculation... there is absolutely no evidence."

"We have to have courage to do what it takes," Sen. Adams said, arguing in favor of the new law.

The bill faced vigorous public comment for and against it. Michele Corigliano of the Salt Lake Area Restaurant Association said local restaurants were already reporting a decline of 10 to 30-percent sales as a result of the law. Ski resorts had already reported cancelations from visiting tour groups specifically citing .05 DUI.

"Those that drink feel targeted by those that don't," she told the committee.

Art Brown, who had family members killed in a drunk driving crash, said the law should stand.

"I would ask that this bill die in this committee so others may live," he said.

Kirsten Park said the Utah State Legislature has not addressed distracted driving or other problems that cause crashes, but have elevated .05 DUI to the top of the list.

"This legislature has a reputation about being first on things, which I love about it," Park told the committee. "It also means we're the first to bear the brunt on consequences."

Gayle Ruzicka of the Utah Eagle Forum disagreed that the new law had a negative impact on Utah. She urged the state to tout it as a benefit.

"I say come to Utah because we are safe," she told the committee.

Rep. Norm Thurston, R-Provo, who authored the DUI law motioned to TV cameras filming the hearing and said coverage of it will make some people think twice about driving drunk.

The bill was tabled on a 3-2 vote, meaning it is likely dead this session. Rep. Karen Kwan, D-Taylorsville, has a bill that would delay implementation of the law until 2022 to buy the legislature more time to work out problems with it. That is scheduled to be heard next week.