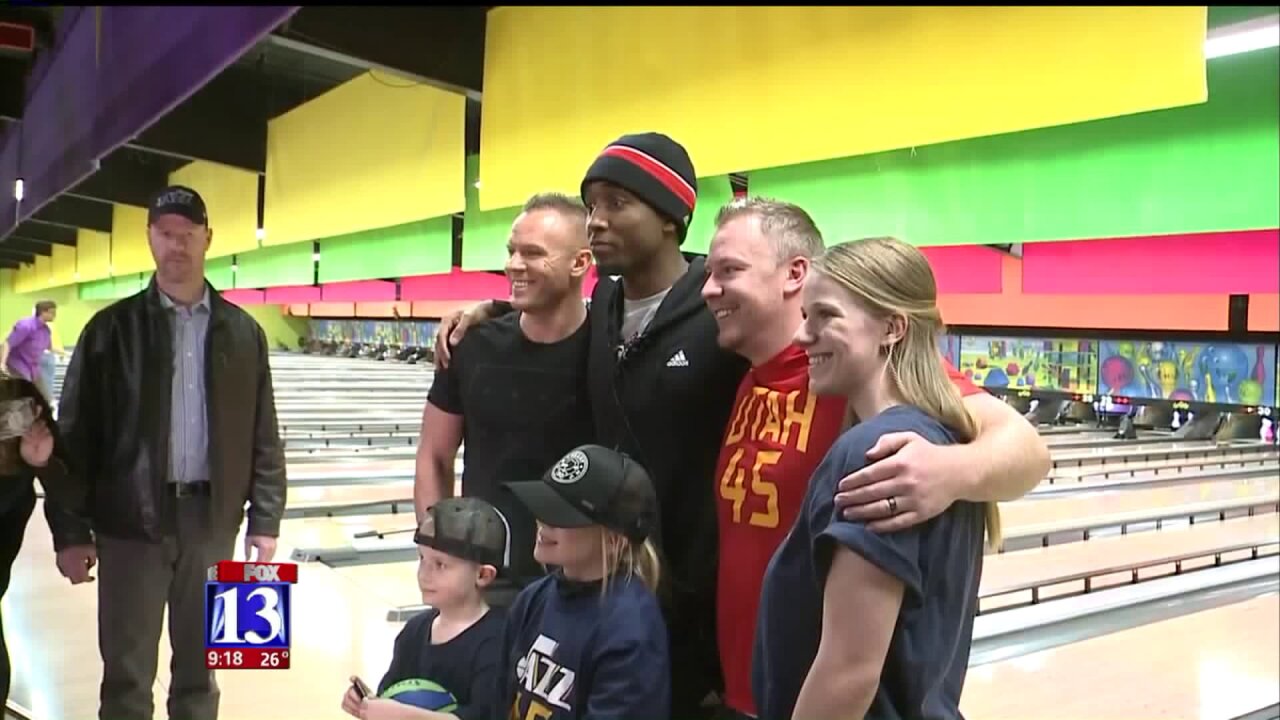 “You know, as a kid I loved bowling and there was a bowling alley by my house, and, you know, who can’t love bowling,” Mitchell said.

Mitchell is far from claiming to be a pro-bowler, but he did make an appearance on Wednesday night at Fat Cats Entertainment Center in Millcreek to the delight of his fans.

The event was a partnership with Strikes for Kids, a national non-profit working to raise money to stuff backpacks with school supplies for kids in need.

“I ask them, do they do their homework? Do they listen to their parents? Cause those are two things I really didn’t do at a young age,” Mitchell said.

The event was planned at the beginning of the season, long before Mitchell started to rise to NBA stardom.

“We just picked a date, like, ‘Hey we’ll do it after All-Star weekend’ not realizing what was going to happen and it just kind of grew and grew,” said Joe Allen from Strikes for Kids.

The backpacks will be distributed with the help of local Boys and Girls Clubs.

“Just understanding, you know, you’re not too big for anybody and I just want to go out their and make an impact at least somebody, someone,” Mitchell said.