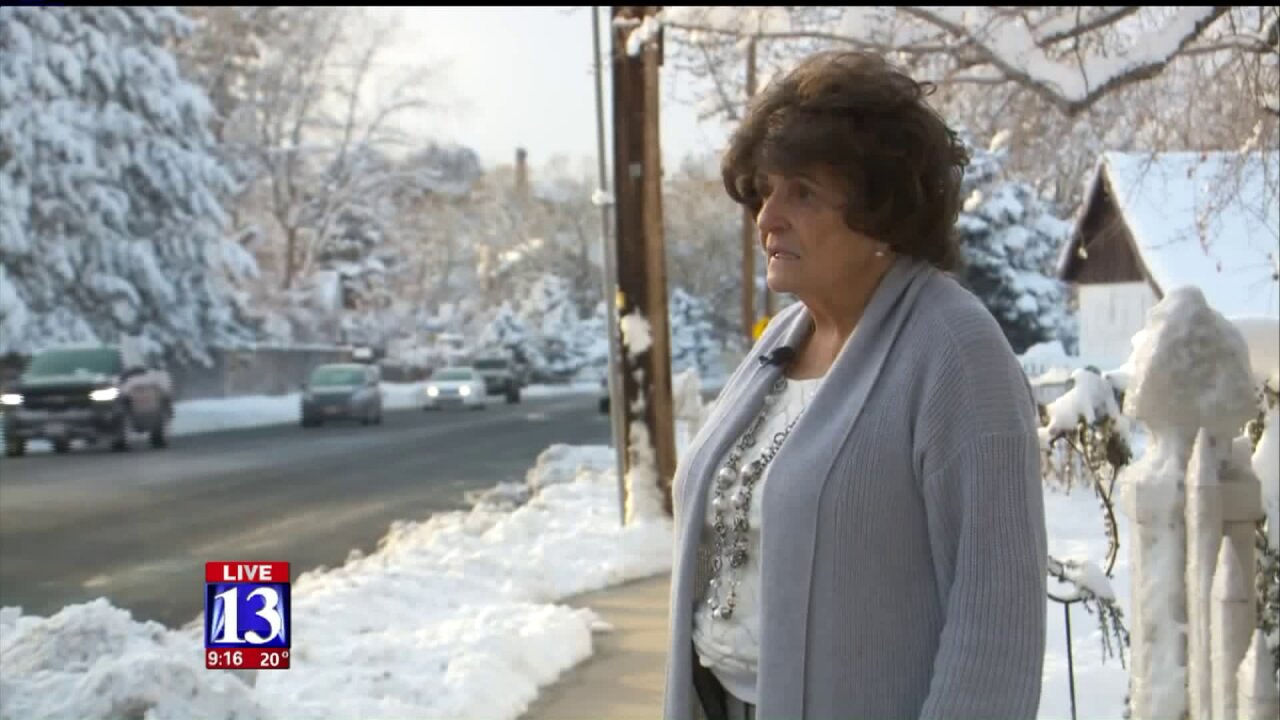 COTTONWOOD HEIGHTS, Utah - A Cottonwood Heights woman worried she was going to get a ticket after she watched a private snowplow company push all the snow from a parking lot onto her sidewalk.

Marian Haws is in her 80's and knew she could never shovel it herself, so she panicked and called 911. The response she got is not one she was expecting:

Dispatch: Police and fire dispatch how can I help you?

Marian: I am 83-years-old I try to keep my sidewalks clean but I can't move what they put there today.

Marian: I threw my fist at him barefooted and in my pajamas and he turned around and went back into the area.

Dispatch: We are police and fire dispatch not-

Marian: I understand but the police should get involved in something that is in violation of Cottonwood homeowner should they not?

Dispatch: We will have an officer dispatched as soon as possible ok?

Marian: Well, I don't even know if they need to come...

After finding out what happened and realizing Marian couldn't move the waist deep snow herself, he decided to help.

“He says, ‘Where's your shovel?’ And I said this is beyond your call of duty. I didn’t call you to have you snow shovel for me and he said, 'no, where’s your shovel,'" Marian said.

Then the officer went to work clearing the snow away from her fence and off her sidewalk.

“An angel an earth angel is what he was,” Marian said.

Within twenty minutes Marian's sidewalk was clear all thanks to the Cottonwood Heights Police Officer Sioape Lautaha.

“What would I say to him? Thank you for going above and beyond the call of duty and thank you for letting me know I’m safe and that if I have an urgent call I can know they will be here,” Marian said.

The officer was camera shy and did not want to be interviewed, but Marian just wanted the community to know how great he is. Marian also didn't want FOX 13 to mention the snow plow company's name because they have since apologized and promised it won't happen again.