Loud and liberal, Sen. Jim Dabakis calls it quits in the legislature 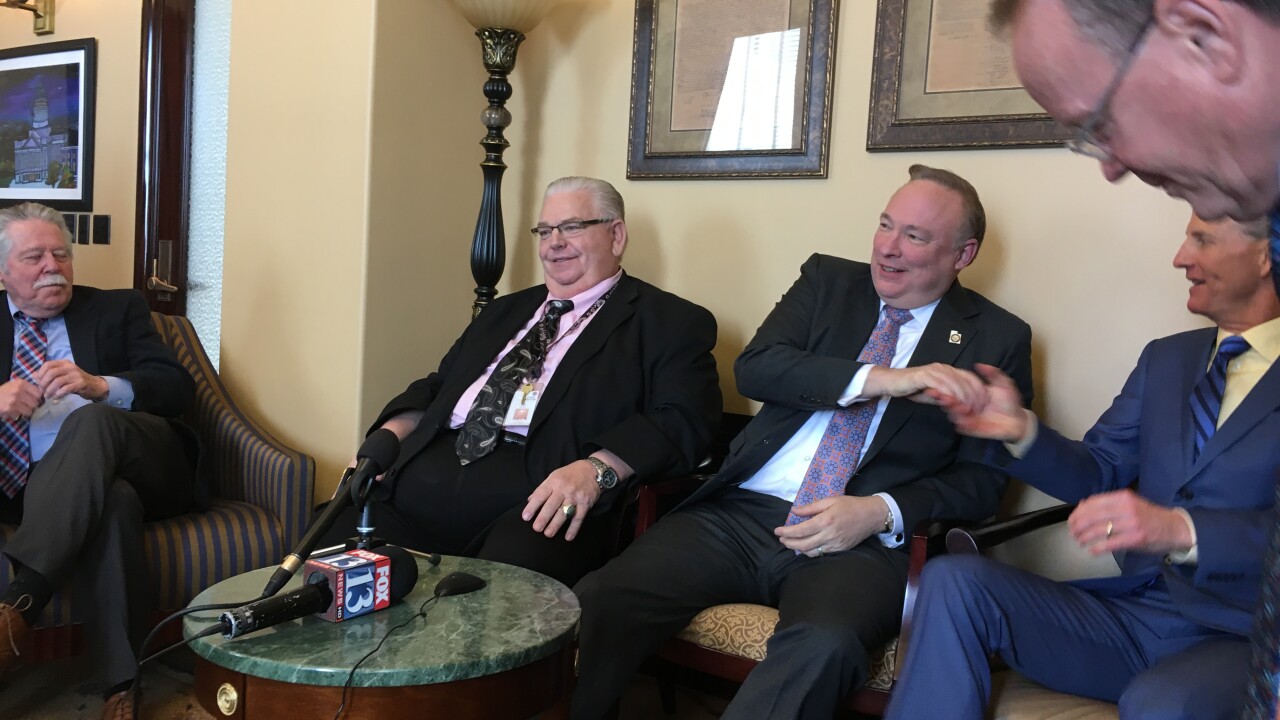 SALT LAKE CITY — Sen. Jim Dabakis, the most liberal and outspoken lawmaker in the Utah State Legislature, is retiring at the end of the session.

In a surprise announcement, Sen. Dabakis said he would not seek re-election after six years in his left-leaning Senate district representing Salt Lake City’s Avenues and Downtown neighborhoods.

“I feel like six years is long enough,” he told reporters on Tuesday. “Everything I can say, I’ve said. I’m ready to move along.”

Sen. Dabakis, who is known for marshaling an online army of liberals to causes in Utah, passed no bills over the past few years in the legislature. Still, he insisted that he has been successful in office. He said he worked behind the scenes to shepherd legislation through, even if his name was not attached.

His announcement stunned many of his Senate colleagues and those in the Utah Democratic Party. Senate President Wayne Niederhauser praised him, as did Senate Majority Whip Stuart Adams.

“Even though he was the voice of opposition, I’ve found him at times to be the voice of reason,” Sen. Adams, R-Layton, said.

Sen. Dabakis would not say what his next plans are. Asked directly if he planned to run for Salt Lake City mayor, he told FOX 13: “I’m not thinking about that.”

“I need to spend some time with my husband and some time just having a good life. It’s been a sprint for six years,” he added.

As the only openly-gay member of the Utah State Legislature, Sen. Dabakis said it was sad if he were the last.

“The ability to have actual real live gay, lesbian, transgender and bisexual people in the body and there making the decisions, sitting on the other side whether it’s judicial confirmations or issues I think is really, really, important for this state,” he said.

Sen. Dabakis joked that he wanted his colleagues to remember him by placing a plaque next to a vent in the Senate building. It’s a vent, he said, that blows hot air.