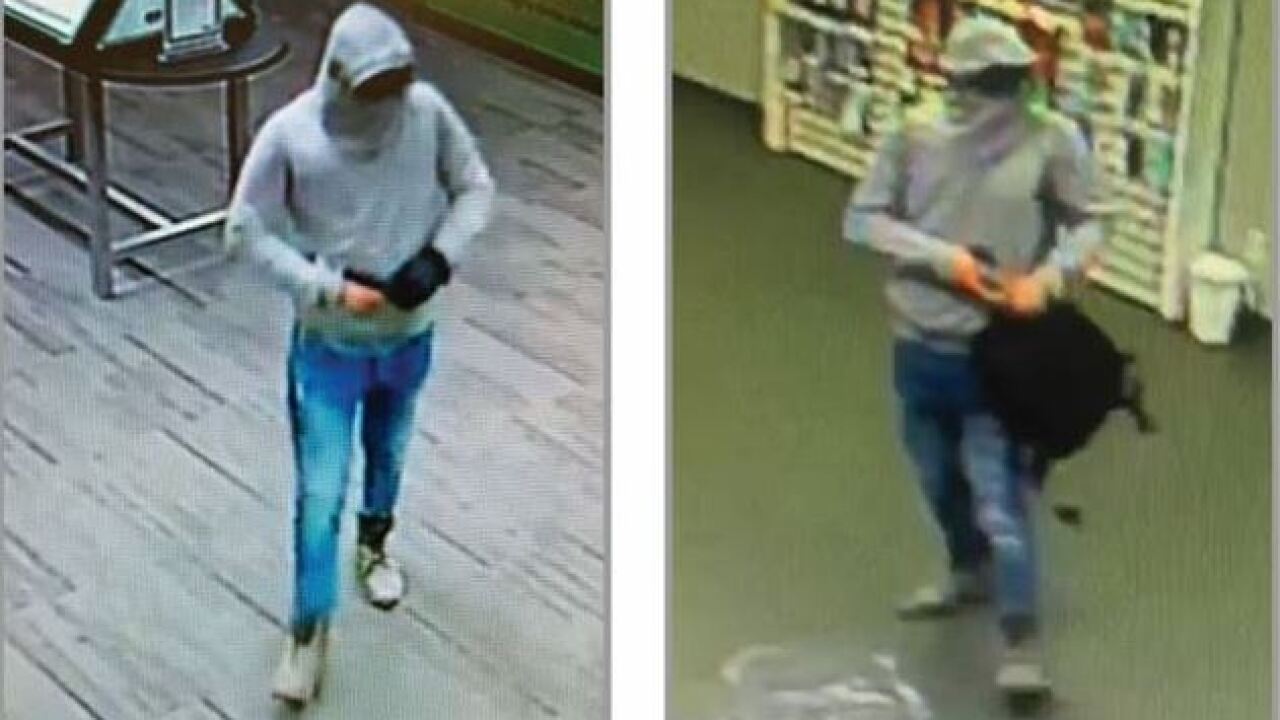 A suspect in a spree of robberies at cell phone stores. Image courtesy SLC PD.

A suspect in a spree of robberies at cell phone stores. Image courtesy SLC PD.

SALT LAKE CITY — Police in Salt Lake City are hoping the public can help them identify a suspect wanted in connection with several armed robberies at cell phone stores.

The suspect is pictured in surveillance photos and is described by police as a “possibly Hispanic” male adult who stands 5-feet, 5-inches tall with a slim build. He has dark hair and dark eyes.

Police say the man uses a black handgun in the robberies, which began in mid-January. The latest robbery occurred February 15.

Anyone who recognizes the man or who has information about the robberies should call police at 801-799-3000.

“Anonymous tips may be sent by text to 274637. Please start your text with TIPSLCPD, which routes it to the police department. Then include any relevant information. Reference case #: 18-19187.”