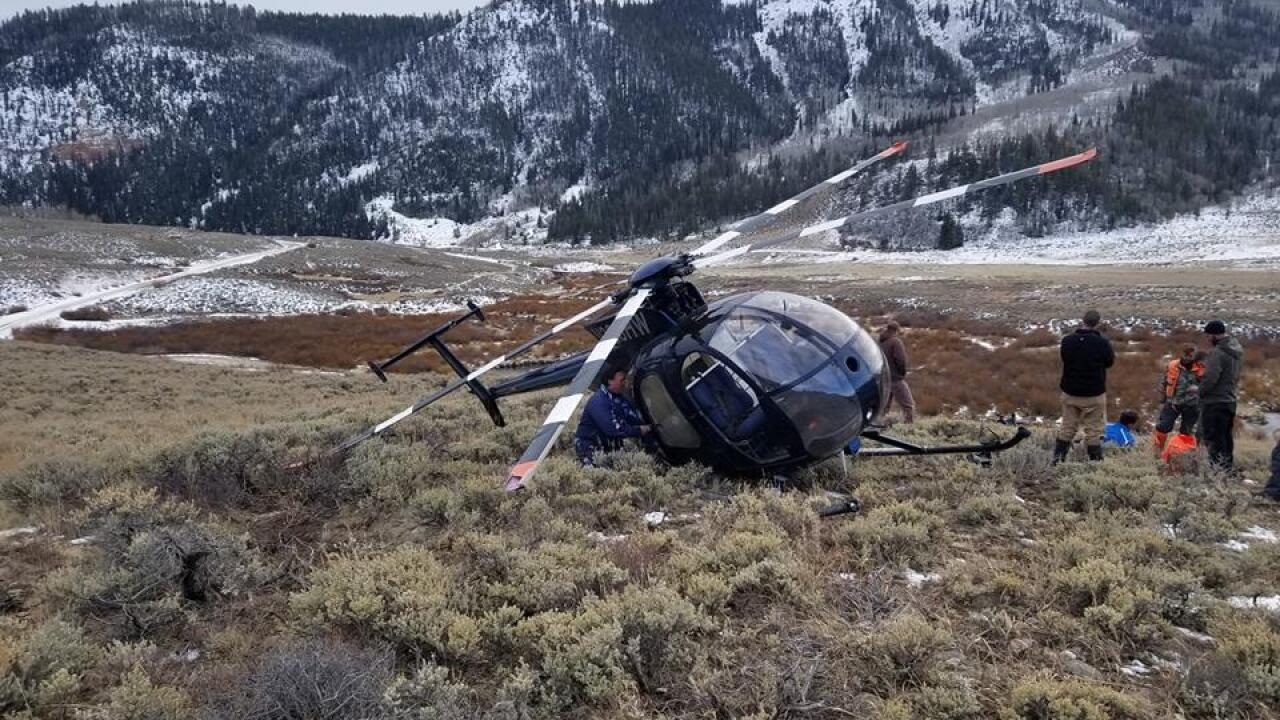 WASATCH COUNTY, Utah – Authorities are investigating after an elk brought down a helicopter in Wasatch County.

According to the Jared Rigby with the Wasatch County Sheriff’s Office, authorities received a distress signal from the aircraft at about 4:30 p.m. Monday.

Search and rescue teams and Fruitland EMS responded to the remote area near the Current Creek Dam.

“A helicopter crew was in the process of capturing Elk for the state of Utah,” Wasatch County Search and Rescue wrote. “The cow elk somehow jumped up and hit the tail rotor of the chopper. This almost severed the tail rotor and ended the flight of this chopper.”

The two people who were aboard the helicopter suffered minor cuts and bruises.

The helicopter is a total loss.

“Not something you see every day when an Elk brings down a chopper,” search and rescue wrote.

The Utah Division of Wildlife Resources has been tracking the migration patterns of the elk and contracted the pilots.

DWR officials said the elk did not survive the incident.