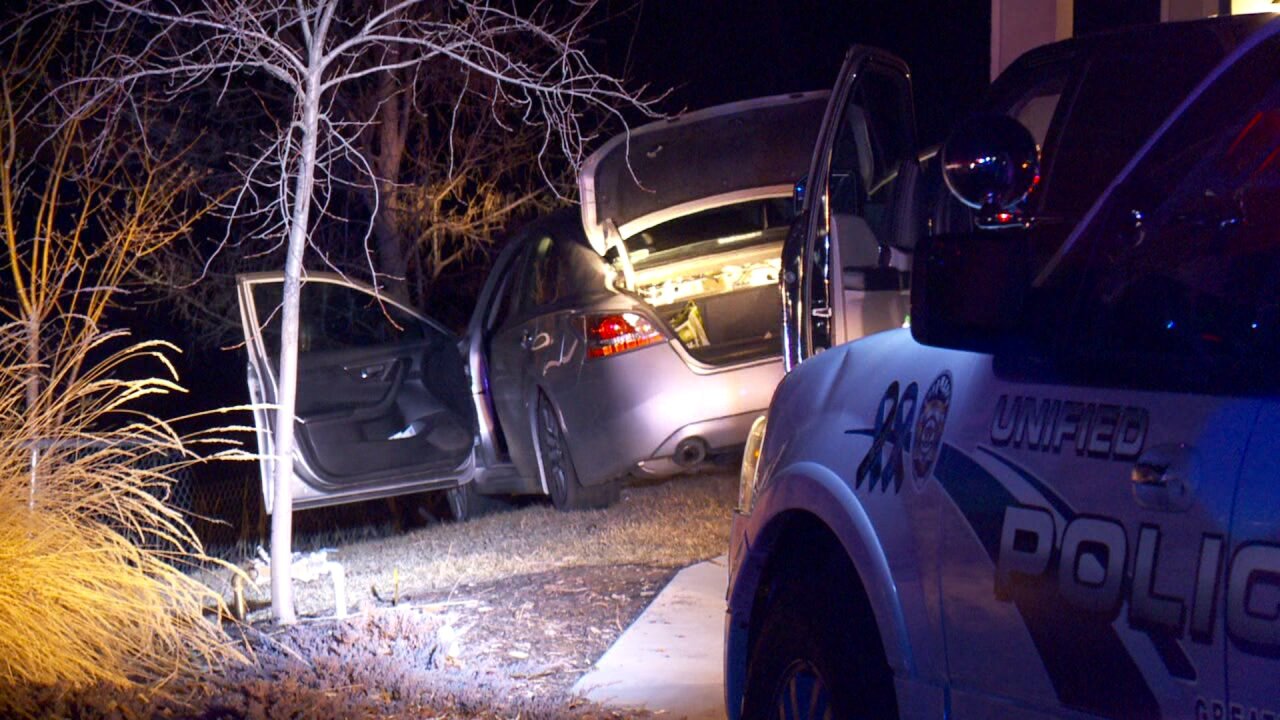 MURRAY, Utah – Authorities are searching for a suspect after they tried to stop someone driving a stolen car in Murray.

Officers said the suspect ended up crashing the car into a light pole and came to a stop in the front yard of a home near 4500 S. and Lochnivar Ct. (300 E.).

There the suspect ran from the crashed car.

K-9 officers searched for the suspect but were not able to find him.

“Check your surveillance. If you see anything suspicious, definitely call 911 and Unified or Murray Police Department, depending on which side, and we’ll get out here and check it out, in case we don’t get him in custody,” Murray Lt. Paul Barker said.

Detectives are going through a phone found in the stolen car to identify the suspect.

The car was reported stolen in Magna.